Fatal crash between bus and train in Bunnythorpe

A collision between a bus and a train near Palmerston North has resulted in the death of the bus driver, and the injuries of 40 passengers.

Emergency services were alerted to the serious crash just after 8am at the intersection of Railway Road and Clevely Line in Bunnythorpe.

St John said it assessed 40 patients at the scene, including Feilding High School students, and injuries range from mild to moderate. 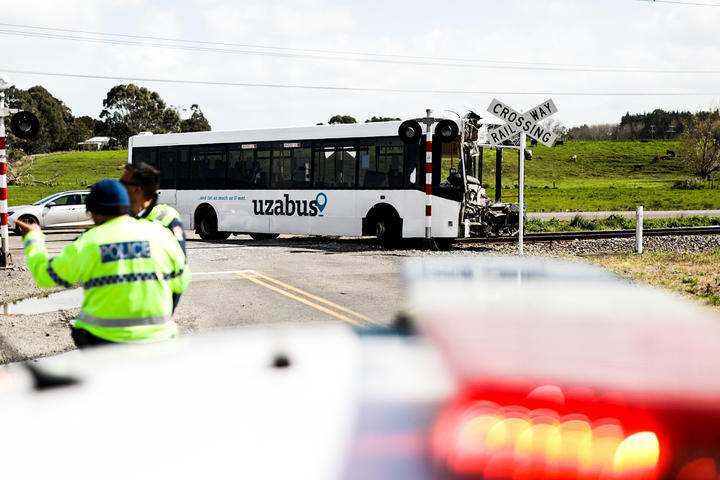