Butterflies are not only beautiful and remarkably diverse, they're also an integral part of the ecosystem, says Dr Leilani Walker from the Auckland Museum. 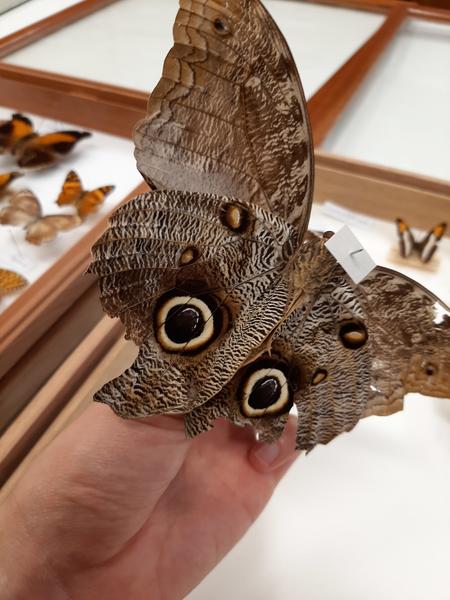 An owl butterfly(calligo species) from the Auckland Museum's butterfly collection, known for their huge spots that resemble eyes. 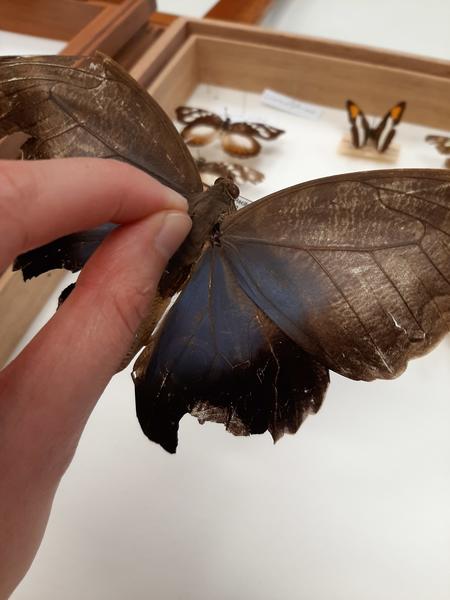 An owl butterfly(calligo species) from the Auckland Museum collection. The species are found in Central and South America. 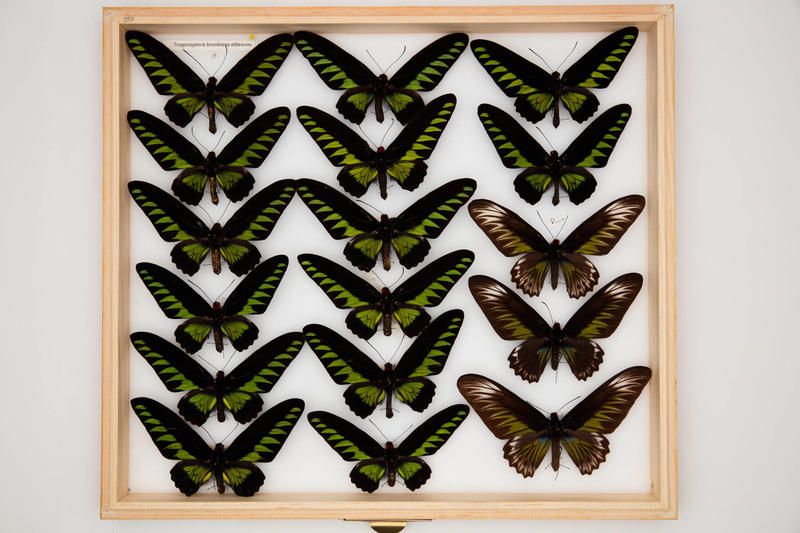 Rajah Brooke's birdwing butterflies (Trogonoptera brookiana species) from the Auckland Museum's butterfly collection. These butterflies are protected and can be intercepted by DoC at the border. 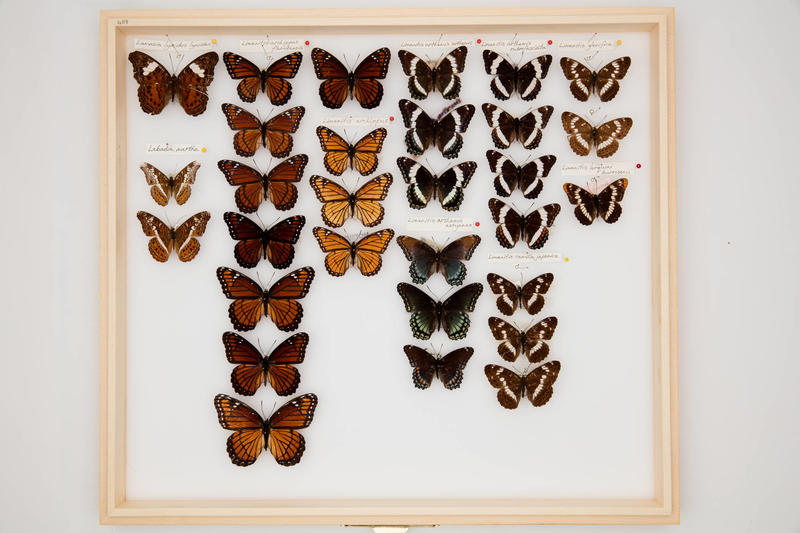 The viceroy (Limenitis archippus) - its colour and pattern mimic the monarch butterfly.

The museum has a unique collection of 10,000 foreign butterflies, sourced from Asia to South America, and donated by a range of collectors.

Vistors can appreciate the beloved insect in all its colours, shapes and forms, she tells Jesse Mulligan.

Dr Walker is the RT Shannon Assistant Curator of Entomology at the museum - a job funded through the Ray Shannon Trust.

Ray Shannon was a New Zealand collector who began acquiring butterflies while stationed in the Solomon Islands during World War II and subsequently amassed thousands of specimens from across the globe. He donated his 13,000-strong collection of butterflies to Auckland Museum, along with many butterfly books.

The museum has its own butterfly collection which offers just as much variance as Shannon’s, Walker says.

Butterfly collections play a role in the protection of the insect, Walker says.

“It’s a great way for us New Zealanders to see the great diversity of Lepidoptera, things like moths and butterflies overseas, because genuinely I think it’s difficult to appreciate them without being able to see them.

“But also, as a researcher, museums create this amazing network throughout the world and there are collaborations between museums and institutions. We have some specimens dating back 100 years, specimens that are now endangered or protected and in a kind of global effort, that collection is actually hugely important for furthering the study internationally.”

Huge butterfly collections come with significant logistical challenges, Walker says, especially the need to document and present the butterflies in a way that reflects their relationships, functions and patterns.

“The reason my role exists, to deal with this specific collection, is that the biggest challenge with any museum or library is that just isn’t enough space.

“There are about 150-odd boxes and drawers full of these butterflies… my job is to go through the entire collection, identify them, make sure they’re in the database, arrange them in a way that is meaningful for anyone who comes later and then get them prepared for long-term storage offsite.”

Walker's favourite New Zealand butterfly is the Red Admiral. The collection includes close overseas relatives of the Admiral, which have different 'eyespot' markings.

“It’s really rare to see all the international family of the species represented in New Zealand. So that’s a real treat.”

Variety between butterflies is huge as they've had 120 million years of evolution and adaptation to many different environments around the world, Walker says.

The South American owl butterfly, for example, evolved spots on its wings that look almost exactly like a owls’ eyes, many believe to ward off predators.

Other butterflies commonly have eye-patterned wings, although different theories abound as to why these ‘eyes’ exist, Walker says.

“We have our own reasons for why butterflies have evolved in this way, but these are likely to vary for different species.

“Is it that if you are a predator and you kind of get a flash of that eye do you get frightened away? Some people suggest that if you have an eye on the wings a predator is more likely to attack the eye and therefore the body of the butterfly would be fine.

“Alternatively, is it some kind of sexual signal between males and females? That’s an ongoing field of study.”

Monarch butterflies ingest toxins from plants, which make them unpalatable to birds and their bright colours signal a warning to not to eat them.

In the process of evolution, other butterflies that are palatable have, nonetheless, developed these warning colours, too.

Scary patterns and colours fail to save monarchs and other butterflies from wasps, however, which are their main threat in New Zealand, along with pesticides and the destruction of their habitat.

Apart from the dreaded white butterfly that ruins cabbage and other garden vegetables, butterflies are useful to humans and perform roles that we're not yet fully able to comprehend, Walker says.

“Butterflies are part of that network community of the environment and just because we can’t identify the specific ways that they help us – and they do help us with pollinating plants and things like that – even if that economic benefit for us is not huge, it’s kind of impossible to pull them out of that web of community without impacting everything around it.”