Sir Jonathon Porritt: A decade to confront the climate emergency

Environmental activist Sir Jonathon Porritt says climate breakdown is both an urgent challenge to our economic orthodoxy and our spiritual and material evolution as a species. 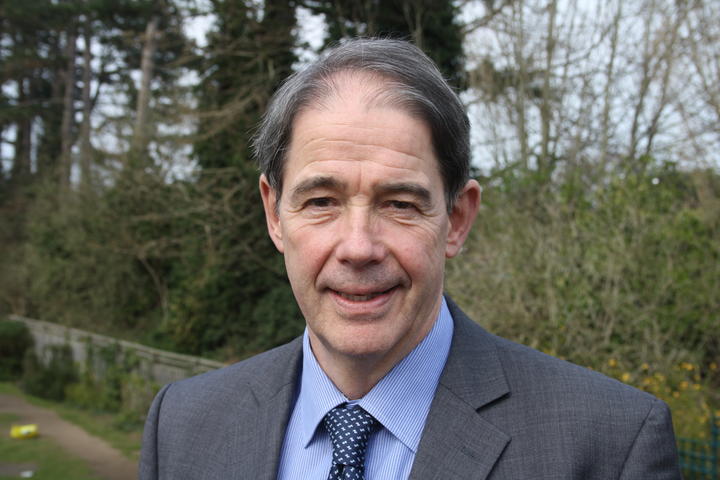 Sir Jonathon expresses a new sense of exasperation in his book, Hope in Hell: A Decade to Confront the Climate Emergency, stating we have a decade to address the problem.

The son of former Governor General of New Zealand ,Colonel Arthur Espie Porritt, is now calling for civil disobedience to rescue the planet and secure our children's futures.

He is calling for intergenerational solidarity and nonviolent civil disobedience. The prolific writer tells Jesse Mulligan this book had been the hardest to write as he surveyed the inaction of politicians in the face of an impending catastrophe.

“Obviously I’d tracked the debate about climate change to my time with Friends of the Earth in the mid-1980s when we launched our first climate change campaign. The facts are not new to me, the science is not new, but the reality of the speed in which things are moving, that took me by surprise.

“I spent two months last year in 2019 reviewing the science, seeing where it had got to, trying to understand some of these so-called 'feedback loops' - how one change in one system affects so many other systems. I think even as a pretty-well informed person about climate change I was really shocked just to see how far things had drifted in terms of the gap between the science and the very limited actions that had been taken by the politicians.”

“People need to have an emergency mindset, not this incremental bit-by-bit ‘don’t worry, some technology will crop up and we’re get it sorted out in due course’. We can’t rely on that any longer. It hasn’t served us particularly well so far and it would be utterly disastrous if we kept on with that kind of approach."

“I’m in that camp that says, if it’s an emergency, which the science tells us it indisputably is, then we have to have emergency responses from political systems, from investors, from businesses, from civil society. We can’t just let it drift for another decade, because if we do, it may be then too late to drag it back to something that would give us much greater security for the future.”

Porritt is brimming with hope, however, even though the evidence to date mitigates against optimism. But it is precisely because of the severe signs of breakdown that people may now be pushed to take decisive action.

“Up until now there was a position that said we really have to move fast on this. Another position said, ‘no we don’t, we can defer it right off into the distant future and now we know that there is no deferral. Any deferral, any climate delay is just another form of climate denialism."

He says crises such as the Copvid-19 pandemic have demonstrated a need for radical change.

“Covid-19 the pandemic is just a picnic in comparison to what would happen if our precious planet was engulfed by runaway climate change. So, we know we can respond and move into a different way of responding when we have to and that gives me some hope that we may now see the desirability of doing this on an emergency basis.”

The significance of the Black Lives Matter movement and racial justice protests haven’t escaped Porritt's attention, with civil disobedience creating a pressure and focus on the need for structural changes and institutional reform in the US.

“We have to make sure we understand just how closely connected these things are. Environmental justice, social justice, the campaign against racial inequality – these things all are part of parcel of the same attempt to get a much better system of governance into world affairs.”

He says science remains the foundation to climate action and activists must be informed by it, but equally an appropriate emotional reaction is important as it compels people to act.

Science has defied attempts by corporations, dictatorships and politicians to stifle its efficacy, but compassion and a hunger for justice must be built into campaigns for transformative action, he says.

“The science is now rock solid, it has been rock solid for a very long time and there are very few people left any longer who deny what science is telling us… But equally we have to build a lot more empathy for people around the world whose lives are already profoundly affected by climate change. We have to build in a much greater understanding on the need for climate justice, for a justice transition to a low-carbon future.”

[qullquote] I think we’ve been dogged in a way by describing climate change as an environmental issue when, in reality, it’s been a challenge to the conventional economic orthodoxy of permanent economic growth indefinitely into the future.

He says vested interests have known about the trajectory a reliance on fossil fuels and an economy based on consumerism and exponential growth would take us.

“We’re beginning to understand a bit more clearly now just how dastardly the behaviour of the big oil and gas companies was back in the 1970s and 1980s. They knew everything about the science of climate change by the early 1980s. They had mapped out exactly what would happen if we continue to emit larger volumes of greenhouse gases into the atmosphere.”

The signs of climate crisis are already here and have arrived much earlier than scientists had predicted. Bushfires in Australia and recent Arctic ice melts have been shocking examples, he says.

“This isn’t really a future horizon problem. This is a very present real-time horizon in the lives of more and more people, which means we have greater reason to act now than we’ve ever had before.”

Porritt says it is also important to point out the intersectionality of climate crisis and that it can’t be separated from the issue of social justice and the free market and political economy of the world. 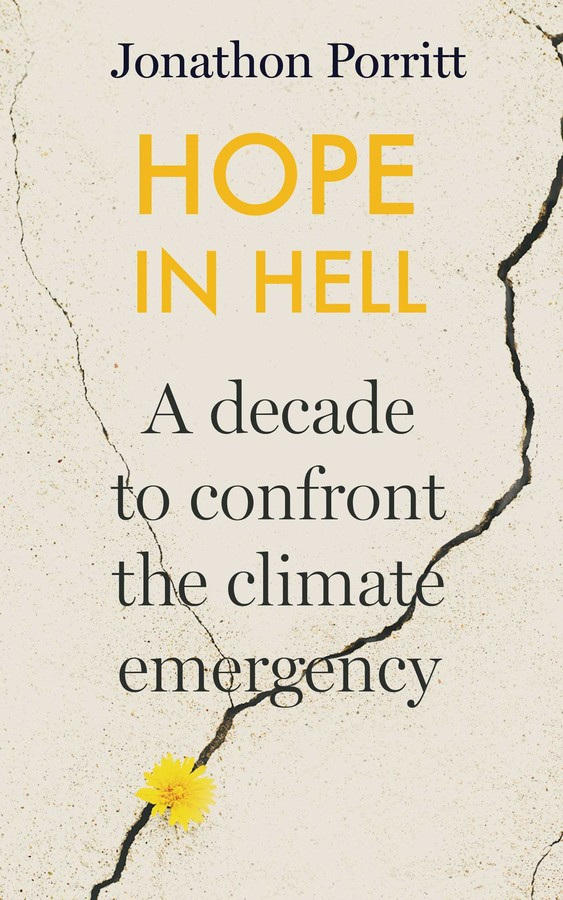 “I think we’ve been dogged in a way by describing climate change as an environmental issue when in reality it’s been a challenge to the conventional economic orthodoxy of permanent economic growth indefinitely into the future.”

He praised political parties in New Zealand that were attempting to put the concept of well-being at the heart of economic policy “as opposed to the default of economic growth at all costs”.

“It’s not going to be easy. It’s hard, but it’s really important that countries now seek to take that on.”

Beyond that a more profound change beckons – one concerning how humans see their place in the world and our spiritual values translate into a new way of being and relating.

“It’s about our sense of who we are and that dips right down deep into philosophical concerns and virtual issues and it’s odd in a way that we sought to put climate change in this little environmental box, when actually it affects every single aspect of who we are personally and what we are culturally and what we aspire to be as the human race.”

Māori values regarding custodianship of the land have been inspirational to him.

Porritt set up the Aoteoroa Circle - a partnership of public and private sector leaders committed to pursue “sustainable prosperity” while reversing the decline of New Zealand’s natural resources.

“At the heart of the Aoteoroa Circle is the sense that we have to, not just retrieve what is in the teaching and depth of cultural understanding in Māori, but we have to put that at the heart of what we’re trying to rebuild a sense of what progress means."

He points out that New Zealand is uniquely well-placed to take a world leadership role in this transition, with hydro-schemes already generating more than 80 percent of the country’s electricity.

But a complacency has crept in, as the possibility of a 100 percent renewal energy status is greatly achievable and hasn’t been pursued. Electrified forms of transport are also a challenge that the country is able to step up to, with the political will.

More difficult, however, is the wider structural changes needed to the economy.

“Always you have to come back to land use, to farming, to forestry because this underpins so much of the prosperity of New Zealand.

“This is a much tougher challenge – trying to bring New Zealand’s farming systems and intensive forestry systems around to something that would be much more regenerative, gentler on the natural world, but still supporting livelihoods, creating wealth and generating prosperity. But doing so in a way that would not trash the prospects of a future generation.

“That’s the big challenge for New Zealand now, not just in the short-term, but the long-term.”