David Shimer: Russian interference in US elections not new

The author of a new book on covert interference in foreign elections claims Russian president Vladimir Putin has been stoking the flames of the Black Lives Matter movement. 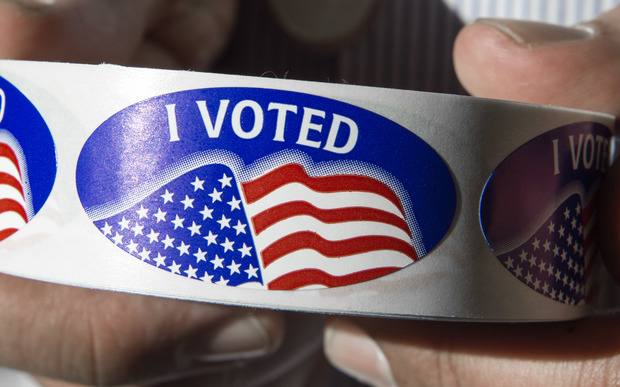 David Shimer, a US historian and political analyst, also says he will be keen to see if Russia attempts to influence the outcome of the US presidential election in November, claiming its intelligence operatives have the technical capacity to tamper with the vote tallies.

David Shimer’s book Rigged: America, Russia, and One Hundred Years of Covert Electoral Interference, looks at much-debated Russian interference in the 2016 US election, when Democrat Hillary Clinton lost to populist Republican billionaire Donald Trump. It also documents other instances of interference by state players over the past century.

He tells Jesse Mulligan Putin is following a Russian intelligence tradition of sowing discord as a means of destabilising the United States internally and that the internet now offers new methods of doing so.

The Democratic National Committee in June 2016 announced that a Russian hack of its records had occurred.

In a separate development, Clinton was also subject to an official probe after being accused to sending top secret and classified information from her personal, unsecured device, risking hacking and national security breaches.

Trump accused her the day before the election of deleting over 30,000 emails using ‘bleaching’ software in an attempted cover-up.

An investigation into Russia's role led by ex-FBI boss Robert Mueller found the Russian government had interfered “in sweeping and systematic fashion" and "violated US criminal law". The report stated Russia had attempted to influence the election via social media criticism run by the Internet Research Agency and through hacking and strategic release of information.

Volume I of the report concluded there was insufficient evidence that the Trump campaign "coordinated or conspired with the Russian government in its election-interference activities".

Shimer says such types of covert activity are longstanding and have been employed by government spy agencies across the globe, including the CIA. These attempts to manipulate other nation’s electoral processes and outcomes  remain a threat to democracy, he says.

“What I show in my book is the Soviet Union, the United States and now Russia, have interfered covertly in elections all over the world… These processes have been going on for a century.”

Apart from what Mueller found it his probe, Shimer also says Russia targeted actual US electoral infrastructure in 2016. He comes to this conclusion after interviewing 26 of President Barack Obama’s former advisers.

“What I learned was Russia was inside our electoral systems to the point where they have the ability to alter the voter data and vote tallies of actual US citizens and that’s what captivated the Obama administration’s focus in 2016,” he says.

“The second vector was the hack and release of sensitive emails of the National Democratic Committee as well as John Podesta… and the third thing that Russia did was systematically manipulate social media platforms to spread propaganda, reaching more than 100 million Americans with disinformation as well as accurate information designed to advantage Donald Trump over Hillary Clinton, but also to sow division.”

He also interviewed an ex-KGB general now living in the US, who pointed to Russian trolls actively supporting black human rights activists in the US back in 2016 - another example of a strategic creation of discord, Shimer says.

“That is a very old tool in intelligence. In Soviet days, the KGB, as this general explained to me, they’d use America’s greatest vulnerability, its diversity,” Shimer says.

“They’d try pro-actively to instigate hate crimes, to send hate mail to turn citizens against each other, based on racial, ethnic and religious lines, in order to show the world, as well as people in America, that their country was just a hotbed of hate.

“So, today this discord in America around race, with the mismanagement of a pandemic – this just plays into Russia’s hands.

“That’s why I argue that what America should be doing, and other democracies of the world today, is renewing themselves, by both working with each other and building stronger democracies internally. Because if America were to address its pre-existing divisions and build a better democracy and address issues like systemic racism, to manage the corona virus pandemic in an effective way, that would really help in defence against these types of operations to subvert and divide.”

Most political commentators viewed Clinton as much more interventionist and hawkish in foreign policy than Obama, taking a hardline stance with Russia and backing crippling sanctions imposed on the country. Putin and Clinton had a long history of antagonism. Putin accused her of interfering in the Russian presidential election in 2012.

However, Shrimer says the former KGB general helped him understand that it was important for Putin to sow discord in countries he simply sought to undermine, his own contextualisation of Russia’s preference of Trump over Clinton.

“It’s part of a strategy. If you’re Putin today, if your goal is to not just determine a leader within a democracy but to corrupt democracy, to transform a democracy into a corrupted form of itself, sowing division, discord and dysfunction is essential.

"It is by pitting citizens of the country against one another, by undermining the legitimacy of its processes, by showing the world and its own people that they don’t actually have a viable process of succession - that’s how you destroy a democracy.

"Because you take away the future of that democracy and the trust that citizens have in that process, which allows someone with an agenda like Vladimir Putin - who supports divisive and authoritarian-minded leaders in the hopes of undermining the democratic model as his ultimate end… Donald Trump, for example, is a means to that end, he is not the end in itself."

Shimer’s comments come less than two months after the New York Times published the findings of three experts it commissioned to look at claims by the US-funded Organization of American States of electoral fraud in Bolivia, which were pivotal in forcing left-wing president Evo Morales to seek refuge in Mexico. He fled from office as the military moved to instate a far right, white Christian senator as ‘interim president’ in November last year.

The experts said they could not concur with the OAS conclusion that electoral fraud had occurred when Morales was elected to a fourth-term as leader of the lithium-rich country.

Shrimer says other nations like China could be targeting foreign elections and that lessons must be learned to protect democratic processes. Shimer also believes China could target New Zealand’s General Election this September, but that the country is more united and harder to manipulate than other nations.

“It would make a lot of sense for China to target New Zealand… but democracies can learn from other countries who have had their elections targeted, especially in the last few years, as I have detailed in my book…

“I actually think New Zealand would be much better positioned to defend itself from this sort of operation at the most central level than a country like America right now, because New Zealand - based on the response to the corona virus, based on the relative levels of polarisation - it would be perhaps more difficult to spawn or exploit pre-existing divisions in the same manner... as in the United States, and in England around the Brexit referendum.”

The historian admits that America interferes in other nations elections too, but says he doesn’t see an equivalence with Soviet or Russian interference.

He says the US has a long history of undermining political opponents in sovereign nations, which he says started when the CIA funnelled millions of dollars into the right-wing Democrazia Cristiana (DC) in Italy in the run-up to the 1948 general election. It also spread disinformation causing fear, which helped defeat Italian leftists.

Shimer says similar tactics were used by the US in Serbia during the 2000 presidential elections to defeat Slobodan Milošević, but that such activities are no longer efficacious.

“I believe very strongly that it is no longer in alignment with America’s interests nor its values to interfere covertly in foreign elections and for reasons both practical and in principle.

“The CIA should not ever interfere in elections at this juncture in history, both because America is saying we stand for free and fair elections abroad and also America’s elections are so vulnerable in and of itself, so why should America be promoting that type of practice that it’s seeking to ban and, for me moving forward, it’s a pretty clear policy call.”

Shimer applauds a reported decision by the CIA not to interfere in Iraqi elections, as again, he argues it would have been counter-productive.

The election came after US President George W Bush had ordered the illegal invasion and occupation of the oil-rich country and established an ‘interim government’. The historian says he interviewed Bush’s “inner circle” about events during that period.

“Although they considered it rather heavily. I think that’s a rather instructive case, because what they decided was, on a values level this is not what America should be doing and it shouldn’t be subverting electoral processes, and the likelihood of detection has been increasing because of the spread of the internet primarily, but also because these operations tend to come out and for the United States today to be caught interfering covertly in a foreign election would undermine America in the eyes of the world.”

He calls continued US covert interference a “20th century policy solution to a 21st century world”.

As another US election looms in November, Shimer will be a keen observer to see how Russia acts to influence the outcome. “I’m looking to see Russia’s next idea… because again, these tactics are always evolving. History neither started or ended in 2016.”

He will also be interested in seeing if Russia will seek to alter actual votes. Shimer says the Trump administration has hindered efforts to counter this perceived threat by essentially claiming it doesn’t exist, in the way Trump has maintained Russia did not manipulate the 2016 election.