The tail of Eel McPherson

Eel McPherson is a little bit of a celebrity in the world of eels in Aotearoa.

It made its home in Whangārei for 35 years with the Charlesworth family, but after a 'once in a 500 year flood', it has disappeared. 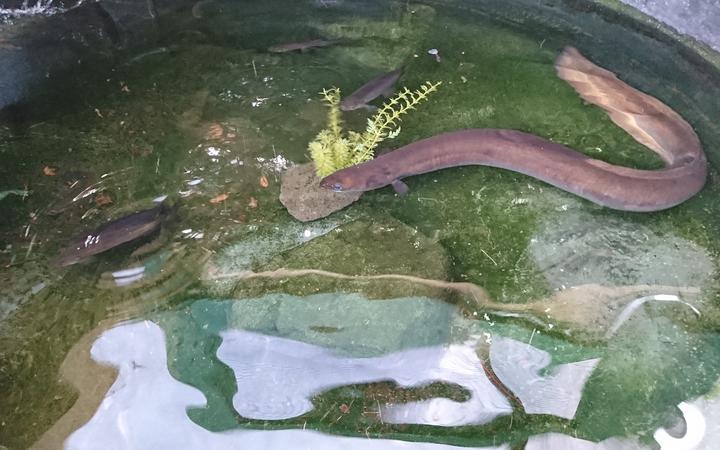 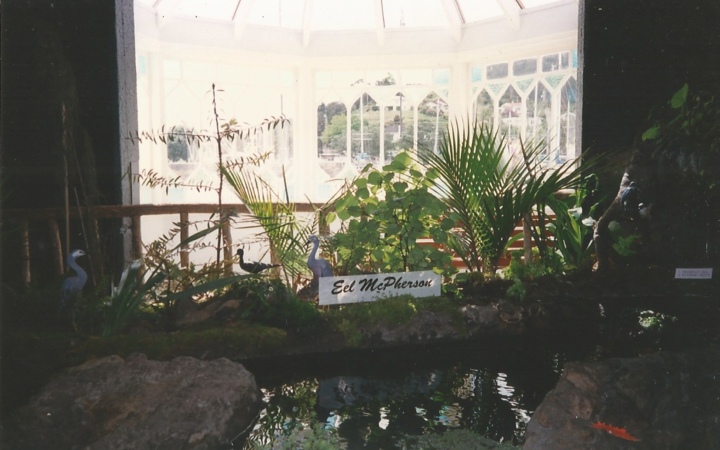 Eel McPherson's home at the Museum of Fishes in the mid-90s. Photo: Campbell Family Collection

Alyce Charlesworth - who was one of the guardians of Eel McPherson - tells Jesse about this very special tuna.

The eel had been kept for decades by George Campbell, Charlesworth‘s grandfather, first at a fish museum that he ran during the 1990s and later at his home.

“It started off living in a museum called the Museum of Fishes my grandfather established. it was sort of half aquarium and half museum.

“So, it lived for most of its life at the museum and when that closed down it lived at my grandfather’s house.”

Eel McPherson was probably the biggest star in the museum, she says, having a very docile personality.

“You can get really savage ones who will never ever calm down and then you can get ones like Eel McPherson that are just so docile.

“It was such a cool journey all that time and so many people met Eel.”

Charlesworth thinks Eel might have gone away to spawn.

“The timing would be about right, so short fins generally live 35 to 40 years so that would definitely put it at the mark to go.

“They have a few changes when they are about to go to sea - their eyes turn blue and their nose turns to a point so that they can handle the currents better.”

Eel McPherson was captive but not imprisoned and could leave at any time, she says.

“So, it’s actually a really good outcome to know that after 35 years in captivity it still had its natural instincts and it went and finished its life how all eels hopefully do.”

It was a bit of a shock when the eel went missing and she searched the nearby area.

“I did search the beach and my grandfather’s house, just to make sure that it hadn’t got injured.

“But there was no sign and I spoke to a man about a kilometre away from where my grandfather’s house is and I said to him 'If you find a fresh water eel dead or alive on the beach can you let us know?' and he said to me ‘You don’t mean Eel McPherson?’

“So even after all these years after the museum closed locals still have recollection of that creature and it changed so many people’s perceptions.”

So much so that the tradition of the school eel hunt has ended, she says.

“What we noticed after Eel McPherson had met lots of school trips and engaged with the public that way, those eel hunts did come to an end here. So I think it really made a difference for the species as well.”

There is a possibility Eel could return, she says.

“Eels also do have a strong homing instinct and they are very territorial so if it was a mistake, because it overflowed and left by mistake, I’m sure it would find its way home.

“But we do believe it’s gone to the sea off Tonga and hopefully it’s half way there by now.”