Research for Māori to help them to decide on cannabis referendum

A lack of resource and research for Māori parents and whānau worried about the impact of the upcoming cannabis referendum on rangatahi prompted an article with up-to-date figures about cannabis use for young Māori.

The article's author, Dr Moana Theodore, co-director of National Centre for Lifecourse Research, University of Otago, tells Jesse Mulligan it was written to inform Māori voters of the strands of health and criminal justice implications of the vote. 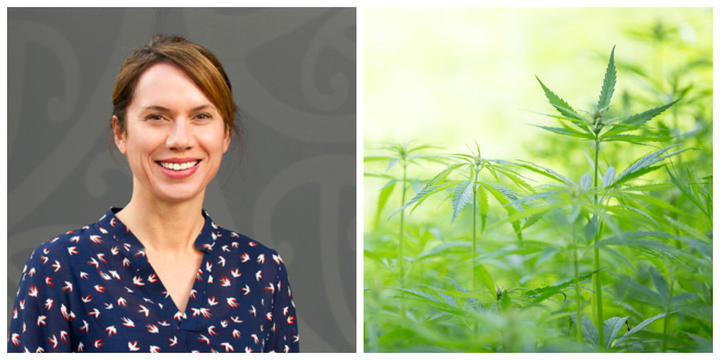 Theodore, alongside her co-director Professor Richie Poulton, has been involved with a number of long-term studies, following cannabis users over time to see observe their lives.

“Quite a lot of research has come out of those telling us about the developmental effects of cannabis use but what we thought was missing was some perspective or some information for Māori whānau and for young Māori to really inform them ahead of September’s referendum, about whether or not they wanted to vote ‘yes’ to legalise cannabis or ‘no’,” she says.

“What that has shown is that there’s a racial bias in terms of the way the cannabis laws have been administered in the past,” she says.

A study carried out in Christchurch found that young Māori were three times more likely to be arrested and convicted for a cannabis-related offence.

Dr Theodore says that understanding cannabis issues for rangatahi Māori is important because of the developing adolescent brain.

Studies to date have found that early and regular cannabis use in adolescence has been associated with poorer cognitive and mental health issues, including psychosis, particularly for those individuals with a family history.

“We know that from longitudinal studies that if young people are using, particularly early and particularly a lot of it, it has impacts in terms of some mental health issues. They might also suffer from some cognitive problems in terms of their learning and there may also be some physical health problems. Things like gum disease.

“What we also talk about in the report is that those harms would occur whether cannabis was legal or illegal.”

There are several recommendations in the report, including the position that cannabis should be treated as a health issue, and not a criminal issue.

“Our report supported the Draft Cannabis Legalisation and Control Bill age restrictions. In the draft bill it talks about people that are under the age of 20 years that are fund in the possession of cannabis, it’s likely that I’d receive a health-based response with an education session or a small fine, but they won’t receive a conviction.”

It is also recommended that the government works with Maori on the provision of health services to reach at-risk youth, if the referendum result is in favour of legalisation.

“The last recommendation is, if it’s legalised, making sure we’re monitoring young people and the way it’s used,” she says.

She hopes the research will stimulate debate and inform whānau of the issues at hand so they can make up their own minds on what way to vote in September.