Jono Frew and Peter Barret from Natural Performance have been touring the country spreading the regenerative farming message. 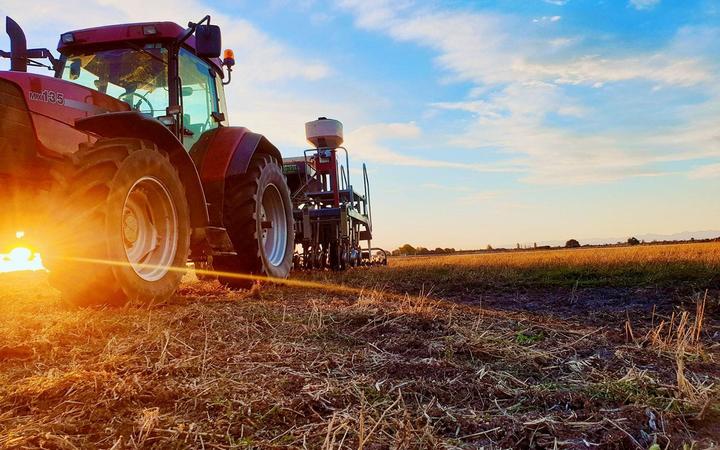 He says the enthusiasm for the regenerative approach at their seminars has been phenomenal.

The meetings have been attended by on average 110 people at each event across the North Island so far, who have been mostly landowners.

With new regulatory environmental measures coming into play, farmers are being forced to reassess their methods. The seminars have offered an insight into how landowners can change things up in a way that is both good for business and the environment.

“I think farmers, in particular, are interested in different techniques and ticking all those boxes and different aspects. The economic aspect, the environmental aspect, the resilience aspect, so I’m not surprised that people are turning up to find out more,” he says.

Frew was born and raised in a farming environment, coming from a family of chemical applicators.

His strength in being an apostle of the radical new vision lies precisely in his background as a conventional farmer.

Having had his road to Damascus experience, he knows only too well the mindset and concerns of farmers used to operating in a monocultural, chemical saturated environment. He knows how to appeal to his base.

“My father and his father were specialists in applying chemicals in the field and in sheep dipping and drenching. So, chemicals were a big part of my life," he says.

"And then through a few different events throughout my life I ended up going from being a chemical expert and a conventional farmer, specialising in the dairy sector for 11 years to being offered a job on an organic farm in Leeston. From there... I started understanding the different ecological functions and the focus on using biological processes to increase our profitability and our production on farms.

“So, I went about giving up my time and really committing my life to making sure farmers have access to different principles and tools, if you will, without having to go through the grief that I went through before coming to that point.”

The difference between traditional and regenerative farming isn't simply a lack of reliance on chemicals and synthetic fertilisers, he says.

“It’s just about increasing natural functions… really focusing on the soil and the soil function and biology, allowing nature and nature’s cycles and our natural resources, to be able to capitalise on that function.”

Frew is keen to extol the virtues of regenerative principles without being seen to be preachy or judgemental and is mindful of avoiding polarisation between conventional and regenerative farmers.

It simply makes better sense to farm regeneratively, particularly in the face of climate breakdown. A focus on building soil creates diversity and resilience. he says.

“If you’re interested in making more money and being more resilient in the current system with these extremes. We go from drought to flood to drought, we’ve got fear increasing, input costs, animal health costs… but when you can utilise diversity, you can utilise natural functions, we get food produced in a way that obtains all of its nutrients from natural cycles and in that way the nutrients and natural metabolites and complex proteins are obtained in a natural and complete form."

It’s not uncommon to see increases of soil organic matter of half a percent every 12 months, he says.

"We’re creating systems that are self-perpetuating.”

Farmers are being pushed by banks to extract as much profit as they can from their farms, using chemical inputs, making it difficult to implement a different system. But he has hope banks will see sense, eventually.

“Like any paradigm shift it’s going to be a challenge and for us it’s about bringing that inspiration as well as access to be able to apply them, rather than just telling people what they need to be doing.”

Creating new markets and championing nutrient-dense products with an authentic badge of environmental excellence is the key to regenerative farming rewarding its practitioners. This could involve diversifying milk product exports, moving away from nondescript and basic milk powder with no points of difference with competing products, while appealing to consumer demand for nutrient-rich, quality foods.

“If they can purchase a product that will increase their health and resilience, as well as the feel-good factor of buying something that’s increasing ecological function, people are hungry to pay for that product.

“If they can see a product that not only captures all of that but with a story underneath it – that’s the opportunity we have as New Zealanders, to go beyond the current ‘clean green’ Kiwi New Zealand, which if you are actually honest about, the way we farm isn’t all that clean and green."

You can find out where the regenerative talks are going to be here.