The cafe is well known for the cone-shaped pastries and in recent years its popularity has skyrocketed.

Viv Withers, who co-owns the kitchen with her husband Kevan, says the café has been booming.

“It’s been great, really good, even since we came back out of lockdown. I think people were waiting for a fix because it’s just skyrocketed again. 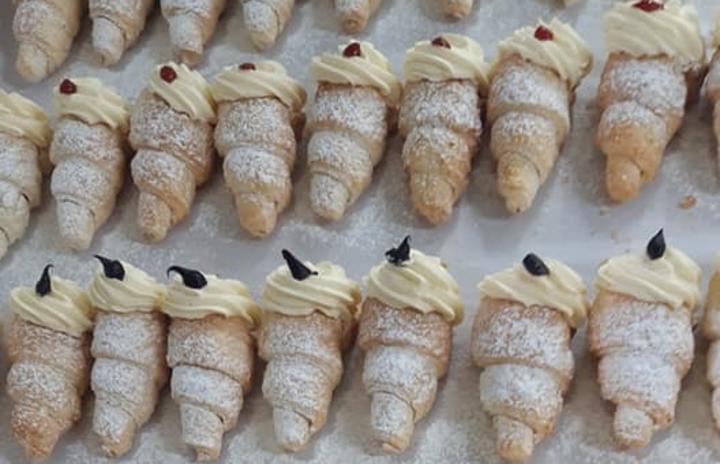 A cream horn is a pastry shell, formed around a metal mould filled with patisserie jams and cream.

“There’s a lot of work goes into them.

“Louisa yesterday spent all day just cutting strips of pastry rolling cream horns and she did just over 400 that was her on her own for the day.”

“She was rather gobsmacked when she did get the prize because she thought the prize would be a free cream horn.”

In fact, she has won a mystery all expenses paid break for two.

The most popular filling is raspberry, Viv says.

“Raspberry is the traditional one and we introduced other flavours – boysenberry, passion fruit, caramel - and when we came back out of lockdown we introduced lemon and chocolate.

“The traditional ones never had flavouring in them it was just a little blob of raspberry on the end of the cream.”