Glennon Doyle - Untamed - start being who you want to be

For years writer Glennon Doyle felt confined in a life society told her she should be grateful for – having a husband, three kids and a successful writing career.

After years denying unhappiness, she took on the wild side finally listening to her own voice, she left her unfaithful husband and married US Olympic soccer star Abby Wambach. 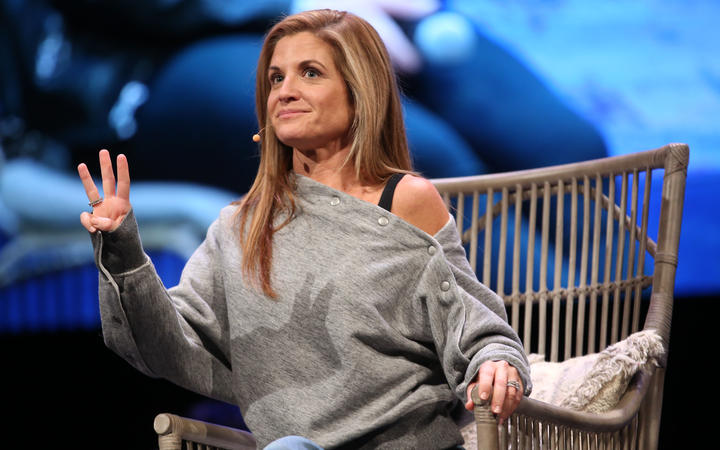 Her new book is about how to set aside expectation and be brave it’s called Untamed.

Being brave, she says, is more than doing something of which you are afraid.

“I think that being brave is hearing or feeling that deep, inner, knowing inside yourself that is always telling you what the next right thing to do is. And then speaking it or doing it out loud regardless of whether there is applause or boos from the outside world.”

She spent many years in a “broken marriage’ to a “good man” she told Jesse Mulligan.

“And that is a tricky place for a woman to be because we are tamed into accepting just good enough, we just think we have to be grateful for what we have and not ask for more.

“When I saw Abby, and fell in love with Abby, it was really a fascinating experience for me because it was the first time I had loved anyone beyond the people I had been trained to love.”

Honouring that love was both brave and painful, Doyle says.

“I had to tell my husband and tell my children and tell the world and at the time I had a very public life, and still do, so there was a lot of prices to pay.

That painful process ended up being not only liberating for her but also for those closest to her, she says.

“What we do when we free ourselves from situations we were never meant to be in in the first place is we do end up freeing everyone around us.

“I really don’t think there is any such thing as one- way liberation, my ex-husband, who I now co-parent with, and Abby and three of us are very close, will tell you it was right for him too.

“When one person is deeply unhappy in a relationship it’s very seldom the other person is having the time of their life.”

A turning point came when she introduced her new partner to her mother, Doyle says.

“When my Mum said ‘Abby I have not seen my daughter this happy since she was ten years old’ that was one of the most important sentences that’s ever been uttered in my life.”

Doyle had a troubled childhood and became bulimic at that age. Later she battled other addictions.

“I didn’t get sober until I was 25, so 10 is really when I lost myself, to have my mother pinpoint that time and see me returning to myself when I was 42 it really did feel like reclaiming something that I lost when I was a little girl.”

Doyle says women are conditioned to be selfless and so in the process lose themselves.

“Selfless means without a self, what is the purpose of being a human being, if you have no self?

That selflessness shows up as a negative force in every part of a woman’s life, she says.

“We are shamed out of our ambition, as mothers we are told that the way to be a mother is to be a martyr.

“So, in every arena in a woman’s life, the message is just slowly disappear.”

Without a strong sense of self there is nothing to give, Doyle says.

“When I fully returned to myself I realised that what I wanted was good.

“It is a misconception to think that if a woman lives for herself she will not do for others. When a woman fully returns to herself most of us realise we want more for ourselves and more for all hurting people.

“The biggest do-gooders and world-changing woman I know are women who are full of themselves.” 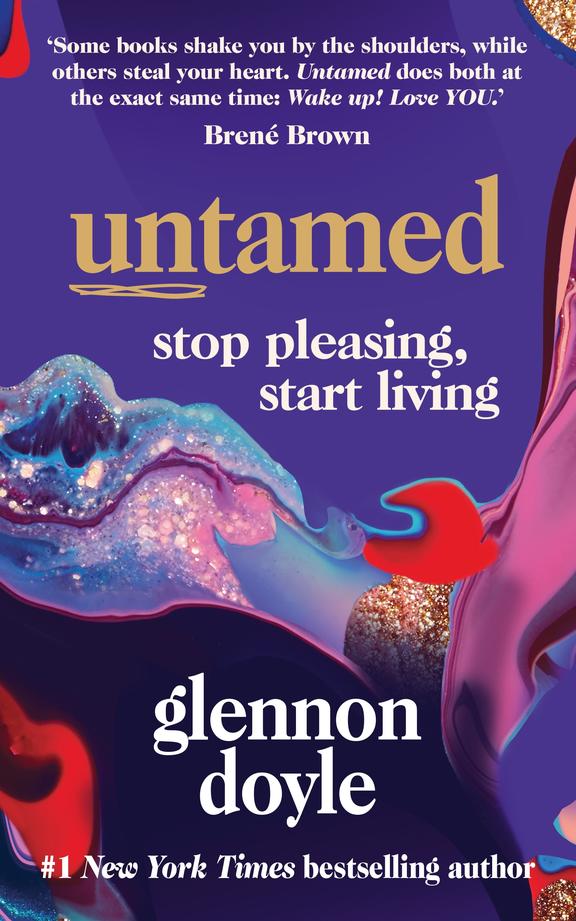 Women are controlled, she says, by being taught to control themselves.

“I’m a little girl who grew up in a Catholic church where I was taught that the one thing that a woman can do to ruin the world is to want more.

“Women are taught to not trust ourselves in any arena, the beauty industry teaches us to hate our bodies and our hair and control our bodies.”

She found freedom when she “just stopped”.

“The day I stopped controlling my sexuality and just let it be what it is and let myself love Abby. I don’t think we can control things and love things at the same time because love requires trust, we only control things that we don’t trust.”

If women are constantly trying to control themselves, they cannot trust themselves and therefore love themselves, she says.

“Women we are overwhelmed and underwhelmed at the same time and that is because we are chasing somebody else’s expectations.”

This self-imposed control was illustrated by an observation she made one day when her children had friends to visit.

“I never forget walking into my living room and my son was having friends over and I said to the room full of 13-year olds is anybody hungry? And all the boys without taking their eyes off the TV said ‘yes’.

“And all the girls did something completely different, first they were silent and then each of them took their eyes off the TV and started looking at each other’s faces.

“After a few moments of this mental telepathy this one girl turned towards me and said; ‘no thank you, we’re fine’.”

Little girls are taught to look outside of themselves for approval, permission and consensus, she says.

Boys too are indoctrinated early in life, she says.

“Little boys and little girls we’re all trained to please, that’s what social conditioning is right?

The book had been “unfolding” in her for years, she says.

“Long before I met Abby and I’ve been slowly unpeeling the layers of religion, that kept me from God - learning that religion and God are not the same thing.

“Undoing ideas about what it means to be a woman, untaming myself from those ideas.”

It’s one thing to say as a feminist writer to trust women, quite another to live that truth fully, Doyle says.

“What I would say is when I fell in love with Abby, and was deciding whether I was going to rock my entire world, and really rock the boat of a lot of people to follow that love, it struck me that I had been out in the world as a feminist thinker and leader and writer. Telling everyone trust women we can trust women.

“But it’s a different thing all together, it’s one thing to be a feminist saying women can be trusted but it’s another thing to be a woman who actually trusts herself to lead her own life.” 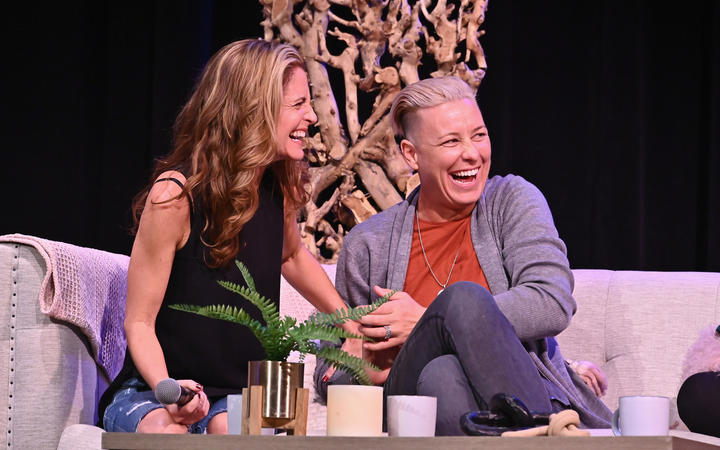 Glennon Doyle and Abby Wambach on stage during Together Live, in New York 2019. Photo: AFP / FILE