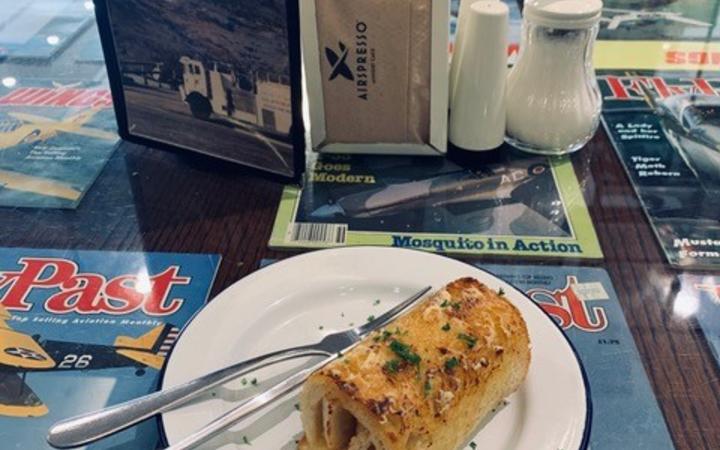 Airspresso Southland's Cheese Roll has come in for high praise by some RNZ listeners, who wanted to find out the recipe. The indulgent treats are sold at Dunedin Airport, among other outlets run by the company.

Byrd says now the cafés are enjoying having customers back again, the cheese rolls have been flying off the counter.

“It has been challenging during the lockdown but people are starting to come out again,” he says.

‘I’ve had plenty of them myself.

“There are many ways to make a cheese roll and so many different recipes out there. I think we’ve nailed it and it is our biggest seller by far in all our cafes.”

What makes the roll unique is the choice of quality ingredients, as well as how it’s put together. There’s a secret ingredient too, which give it a distinct balanced flavour.

“First, you’ve got to start off with the freshest bread, we get our bread from European Bakery, it’s nice and thick and fluffy. And then the cheese – we have Mainland mild brand. I chose to have reduced cream in our’s, and mustard power... to give it that little kick, part of our secret ingredient that we had… That’s it really.”

Byrd says preparing them is simple, mixing the ingredients and putting in on one side of the bread, which is then rolled tightly and baked.