Biking in vogue on the farm

A farm owner and some keen bikers have come together to open up a bike park on Glendhu Station near Wānaka.

Bike Glendhu currently consists of 25-to-30km of track across hills and pristine beef farmland, with views of the Wānaka countryside as a backdrop. When finished completely, it will have 50 kilometres of trails to accommodate riders at all levels. 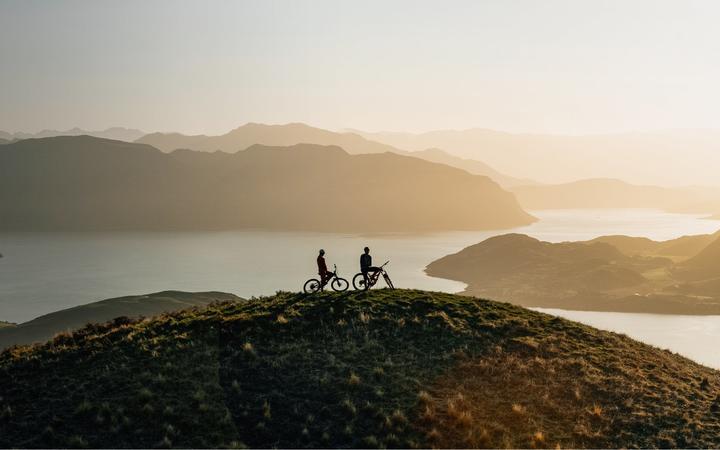 Glendhu Station owner John McRae tells Jesse Mulligan he that the move to diversify his farm to include mountain bike trails began as a pragmatic way of paying to fence off his farm from waterways.

“It started off as an idea to fence off all my waterways in my farm about 10-to-15 years ago. I wasn’t sure how I was going to pay for the fencing. I think if we built some bike tracks within the fences people might donate some money to use the track and we could use the money to do the fencing and revegetate the waterways.”

“I’m glad I made the decision because it wasn’t an easy one to do. But Tom and his team have built some amazing trails.”

The support of bikers has been overwhelming since the track opened earlier this year, John says.

“It was amazing to watch children and families. People, from my parents' age, early-to-late 70s, through to gun downhillers and people that can do the flips and the jumps - they’re all having fun on our land.”

John has also diversified from farming poultry for eggs and Angus cattle to using his old hillside woolshed as a wedding venue overlooking Wānaka Lakes.

These moves have made his farm both more financially resilient and more environmentally sustainable, he says.

“We have tried to build our businesses around the social and environmental and financial model, which is a holistic model.

“The social part in meeting people from around our country is important to me and that’s what I enjoy about the wedding business as well, we meet people from around the world and it gives us a sound picture of the direction of where we want to take the land.”

Beef cattle and mountain biking work together well, and the farm is an interesting feature of the bike track, John says.

“People generally love seeing the cattle and how we farm the cattle and I feel like it’s helping to educate people on what a cattle business is, instead of seeing the negative stuff in the media about cows and waterways.”