How to navigate the future

A former CEO says we should be more like artists when managing our lives and big organisations as the best way to be resilient and prepared for challenges in an uncertain age. 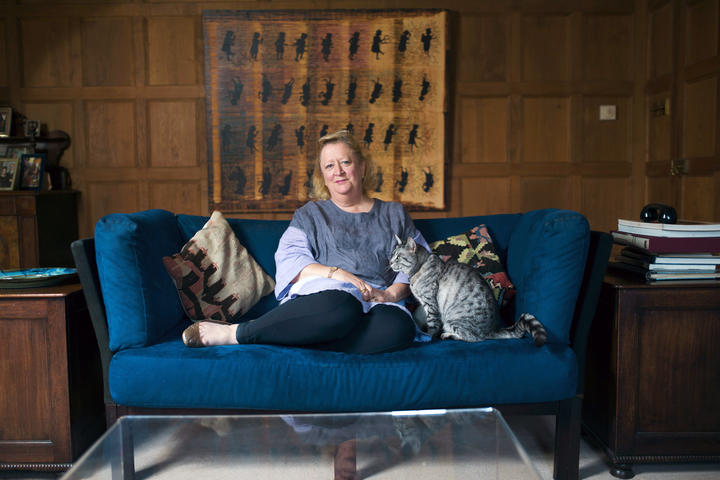 We are far too addicted to prediction and planning, according to Dr Margaret Heffernan, and it stifles creativity and resilience. She makes a plea for more preparation than planning in her new book, Uncharted: How to Navigate the Future.

Heffernan tells Jesse Mulligan that the current pandemic has underlined the fact that many situations cannot be predicted and with increasing complex systems of society, certainty is a chimera.

Neither a reliance on science or methods of forecasting can change that and we are better served accepting the fact and adapting our minds to being more flexible and willing to respond to changing circumstances as part of our way of being.

Heffernan started writing the book four years ago and what set her off on the journey was her observations of how reliant people seemed to be on grasping at absolutes to feel certainty about the future.

“I just kept observing that the way people thought about the future was very peculiar,” she says.

“And it was peculiar to a particular degree because people seemed to imagine that the future was somehow already planned and it was a bit like the Wizard of Oz, behind the curtain and if you could just sneak a peak you would know and clearly there were certain pundits and prophets could sneak a peak and therefore you wanted to find out who those people were.

“I just started thinking, there are two questions here. One is where does this idea of a forecastable future come from and why does it always let us down. And if we can accept that, what are better ways of thinking about the future that we have."

She says material hardship and a dire need for certainty in the face of critical dangers had fuelled a desire for knowledge that could lead to predictions that could then be used instrumentally to avert dangers or bring increasing feelings of safety.

“And I guess the first thing that I found was the founding fathers of the forecasting industry in the United States at the turn of the 19th to 20th century was they all had a diagnosis of tuberculosis, so they had a really profound, visceral intimate sense of uncertainty and were hugely driven to find ways to be able to be certain about what would happen next.

“And I came to believe that their desperate personal need for certainty was actually what drove them to get things wrong. They could not accept the possibility that they may never know.

“So, the forecasting industry grew out of an understanding of uncertainty, but also from a kind of magical belief that if you had enough data, genius or right intellectual model you could know and I think that legacy is still without today.”

Now people can see that this is a false way of observing the world as, she says, Covid-19 “writes the rules and we need to live with uncertainty”.

“I think what the pandemic has done is give each of us a personal experience of uncertainty.”

She had talked to experts involved with the Coalition for Epidemic Preparedness. One of the things Covid-19 has shown is the futility of planning based on the false idea of predictable certainties when the world operated by a different set of rules, she says.

Heffernan makes a distinction between planning and preparedness during the pandemic and says that the same rule applies to life in general.

“There are all kinds of things that we cannot predict and we can’t control them and therefore looking to authorities, or experts, or institutions or even this thing we very strangely call the science, none of this is going to give us the certainty we need and as a consequence, we’re going to have to start thinking as the Coalition For Epidemic Preparedness does about preparedness rather than planning."

The idea that empirical science offers incontrovertible absolute answers is wrong and simplistic too. Social science, in particular, can be a subjective exercise, involving hidden value judgements and implicit assumptions.

“It is impossible to do a forecast with value judgement for the simple reason that forecasts are based on models and models, people who design models, have to choose what gets put in and what gets left out, and that is always intrinsically a value judgement and the people making these forecasts have their own values… these aren’t stated they’re just implicit on the data that got included or not included.”

Hence, people’s values and agendas should be taken into account when assessing forecasts and models of forecasting.

Financial forecasts, she says, have also become more difficult as the world enters into new relationships and systems, from “complicated” to “complex”.

She says the distinction is reflected in modern-day uncertainties created by volatile human and natural systems, the interplay between these bringing increasing chaos that can’t, therefore, be predicted as just too many variables are in play.

“A complicated process is one where it is very easy to see what the influencing factors are. You’ve got a lot of control over it. It is the same every time and it can be optimised for efficiency.

“These are roughly the same every single time. So those things are very predictable, you can forecast that, if you look at a factory, the output is roughly 120 per day and although there is some fluctuation in cases, the problem along the line is an average and the average is pretty stable over time.

“Complex environments are environments where there are so many factors influencing the outcome you may not even know all of them and this is very typical, for example, of Covid-19 at the moment, where we’re very unsure on how many influences there are on how you get it. It may be genetics, underlying health conditions, it may be diet, geography, behaviour, it may be even things we haven’t thought about."

One of the sections of her book deals with “cathedral projects”, which can be crudely defined as gigantically ambitious schemes with a rigidly defined purpose or end goal. These, she says, bring out the best in people.

One such example is the European Organisation for Nuclear Research, known as CERN, a European research body established in 1954 that operates the largest particle physics laboratory in the world. It is now famous for its Large Hadron Collider (LHC) - the world’s largest and most powerful particle accelerator. It consists of a 27km ring of superconducting magnets with a number of accelerating structures to boost the energy of the particles along the way.

Another, she says, is the Human Genome Project (HGP), launched in 1990 as an international scientific research project with the goal of determining the base pairs that make up human DNA, and of identifying and mapping all of the genes of the human genome.

“What cathedral projects do, like CERN, or the Human Genome Project… is they are fantastically good at evolving and adapting, in other words, they are not bound by very rigid planning systems.

"So, if you look at CERN, which has changed enormously since it was established at the end of World War II, and the human genome project, it is doing today things which even five years ago were not in its planning system, so it is being specifically designed to be very flexible.”

She says the same flexibility and mindset should be applied in the corporate and governmental spheres.

“I think there is a huge lesson for us, especially when building large corporations and systems like governments, which is how to we allow them to flex when the environment in which they operate changes.

Heffernan asks whether democratic systems are ‘cathedrals’ made too rigid to adapt, change and integrate new ways of working between government and people. The democratic projects of people must be flexible enough to respond to changing needs of societies and requisite demands for a better future, she says.

“Should we start thinking about the ways in which our democracy functions in ways that are more creative, more flexible and in that context in New Zealand, the notion that your government – and it’s true of other governments – must consider the rights of future generations... and look at all legislation through that lens."

She presents a novel a way of fulfilling this need for flexibility and willingness to respond to changing circumstances – we must be more like artists than conventional CEOs.

Artists don’t really know where a project is going when they start it and the only way to find out is to start and let it take form without imposing a predetermined outcome, she says.

“These are people who live in mirth in uncertainty. So, I thought we have much to learn from them and it’s partly their courage, which is that they can tolerate so much ambiguity. But it’s also what they are really thinking about is not trying to hit targets or please people.

“They are thinking what’s the intersection between who I am and where the world is today and how can I articulate that. I think in the flexibility and openness of their thinking they have a huge amount to teach us.

“And I’ve even started thinking that we’ve made a huge mistake in imagining that management is a science because increasingly we are finding that it is an art form."

“Managing big institutions is about understanding the times in which we live and how you make an organisation relevant and how you create work that is meaningful for people in it and I think that’s much closer to an art.”