It's Behind You - a comedy horror play

A new comedy-horror play called 'It's Behind You' will be perfomed live online this Thursday.

The play is being put on by Trick of the Light theatre and was commissioned by Circa theatre.

Tickets are $10 and the play begins streaming at 7pm, but you'll be able to watch it later too.

It features a star-studded cast including Chris Parker, Andrew Patterson, Carrie Green, Simon Leary and Brynley Stent, was written by Ralph McCubbin Howell and Anya Tate-Manning and directed by Hannah Smith, with sound by Tane Upjohn-Beatson.

We speak to Simon Leary. 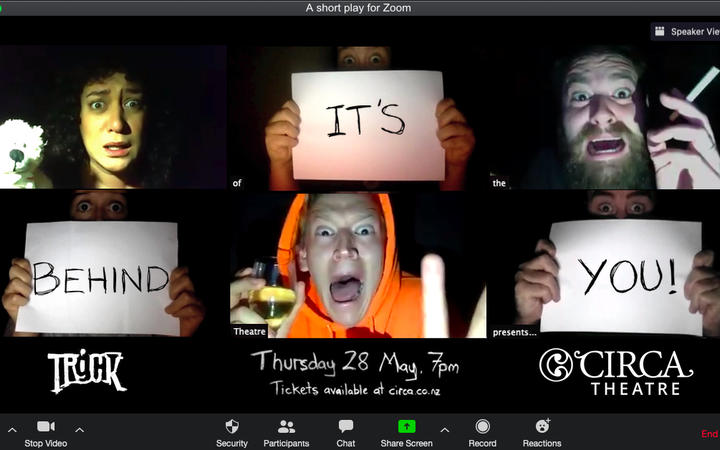