Remembering 75 years since Victory in Europe

This Friday marks the 75th anniversary of V.E. Day – the official end of World War II in Europe.

Commemorations in New Zealand and overseas have been cancelled due to the Covid-19 pandemic, but Sarah Johnston from Ngā Taonga Sound & Vision joined Jesse Mulligan to give a flavour of how this momentous event unfolded on the radio in 1945. 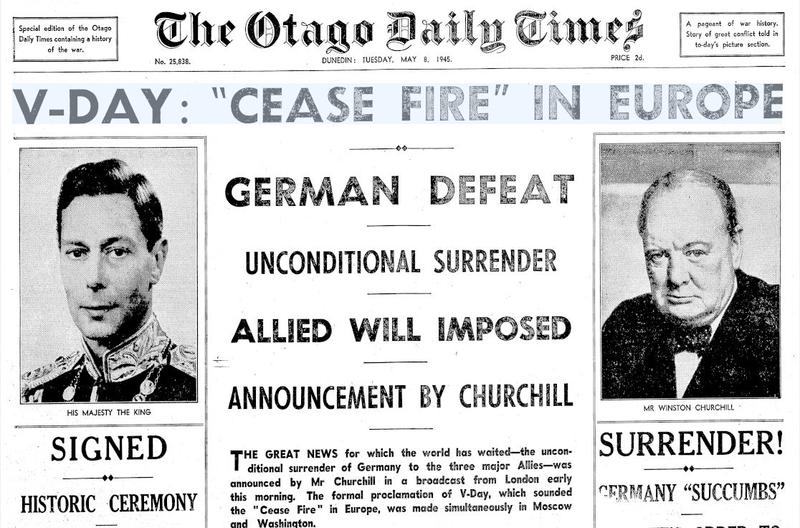 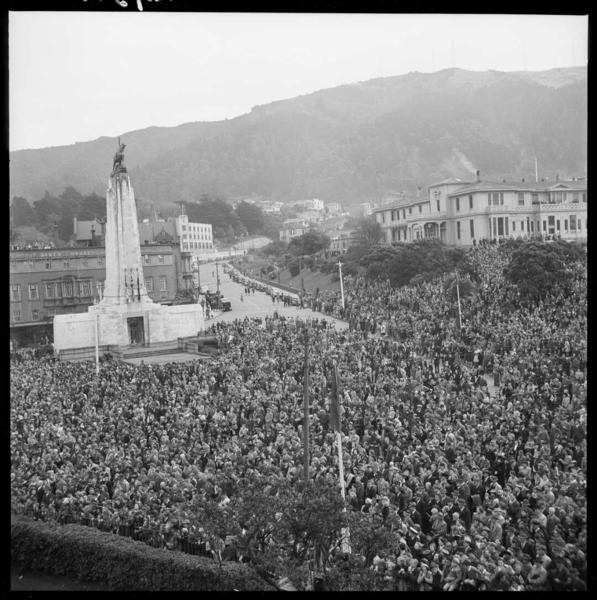 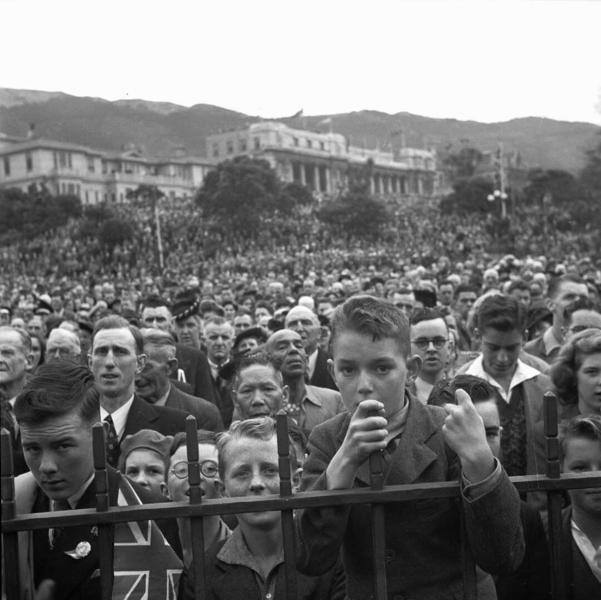 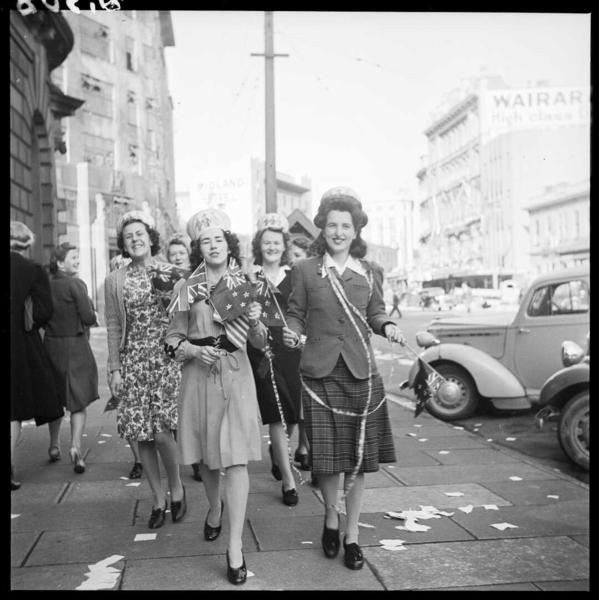 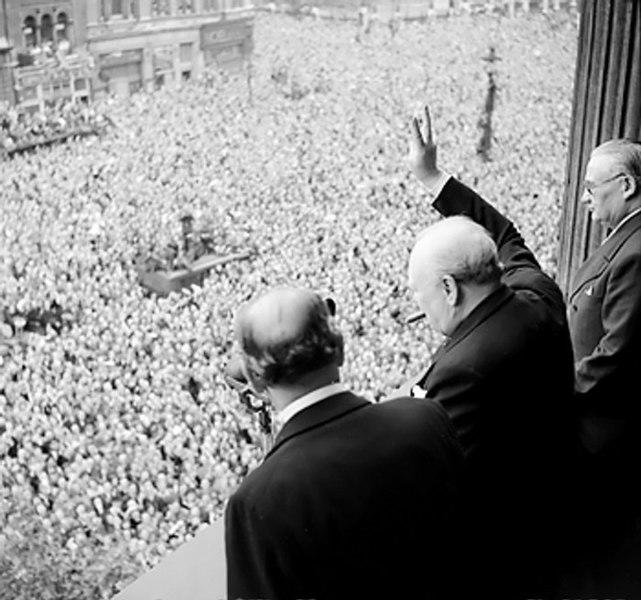 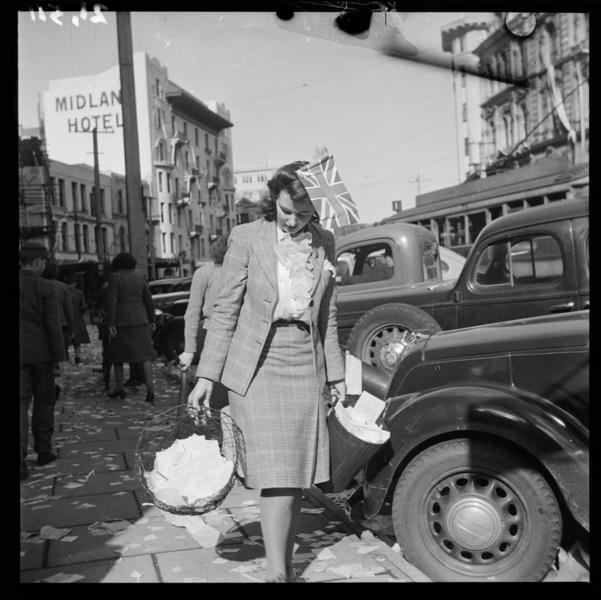 Woman on Lambton Quay, with a Union Jack in her hair [Courtesy Alexander Turnbull Library]

“This was the big day, there was also VJ day, victory over Japan, that officially marked the end of the war in August but the celebration in May really was just a chance for everybody to celebrate that the end was in sight,” she says.

The writing had been on the wall since the beginning of 1945 that the end was drawing close.

“Berlin was surrounded by the Allies, Hitler had committed suicide on the 30 April so people here were preparing for how this event would be marked when Germany finally capitulated.”

The news came through on the May 7 that Germany had signed a surrender document at Allied HQ in France.

"The BBC bulletins were picked up, recorded in Wellington by the New Zealand Broadcasting Service and then quickly replayed on local radio," she says.

When the BBC announced victory and a two-day holiday in Britain, New Zealanders had to wait, Sarah Johnston says.

The official word was Winston Churchill and the Russian and American leaders wanted to coordinate and so New Zealand had to wait until the official announcement which would come a day later.

May 8 something of an anti-climax in New Zealand, she says.

But Dunedin apparently, with cap and gown students in town, decided to cut loose nonetheless, she says.

On 9 May New Zealand was able to officially celebrate.

Jack Maybury painted a colourful word picture of Christchurch's VE day celebrations on 3ZB that day and the segment ends with a BBC report of crowds in London singing 'Land of hope and Glory' as Churchill conducts from a balcony.

You can watch a short film of New Zealand celebrating VE Day here.