The best songs to dance alone to 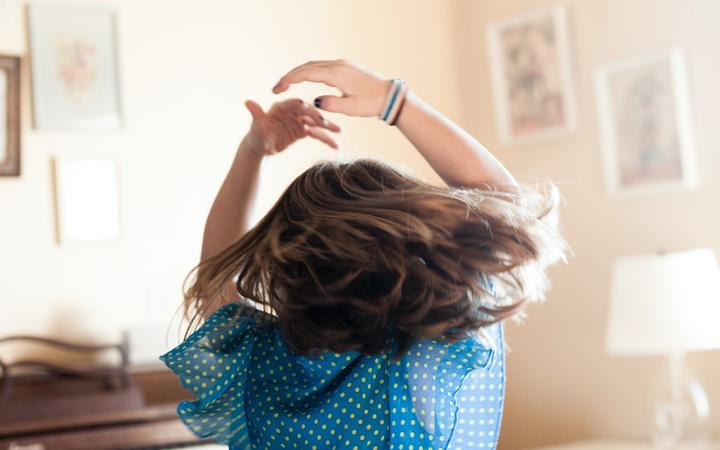 Here are some of the suggestions that poured in for the songs that make you dance like no one's watching.

We got so many that we can't play them all, but we do hope you enjoy this selection.

Here's what you said:

"My son and I were just dancing to 'What a Feeling' by Irene Cara. He turned a carrot from his lunch into an air microphone...probably to avoid having to eat it. Thank you for keeping our lunchtime spirits up!"

"I'm in my 70s, used to being out and about but now alone in my bubble so a dance party sounds great. My favourite dance song is 'I will Survive' by Gloria Gaynor. My young grand kids love dancing to the soundtrack from the movie Grease in particular 'Greased Lightnin'. Kia kaha"

Amanda says the song that she can't hear without dancing and singing along is Lady Gaga's 'Born This Way'.

"I have to say one advantage of working from home, apart from being able to listen to the radio, is being able to dance at my desk without annoying my team leader who sits next to me."

'Mamma Mia' by Abba goes out to you Susan.

"I am in self-isolation and apart from my son for two weeks! (He has underlying respiratory issues so we are being extra careful) Lots of FaceTime playing Minecraft helps heaps. Our favourite dance tune is 'Titanium'. Kia Kaha everyone."

I wouldn't have classed this next song as a danceable one, but now that I think about it… Maureen says:

"I just have to get up and move to this - probably a legacy from the days when I used to do 'jazzercise' and this was a strong favourite then."

And Maureen is not the only one that picked the Laura Brannigan hit 'Gloria', from 1982. Sadly, Laura Branigan died in 2004 of a brain aneurism, aged just 52.

A few people picked this next song too:

"Thanks for acknowledging that some of us who listen to RNZ all day and are isolating alone, need a little relief from the situation. I always dance to 'I Wanna Be (500 miles)' by The Proclaimers. Thanks for your calming presence."

And it may, or may not, surprise you that we had around ten different people ask for this song, making it your most popular song for dancing alone at home to:

'September' by Earth Wind and Fire was suggested by Fleur, and 'Boogie Wonderland' by Sue Williams who says: "I came across it again a while ago while watching the Intouchables movie.

'Dog Days are Over' by Florence and the Machine.