Roxie Mohebbi trained to be a nurse partly to fulfil the dreams of her mother who wasn't able to continue nursing here after their family arrived from Iran. Roxie later became an actor, but at the moment she's using medical skills again with the Healthline group. 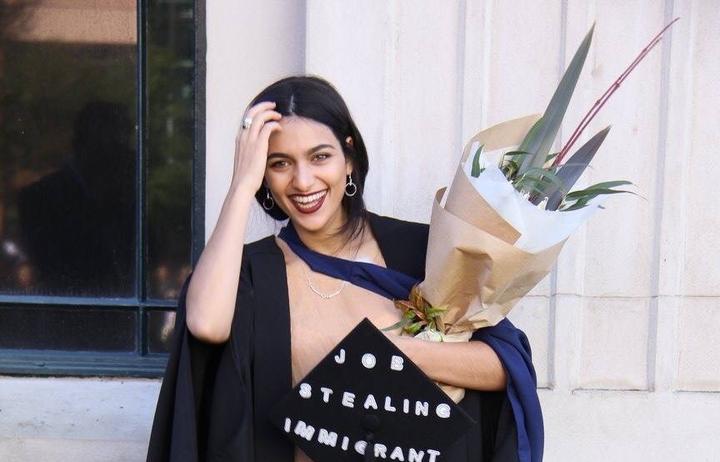 She talks to Jesse Mulligan about growing up in Nelson and her mission to broaden New Zealand's cultural awareness.

Roxie was five when she arrived in New Zealand with her mum, dad and younger brother.

One of her earliest memories is being handed a Bubble O Bill ice-cream at the Mangere Refugee Resettlement Centre.

Following in the footsteps of her mother, Roxie studied nursing straight out of high school.

"Growing up, it was something she never got to do. In New Zealand, her skills weren't recognised. There was a part of me that felt I really had to fulfil that prophecy for her."

Her mum wept for hours at her graduation from nursing school.

"It was really sweet… she was really proud. It was really important for her to see us getting educations and do all the things we wouldn't have done if we hadn't left."

When Roxie's family arrived in New Zealand, they were settled in Nelson, which "wasn't the most diverse place back in 99".

They experienced racism that ranged from people mocking the food they ate to burglaries and even death threats.

It was difficult at school and kids got even meaner after 9/11, she says.

"That was such a significant part of the bullying I experienced. Like 'do you have bombs in your lunchbox?'. Those sort of comments."

When she was younger, Roxie distanced herself from her Iranian heritage but now as an actor focuses on projects involving Middle Eastern people.

Last year, Roxie wrote an essay about the Christchurch mosque attacks: In The Wake Of Terror: "This May Not Be Your NZ, But It Is Mine!"

We lack cultural understanding in New Zealand, she says.

"For me, it's really important to bring my perspective. It's not even mine, it's more my parents'. It's their voice that I really feel obliged to share with the community that's finally embraced me.

"It is a huge part of my life and a huge goal of mine – to hopefully be a leader and an advocate for all of the people whose voices I can hear, but maybe the general population still can't."