When bushfires turn the skies in New Zealand orange, and the army is called in to help with drought relief in Northland, feeling anxiety over climate change is a pretty normal reaction.

Mental health studies show that eco-anxiety, as it is being called, it is surging across the western world.

Dr Renee Lertzman has spent her career looking at environmental matters and psychology. She says there is a way to move beyond fear and turn that anxiety into action. 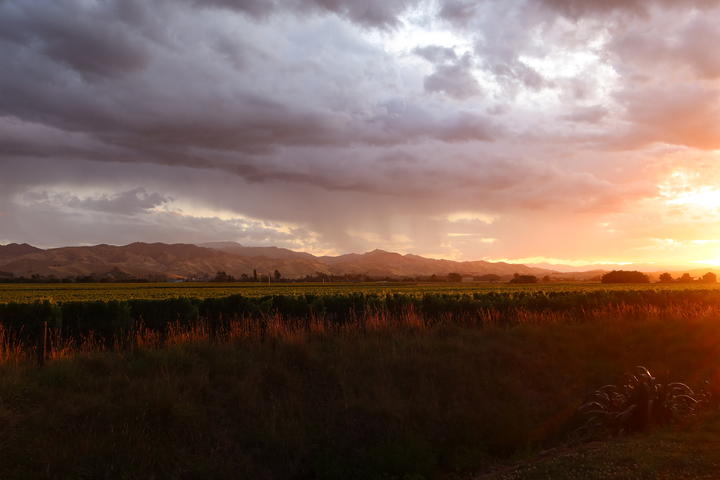 She says her own anxiety about the environment goes back to university taking environmental studies classes.

“I was very directly affected by what I was learning. It felt like every lecture was a story about all the horrific things that humans had done in the name of progress.

“And I felt incredibly anxious. I actually felt a lot of things not only anxiety, which I think is really common, I felt some anger, I felt confusion, especially as a young person, I didn't really understand how we had gotten it so wrong.”

Then she signed up for a field course and met others like herself with similar concerns.

“It was really a life changing experience on many levels. I was with a group of people where we could speak openly about all kinds of things, it really allowed me to make sense of and process all the stuff that was coming up for me and frankly, for everyone else in the group.”

She realised, she says, that her response to the mounting bad news on the environment was normal.

“Having an emotional response to ecological crises is actually not pathological, it's actually a healthy response.”

She has since embarked on a career looking at the connection between psychology and the environment.

“I think what's really important to keep in mind is that how we process information, and how we make sense of the world, is inherently psychological.

“I use the term psychosocial, so it's both kind of psychological and social.”

Much study has gone into how we process overwhelming information, she says.

“These are emotionally intense issues and there's nothing wrong about that. It's just the fact that these are really, really difficult issues.

“And I think that when we look at it through that lens, we do ourselves such a favour, because then we're able to make sense of OK, now I get why people might be feeling like deer in the headlights, numb, overwhelmed, all of those things. It just starts to make a lot more sense.”

She says the hope versus despair binary in humans is a falsehood.

“It just doesn't even make sense just in terms of who we are, as humans, how we're designed. There's hope and despair and there's a lot in between.

“And I think that we don't do ourselves a favour when we dwell on this whole kind of am I hopeful? Do I have too much despair?”

People who strike a psychological balance are in a better place, she says.

“I look to people in my life who model a kind of way of being in the world that is open and flexible and resilient.

“And what that looks like is that there might be despair that comes in which again, makes sense, there could be hopefulness within moments or hours or days or weeks, there might be something that's kind of not quite either - there's just a sense of this is what feels right.”

Acting with integrity is not only a more grounded approach but is neurologically healthier, she says.

“When we dig into that deeper part of ourselves that is motivated by our love and our sense of just being alive and the incredible experience as a human being of making choices that are really in alignment with who we want to be and what our values are, that gives us the biggest bang for the buck.

“If we want to think neurologically, it delivers serotonin, it really fuels us in a very profound way. So, my hope is that we can just kind of set the hope and despair conversation aside and focus on what does it mean and look like to be a human being in 2020, 2030 or 2040.”