Designer Becs Bartells saw a gap in the death industry – the lack of eco-friendly caskets.

For her Massey University design degree, Bec created a range of cardboard furniture, which led to her thinking about materials used in caskets for both burials and cremations.

She joined Jesse Mulligan to talk about her the cardboard casket business she's just launched - Outside the Box. 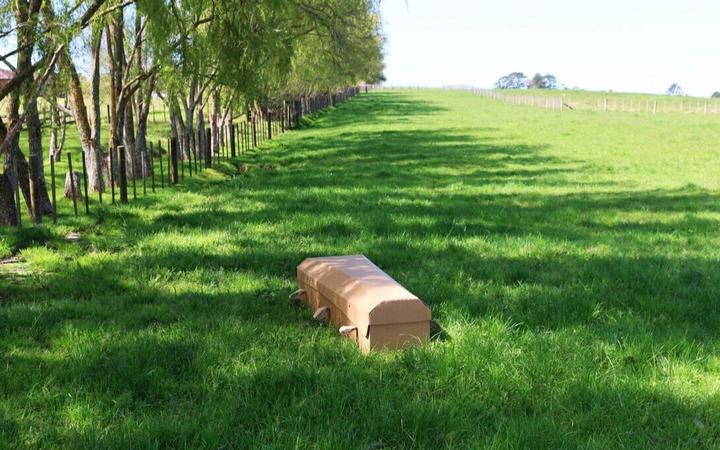 Despite what some people may think, it’s not as easy as just finding a sturdy cardboard box and using it for burial, she says.

A lot of what’s on the market already has metal or wood incorporated into the design - but Bartells’ caskets are made completely from cardboard.

The former industrial design student started out working in her garage with cement bags two years ago.

“There were a lot of failures but eventually I got it right and then tested [it] out at Western Caskets, who actually manufacture caskets.”

The product is patented and launches next week.

The caskets are something different, and are particularly sought after by people who are environmentally conscious.

“For this day and age, I think it’s a great time to be doing something like this.

“It decomposes quicker, it’s obviously cheaper than a solid wood casket, it cremates quicker…and you can paint on them, draw and that kind of thing.”