Emilia brought back to life on stage 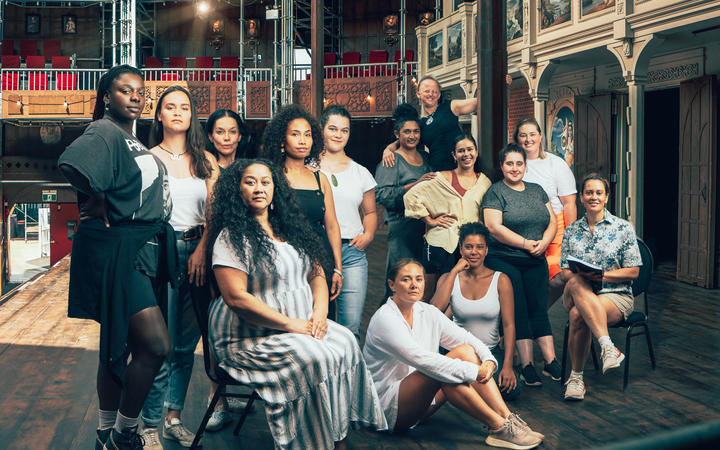 Unsung literary hero Emilia Bassano lived during the time of William Shakespeare and is suspected to be the ‘dark lady of the sonnets’ he wrote about.

The play Emilia, written for an all-female cast, looks at the struggle she went through to be heard at a time when she was herself a playwright and author.

It explores forgotten woman – those who may be only remembered because of their connection to famous men but had their own skills and talents.

“[Emilia is] one of them,” says the play’s writer Morgan Lloyd Malcolm.

Malcolm hadn’t heard of Emilia Bassano when she was commissioned to write the play.

While researching her that she realised that, outside of modern historians, she wasn’t alone.

Of Bassano’s work, only a series of poems has survived, Malcolm says.

“What I’ve done is I’ve published a few of them at the back of the play text to try and get them out there a little bit more.”

They poems are very religious, says Malcolm, because at the time women were only allowed to publish religious texts.

“I feel like she knew that, so she played the system a little bit because they’re very feminist, she sort of sneaks that in via religion.

“I do wonder what we’re missing because I’m sure she was writing through her whole life and I wish we could read her plays and her sonnets and her other poetry because she would have written it, but it was never kept.”

Bassano was part of Queen Elizabeth’s court and the mistress of Lord Henry Carey – the patron of Lord Chamberlain’s Men which William Shakespeare was a huge part of.

Malcolm says she’d be surprised if she didn’t know Shakespeare.

“As women who are looking at history through our own point of view, we could do a lot of guess work based on our own experiences and that’s what we did.”

The play Emilia was first performed at Shakespeare’s Globe in London in 2018 before it went to the West End.