Without robust security, they found nothing separating them from the security guard.

And so, the pair told him there was a warrant out for his arrest.

They asked him to step out from behind his desk. They handcuffed him and asked him to call the other security guard down.

This was a robbery.

Eighty-one minutes later, they left with 13 paintings worth upwards of $US1 billion. 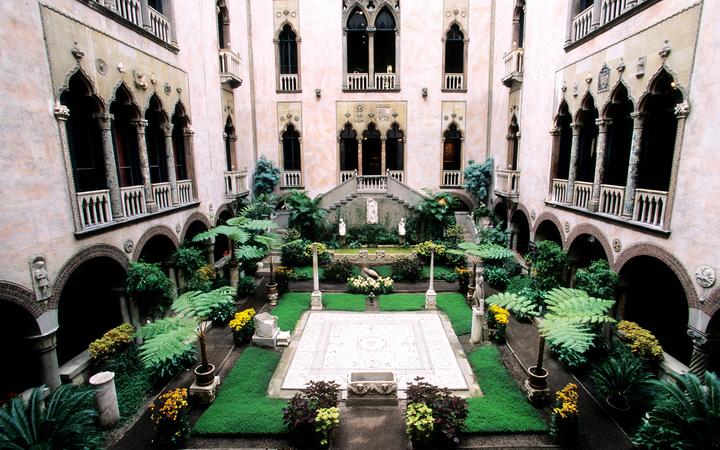 Kelly Horan goes inside the three decades-long investigation that so far has failed to solve America's biggest art heist in a podcast called Last Seen.

Like tugging on the thread of a sweater, she began to unravel the many theories.

“One of the things that intrigued me the most was why did those names and theories fall away?”

Among the work the thieves took off with, was a painting that was once attributed to Rembrandt.

“There might be some rhyme and reason there, we know that Rembrandt is the most stolen artist.”

But they left behind some real show stoppers, Horan says.

“These thirteen artworks suggest so many different reasons why they stole…”

Among the paintings stolen was Johannes Vermeer’s The Concert, one of only 35 or 36 known to exist.

“A colossal loss, this incredible painting gone, and, in some sense, it makes complete sense.”

The Vermeer is probably the most valuable and most famous of all the paintings the pair stole, Horan says.

“Some think that when the thieves woke up the next day and realised that this is a crime that happened in this tiny corner of Boston, in a very small but absolutely stunning museum, when they saw that the crime had made headlines all over the world, that’s when they realised, oh fencing these objects is not going to be so easy.”

When Horan first started her work, she thought the Vermeer would be hanging on a wall somewhere, away from prying eyes.

But the huge body of research she's read has made her think perhaps the art was taken to be used in bargaining.

“A kind of get out of jail free card, it can be used to negotiate a reduced sentence.”

In Italy, in the 1970s, art heists became popular.

“Churches and museums that had previously been untouchable, no one would think of stealing from a church or museum, the mafia went in and started stealing Caravaggio from the wall.”

Art heists spread like wildfire through Europe and criminal masterminds started to realise that stealing the Old Masters would give them more bang for their buck than stealing a diamond necklace, Horan says.

There’s many theories as to who was behind the heist.

Among them is the theory that security guard Rick Abath was involved.

“You would think that if someone had the wits to help organise the greatest art heist in history, he might be living a more colourful life.

“Really, he’s living a very quiet life, in a small New England town, he’s a school teacher for children with special needs, he still has big hairband hair, but he says he didn’t do it.”

That hasn’t stopped investigators continuing to look at him as a suspect though.

Other colourful characters that come up time and again include "the greatest art thief of all time", Myles Connor, who, in 1975, walked out of Boston’s Museum of Fine Arts in broad daylight with a Rembrandt tucked inside a specially made trench coat.

“He bartered the return of that painting back when he was in prison, so many have said couldn’t he have orchestrated a heist while he was inside prison as well. We know by his own admission that he cased the Gardener Museum with another well-known thief…” 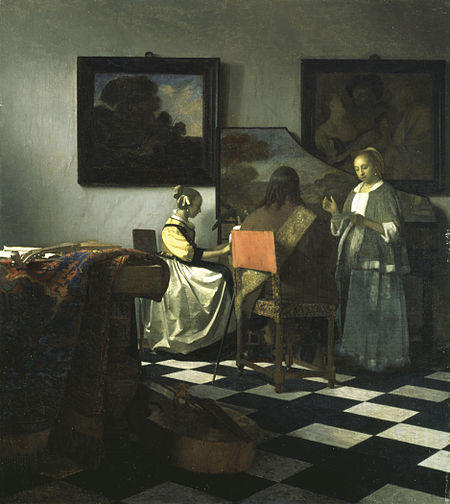 Horan says it seems everyone, who lived on the other side of the law in the Boston area at the time wanted people to believe they had something to do with the heist, or wanted to get their hands on the artwork.

Authorities say immunity will be worked into any agreement to return the art, she says.

But all the artwork needs to be returned at once, and all in good condition.

“What’s good condition? We know that some of the works were cut out of their frames, that’s pretty brutal, probably the [ancient Chinese] Gu is doing ok, it probably has a dent in it. Maybe the bronze [eagle] finial had been melted down, I mean, how do we know?”

Horan has a hunch that the artwork no longer remains together, making it very hard for them to be return them at the same time.

She’s unsure whether Abath has anything to do with the heist.

“I think after all the reporting I’ve done…I absolutely love the Brian McDevitt theory, which is that a conman from Massachusetts who had once himself tried to rob a…museum which itself was modelled after the Gardener [and] returned a decade later to do it in Boston.”

He’s said to have died in Columbia but everyone Horan interviewed have said there’s no way he’s dead.

“I find that a very cinematic and appealing notion.

“But, if I had my money on anybody, I’d say it was probably Bobby Donati, with a fellow named George Reissfelder …and perhaps a third man.”

Although, she says she's not really a betting woman.