Growing old in a French way 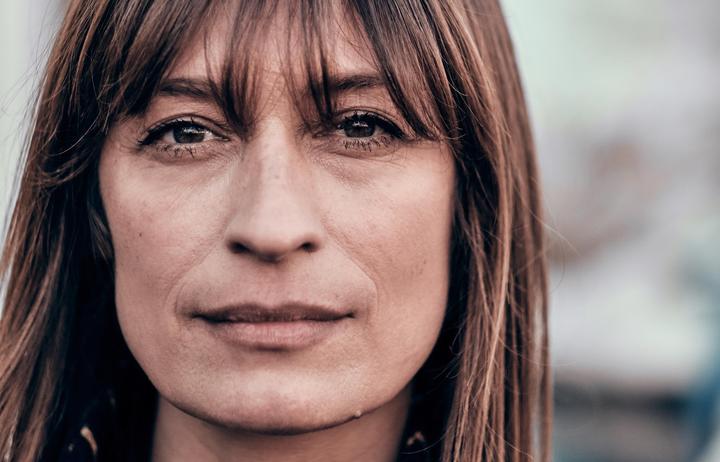 Wake up feeling great and then everyone tells you how tired you look? Call in to the dermatologist for a mole check and they offer you Botox?

When you're young you feel immortal, then little by little you come to learn you're out of the youth club, says French model and Chanel ambassador Caroline De Maigret.

She tells Jesse Mulligan that, in her case, one sign was being called 'madame' (rather than 'mademoiselle') "a bit too often".

As early middle-age approached, Caroline and her film producer friend Sophie Mas noticed interesting changes in how they felt about themselves and how they were treated – but no-one around them was talking about it.

The pair's exploration of age-acceptance led to the book Older But Better But Older – a follow-up to 2014's How to Be Parisian Wherever You Are.

French women seem more casual about ageing than those in other countries because they put less pressure on themselves, Caroline says.

"We kind of gave up a long time ago on the utopia of being perfect … it's already a great freedom and independence to be okay about having flaws, not having to be … a perfect person ageing with no wrinkles or anything."

That freedom is what people find exciting about Parisian women, she says.

Caroline – who describes herself as having a 'big nose' and a 'big mouth' – was just out of university when she began modelling.

"People in the fashion industry were asking me to have a nose job. I refused because I was not interested in changing anything on my face … it did become a strong aspect of my spirituality and my character and I'm really proud of that nose that stands tall and high in the middle of my face now."

As we age, we naturally become more interested in humankind and less egotistical, she says – but we still have to work on being happy.

Two years ago, Caroline went through what she describes as a midlife crisis.

After that, she "did a lot of work on herself".

"It was so hard, there were some very hard times, but I've never felt so alive. Living in the present is something I've finally come to."

Caroline's style tip for 'older' women is to invest in and stick with the clothes that suit you.

"Nail the pieces that are close to your personality and that you feel super-good and super-confident in. Because then when you enter a room, half the work is already done. You're already okay with yourself and you can go into a conversation and feel good."

Our listeners texted in the following stories of being reminded of their age in not-so-fun ways:

Getting old!! People offering me their seat in the tube. I looked around to see if they were talking to an old person! Suzanne Williams

This I enjoyed. Around 60 years old I was walking down the road. As I passed a builder whistled at me, I turned around and smiled. His hand went to his mouth and I could hear him. Oh no!

Hi Jesse, I was getting my haircut with a new 20 something hairdresser. When I suggested I would like a short pixie style cut, she said a long fringe would "cover up my ummm skin...! "

I'm 65 now but when I was 53 after a particularly big lunch my cleaner arrived. She asked if I was pregnant. I didn't know whether to be insulted or take it as a compliment. G

I was in a bar in split last year watching the all blacks game, and the young guy next to me leaned over and said “you sound just like my mum!” Sue