How to keep your pot plants alive

Pot plants are back in fashion and seems like they're blooming even in the smallest of living spaces.

Gardening guru Lynda Hallinan shares her tips for keeping them alive and getting them to thrive. 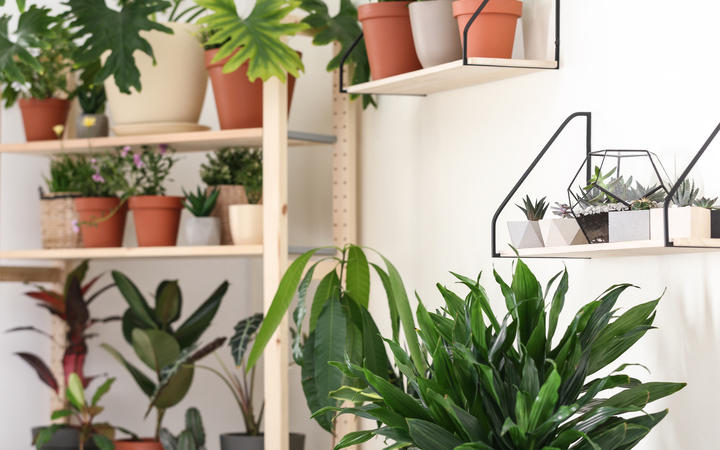 Hallinan says almost all pot plants have been grown in commercial nurseries, in glasshouses, in a temperature and humidity-controlled environment.

In summer, it can get quite hot and stifling indoors - house plants don’t generally like these conditions, she says.

To keep them healthy, you need to know the specific environment each plant requires and provide that for them, she says.

Not all plants shrivel and die in direct sun, but some will.

“Just find somewhere in your house that’s fairly temperate, isn’t going to get really hot during the day and really cold at night. They don’t like drafts, they don’t like those big spikes in temperature.”

They also can’t be too dry.

“But on the whole, better to be too dry than too wet.”

Start off by watering your plants once a week and give them a good soak, she says.

If there’s a big downpour of rain, make the most of it and take them outside to have a drink of natural water.

Just don’t leave them out there, they'll burn if it gets too hot, she says.

In winter, houseplants are dormant, you don’t need to water them unless they’re producing new foliage. If they're in a room with a heat pump or heater, you can water them once every three months.

Keep your plants in the plastic pot that you bought them in, placed inside a decorative pot, known as a cover pot, that has no holes in the bottom.

This way, when you want to water it, you can take the plastic pot out, put it under the tap until water comes out the bottom and then pop it back in its decorative pot, Hallinan says.

You don’t need to re-pot a plant more than once a year.

“Generally, when you buy a houseplant, it’s in the right pot, so you don’t need to re-pot it.”

When you do, only increase the size of the pot marginally, by around 2cm. 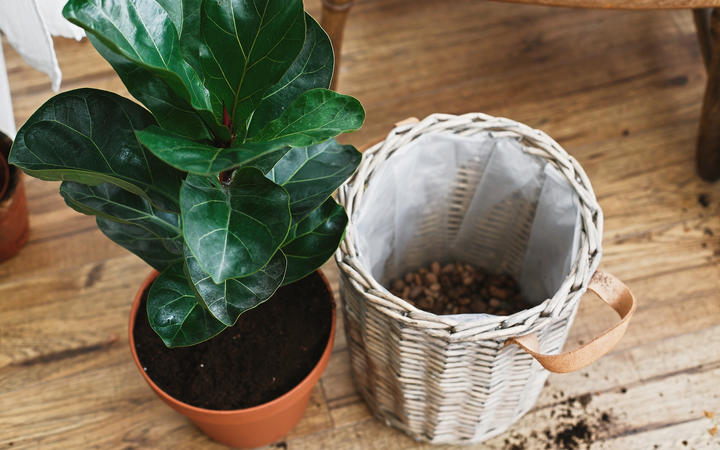 “Generally, when you buy a houseplant, these days a lot of them are potted up into quite peat-based plant mix, so it’s not like you go to the garden centre and just buy any old potting mix and bung it in, you do need a more house plant [friendly mix].”

It’s important to use a specialist potting mix because your plant is indoors, you don’t want other things growing, Hallinan says.

“If you used a garden mix, like you’d put into a vegetable bed, it often has a lot more compost in it, and so if you bring that indoors, you’ll grow some good mushrooms and it will smell funny, so you want to stick to the potting mix.”

There’s likely a lot of moth orchids around the country that haven’t flowered in a long time, says Hallinan.

Once your beloved orchid has finished flowering, cut the dead flowers off just above the node, which will then flower.

Water it, give it some house plant fertiliser and move it somewhere with at least a 5 degree centigrade difference between the temperature at day and at night.