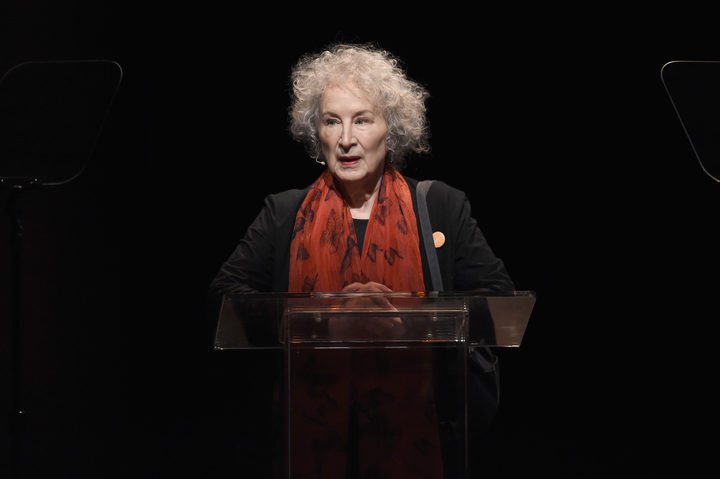 While Morris says we would expect to pay high prices for celebrities like David Attenborough, or big music acts, writers usually come to New Zealand during festivals, and ticket prices are reasonable so that the events are accessible to a wide range of people.

“Instead, when a private promoter brings in someone like Atwood, and the top price is $180…it means that many people are excluded from the event and also the people who go have high expectations for what they’re expecting.”

If Atwood appears at the Edinburgh Festival or the Vancouver Writers' Festival, she gets paid the same as other writers, Morris says.

“The colonial overlords in London have decided, no, in the colonies we must pay through the nose so that we can hear Margaret Atwood.”

The prices were however drastically reduced just before the event because it didn’t sell out, she says.

“They had to actually shift the venue in Christchurch to a much smaller one because ticket demand was so low, simply because the prices were so high.”

Atwood is a feminist who does a lot to advocate for women’s inclusion, but Morris thought it was an odd decision for her to come here and only speak to a select band of people who “live in leafy suburbs”.

She says the majority of the people in attendance were women, most of whom were older.

“Most of [the younger women] I knew because I’d given them tickets - the promoter gave 25 tickets available for free to under 25s and I had distributed them…they were really the only young people there because it was just too expensive.”

The capacity of the venue was just over 2000, she says.

Many people would have gone to the event because they read Atwood, but there was no discussion at any depth about any of her books, says Morris.

“Even her new book The Testaments, which, this is a book tour to promote that book, I can’t tell you what happens in that book, or what it’s about, or why she’s decided to write it.”

Morris says people around her were restless and grumbling because they wanted to hear about books.

Atwood didn’t do a signing after the event either - something that usually happens at these events, she says.

Without a signing, there was no need for people to buy a book on the night which is detrimental to the New Zealand bookseller that was there, she says.

“This is all part of our quite fragile ecosystem in New Zealand of publishers and booksellers and readers and writers. That’s why festivals are so important, they bring people together, emerging writers with established writers, big names with lesser-known voices, that’s what they do all over the world…