What was the worst shipwreck in Wellington waters?  Most people would probably answer the sinking of the ferry Wahine in April 1968 - a tragedy which cost 53 lives.

However, this week is the 111th anniversary of a shipwreck off Wellington’s south coast which saw the loss of 75 people – and yet it seems to have been almost forgotten. 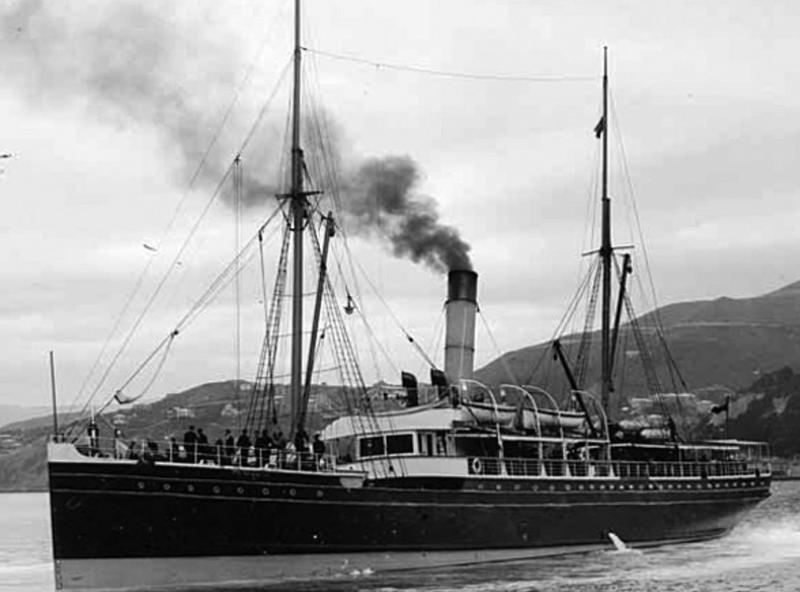 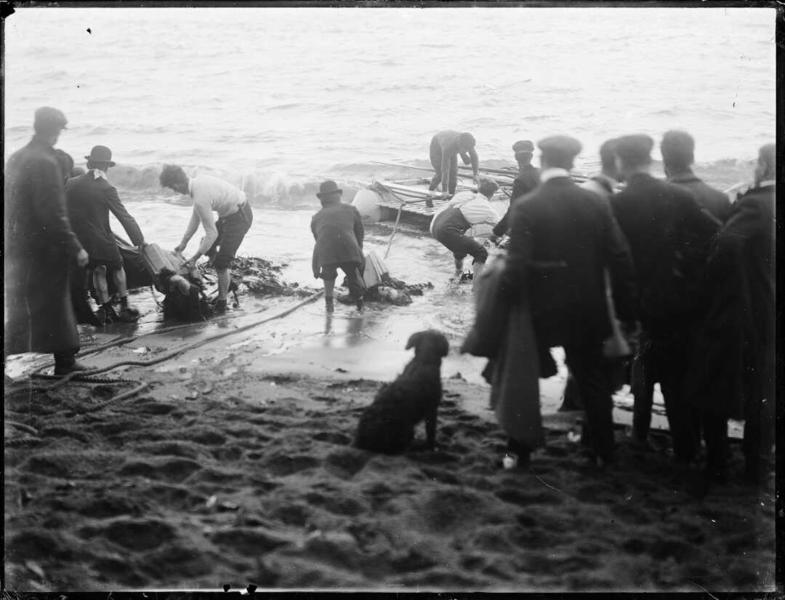 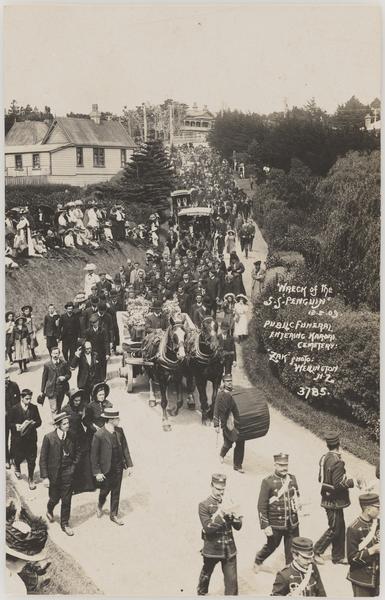 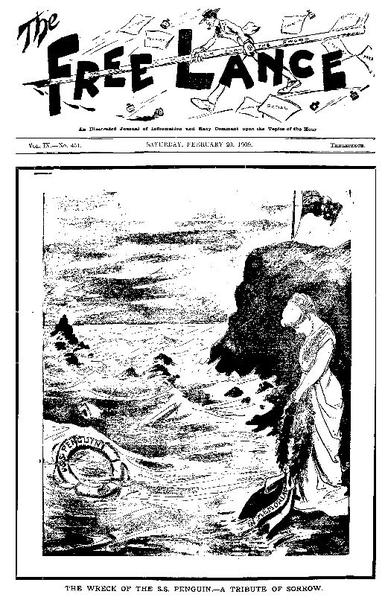 Sarah Johnston has been searching the sound archives of Ngā Taonga Sound & Vision for memories of the sinking of the S.S. Penguin in February 1909.

The S.S. Penguin was an inter-island steamer of the Union Steamship Company, on its way from Picton to Wellington.

“If you know the Earnslaw which still sails on Lake Wakatipu in Queenstown, it was something like a bigger version of that,” Johnston says.

But up until the 100th anniversary in 2009, there wasn’t even a memorial to the sinking, apart from the graves in Karori Cemetery.

That was when a maritime historian Bruce Collins, convinced the city council to erect a plaque on a rock near where the ship sank with 102 people on board, off the rugged coast between Cape Terāwhiti and Red Rocks. Of the passengers, 75 drowned, making it New Zealand’s worst shipwreck of the 20th century.

“1909 is a long time ago, so when I started looking in the sound archives I wasn’t really expecting to find much recorded sound about this disaster.

“I did find a few however,” Sarah says.

Veteran Wellington journalist Charles Wheeler, was a young reporter in 1909, and he recounts how you covered such a major news story back then, he was recorded in the late 1940s and recalls meeting the Captain of the stricken Penguin.

“Calling at the Union Company’s office I was told that the skipper of the Penguin had come in from Terāwhiti.

“Very soon I saw a tired looking man in uniform, resting himself by leaning over one of those high desks used by ledger keepers, he was Captain Naylor of the Penguin.”

The Penguin’s Captain Naylor explained to Wheeler that he believed his ship had hit a rock, known as Thom’s Rock, after losing its bearings in bad weather.

It was a stormy night, with poor visibility and they had no navigation aids such as radar or anything back then.

There wasn’t even a light on Karori Rock, as there is today. There is a theory that they may have in fact hit another sunken ship which had been wrecked earlier and was floating in the area.

The Penguin’s passengers scrambled into life boats but many of them tipped over in the stormy seas, trapping and drowning them.

None of the children on board and only one woman survived the wreck. The community at Makara, which is a rural settlement out on the coast from Karori, were involved in the rescue of The Penguin’s survivors, once they made it to shore.

An elderly Makara resident Mrs Monaghan was interviewed in 1957 and had memories of the disaster.

“We got to know about it about Five o’ clock in the morning when a young man rode over the hill and told us, and after that the Union Company sent out a lot of horses and rugs and the men from roundabout here all helped to pack them over, and cover the bodies that were washed ashore.

That sole woman survivor was a Mrs Hanham of Nelson, who tragically lost her husband and 4 children in the wreck. The newspapers of the day dedicated a huge amount of coverage to the human stories behind this tragedy and Mrs Hanham’s was certainly one of the most tragic.

“I was really surprised to find we have an interview with a survivor, recorded in 1959, around the time of the 50th anniversary of the disaster.

“He was the ship’s purser, Mr A.R. Thompson, so we’ll end today with his account of the sinking of the S.S. Penguin, 111 years ago today.”