Hands off treatment for collapsed lungs

New Zealand-led research is expected to change the way doctors all over the world treat a collapsed lung. A six year study of 316 patients has led to the conclusion that a hands off approach treating a collapsed lung leads to better outcomes than medical intervention.

Study co-author Dr Kyle Perrin, joined Jesse Mulligan to explain what this world-leading research will mean for doctors around the globe. 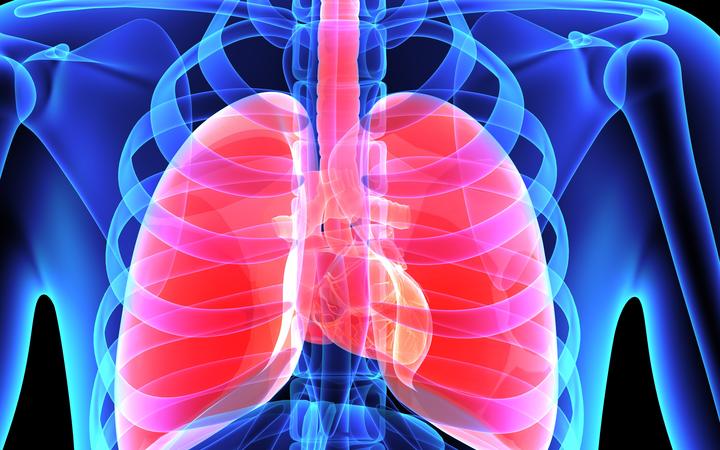 Dr Perrin says around 600 people a year turn up in hospital with a spontaneous collapsed lung. The group he studied were called “primary collapsed lung” which is predominantly made up of fit, healthy young men between the ages of 15 and 35.

“It happens out of the blue with no warning, and it’s relatively common. For reasons we’re not entirely sure, it almost exclusively happens in young men, but it might have something to do with the shape of their chest.”

He explains that the lung is like a sponge but has a coating around the outside. When that coating is punctured, the lung deflates like a balloon. People who get a collapsed lung have a defect on that surface and it’s most commonly linked to smoking.

For decades, the approach to a collapsed lung has been to drain the air out of the chest with a tube.

“What follows is pretty unpleasant really, because the drains are painful when they’re put in. We give people pain relief, but they’re sore to put in and they’re sore to have attached to you as well.”

He says that, normally, after four or five days, the lung will reinflate and the tube will come out. If it doesn’t - and it doesn’t in about a quarter of cases - it means surgery. And for those living outside main centres, that can mean travel.

Dr Perrin says the treatment they studied - observation alone - wasn’t being used anywhere in the world but was the standard practice in the 1960s.

“Putting tubes in became the standard practice because doctors like to do things to help patients. You seen an X-ray with a collapsed lung and it’s a pretty striking image and the person in front of you is sore and breathless, so there’s this natural tendency to put a tube in because we can. But it had never been proven to be the best way around it.”

For the study, there were 300 patients in total, half of which had the standard tube treatment. The other half did not have a tube placed, but were under observation.

He says that for those not given a tube, they were provided with enough pain relief for the discomfort and sent home - coming back for regular check ups to see how they got on.

“There was a view amongst some people that, if you don’t put a tube in and drain the air, it won’t ever go away - the lung won’t resolve. But, that wasn’t the case. We found that after eight weeks, almost 95 percent of people had completely resolved.”

Dr Perrin says one of the key questions was whether patients could come to harm without the tube intervention. They found that 85 percent of patients were fine on their own, and the other 15 percent went back in and had the tube treatment, but were otherwise OK.

“The outcome that’s of most importance to patients is not what their X-ray looks like, but how they feel. When we compared how long it took them recover completely, which we defined as having no pain or shortness of breath, it was exactly the same in both groups - about two weeks.”

In fact, those who had tubes put in were much more likely to suffer from complications due to the intervention.

“As well as being painful, you can get infection in your chest, you can have bleeding, the tube can be stuck in the wrong place, all sorts of things can happen.”

Another finding was that patients who had a tube intervention had a 40 percent chance of recurrence within the next 24 months. The observation group in Dr Perrin’s group, who didn’t have intervention, had half the rate of recurrence.

“It makes sense to us that if you’ve got a small hole in the surface of your lung, allowing it to collapse and stay collapsed for a while is more likely to heal that defect so that when the lung does reinflate, it’s less likely to happen again. A tube that’s constantly draining air out of the chest is likely to keep that hole open - that’s our theory, we can’t prove that.”

The study was a collaboration between Australian and New Zealand doctors, and one of the interesting things they found was that some doctors were already questioning the use of tube interventions and opting for observation instead.

“Although some EDs were a bit resistant to the observation option, other EDs were reluctant to put a tube in when people were randomised to that arm of the study.”

Dr Perrin says the patients that were randomised into the observation group were quite happy to be there and doctors were obliging when it was put to them that it was an ethical choice to test if it worked.

“They got to go home, they got to go back to work quicker, and they didn’t have all these days lurking around hospital.”