Rewi Spraggon is the master of the hāngi - and also knows a thing or two about fermenting foods.

He talked to Jesse Mulligan about the art of fermenting corn, which Māori have been doing since the early 19th century. 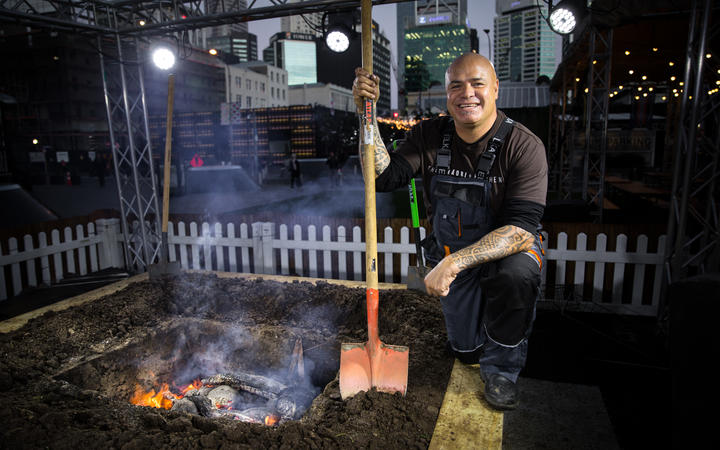 Spraggon says the tradition of fermentation goes back to way before corn was available in New Zealand.

“Like any indigenous culture, it comes back down to not having a fridge. You see the fermentation of a whole lot of seafoods, birds and what have you.

“We had to do that because they’re obviously seasonal and to keep anything over a long period of time this was one of the ways we’d do it.”

Spraggon says he was brought up doing a lot of preserving, from mussels and pipi to corn and greens.

“Mum had a big storeroom full of preserves. It was quite important for our people to actually preserve food.”

Corn was introduced by European colonists and Spraggon says Māori would put them, on the cob, into fine flax kits and drop those into a running stream for about two weeks.

“That’ll take all the toxins out and you get a bit of a pulp there which you mash up and it becomes a real strong taste.”

He says the same technique was used with karaka berries which are toxic if not prepared properly.

“A lot of people have died from eating karaka, but it was a staple diet for Māori, so they would use this same process of putting them into creeks and streams and after about two weeks all the toxins will run clear.”

Fermented corn also goes by the monikers ‘stinking corn’ and ‘rotten corn’ which he says is down to the strong smell and taste of it.

“You can always tell when it’s been cooked in a household, it’s like muttonbird, it stinks the whole house out. You’d know five houses down the road before you get home that someone’s cooking it.”

Spraggon says he knows a few people that still make it pretty regularly and it can be found in some country flea markets around the country.