Daniel Franklin of The Economist predicts The World in 2020

In 2020, we'll see a very ugly US presidential election, the "very long saga" of Brexit dominating British politics and, hopefully, real action on climate change, says the editor of The Economist's publication The World in 2020, Daniel Franklin. 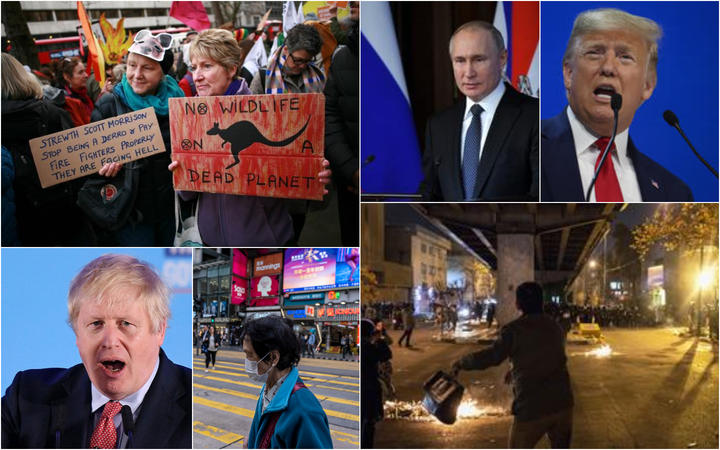 The current impeachment trial of Donald Trump guarantees the American election will be a bitter and compelling battle, but we won't know until later in the year who Trump's Democratic opponent will be, Franklin says.

In 2020, Trump will become even Trumpier, Franklin predicts.

“It's an intriguing year for him because he has some interest in, first of all, not rocking the boat perhaps as much as he has in the past because he wants the economic growth to carry on. That's a crucial part of his narrative going into the election, and he perhaps has some interest in bringing home some of the deals after a lot of arguing.

“We've just seen the new NAFTA agreement being approved and something of a truce in the trade war with China, although that's far from the end of the story."

This year we'll see Trump not as disruptive as he's been in the past, Frankin says.

"For example, with the NATO allies, you may see a slightly different Donald Trump in this election year. But perhaps the world is so used to seeing him through a certain prism that a lot of people might not recognise that straightaway.”

Brexit – which Franklin has likened to Murder on The Orient Express – will continue to dominate British politics in 2020, he says.

“We now know that we are going to have Brexit. That's a big change following the election in December, which gave a clear majority to Boris Johnson's Conservatives. There's now no doubt it’s going through Parliament and very shortly Britain will no longer be a member of the European Union.

“But that is only a stage in what will be a very long Brexit saga. That's the divorce agreement, but it's doesn't tell you much about what the future relationship will be between the United Kingdom and the European Union.

“That negotiation is going to get underway very shortly after Brexit and it’s going to be quite a tricky one, I think for both sides. And there's another deadline looming when the transition arrangements are due to come to an end at the end of the year. So, there'll be a lot of brinksmanship in the year ahead.”

We've arrived at a "crunch year" for action on climate change, Franklin says.

“So far the scale of ambition has been nowhere near good enough so at the national level that rather major thing will be going on.” 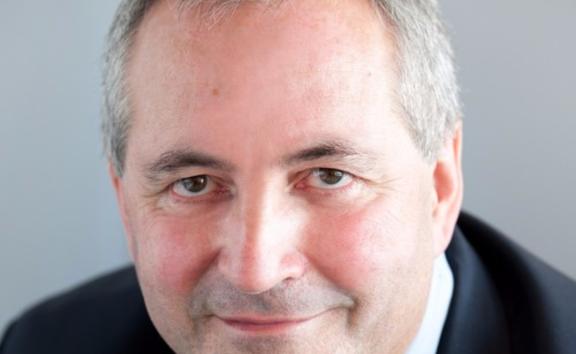 The business sector is now starting to move on the problem of climate change, he says.

“I think there's a lot of pressure in boardrooms to be more responsible, to set targets themselves at the industry level for reducing carbon emissions and taking other action that reduces environmental damage generally.

“And then there's pressure from below. We've seen the extraordinary momentum behind Greta Thunberg. I think grassroots pressure is only growing.

“The big question I think for 2020, I think is a bit of a crunch year, is whether all this talk at the national level, the business level is really leading to concrete actions, credible actions, that will make a difference or whether it is just a lot of rhetoric.”

This year, international treaties are like to come under further strain, Franklin says. The nuclear non-proliferation treaty turns 50 and starting to show its age.

“What you also have in 2020 is the five-yearly review conference, known as Rev Con, which is going to be a pretty uncomfortable affair, I think, because a lot of the nuclear agreements that have been in place have either ended or are falling apart. The INF Treaty on intermediate-range nuclear forces has been abandoned by American and Russia, the New STAR Treaty (strategic arms reduction treaty), which concerns longer-range nuclear weapons and has very intrusive inspections regimes, that's going to run out of it's not extended by the beginning of 2021.

“At the moment, it's not looking very optimistic that Russia and America are terribly interested. Certainly, on the American side, there doesn't seem to be a lot of enthusiasm for that. “

With the Iran nuclear deal fraying, we could be entering a shaky period in global security, Franklin says.

“It's not a cheerful thought for the year ahead, but I think it is a concern that this great bargain that lies behind the nuclear non-proliferation treaty that those countries that don't have nuclear weapons agree to refrain from getting them so long the nuclear powers work towards reducing and ultimately eliminating their own nuclear weapons. That’s looking very shaky and that's why it'll be a rather fraught review conference in the spring.”

Streaming wars will continue in 2020 and content-wise, we're living in a golden era, he says.

“So many services are now piling into creating an enormous amount of often very, very good content. There's a land grab going on for the territory of streaming attention.

“It probably can't last forever, there probably be some sort of consolidation going on. Not all these players will survive or they'll be taken over and the spending will get a bit more sensible but for the moment enjoy the cornucopia of content.”

This is Daniel Franklin’s last year as editor of The Economist's 'The World in...' special edition. Guests in the current edition – including Prime Minister Jacinda Ardern – give their views on topics such as online extremism, politics, artificial intelligence and sport.