How emotions leave their marks on our hearts

Every break up, every loss, every time we fall in love, it leaves a mark in our hearts. A record of our emotional lives is written on our hearts according to Dr Sandeep Jauhar.

He's a US cardiologist and author who says hearts physically change shape in response to grief, fear and other intense emotion.

Dr Jauhar tells Karyn Hay he’s promoting a new way of thinking about heart health, not just in terms of physical wellbeing, but emotional wellbeing too. 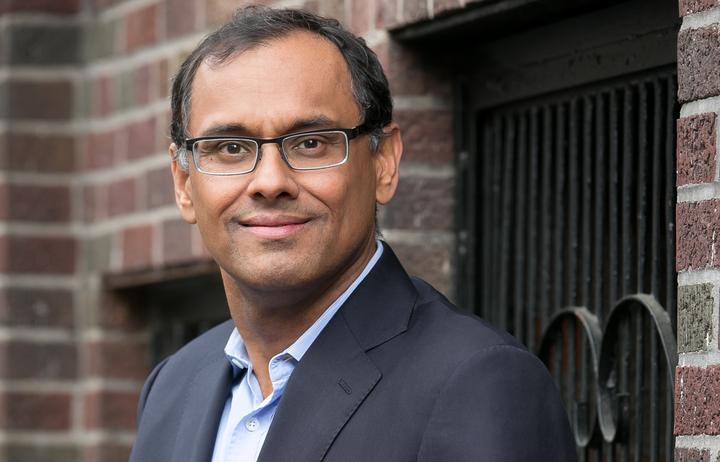 “Humans, in general, view the heart as a very special object. It’s not just a biological entity, it carries a lot of meaning. It’s probably the most metaphorised in human life. It has meaning in the emotional domain, the social domain, and obviously in the medical domain.”

It’s unclear how exactly the heart became such a special organ for humans, but ancient Greeks viewed it as the centre of the body.

“The heart was really the only organ that palpably moved, so that gave it special meaning.”

Dr Jauhar says one of the reason the heart became associated with romantic love and sex is because the valentine heart represented the leaf of a plant called silphium which was used for birth control in the Middle Ages.

“We know that from the Middle Ages there were paintings of lovers in which the valentine heart was prominent. Over the centuries, that shape eventually became coloured red, which was a symbol of passion.”

One of the central themes of Dr Jauhar’s book Heart: A History is whether the metaphorical heart and the physical heart intersect.

“In other words, does the biological entity respond to the emotional connotations of its metaphorical counterpart.”

And ultimately, he’s found that it does. One of the clearest examples is the syndrome known as takotsubo cardiomyopathy, or broken heart syndrome.

“The heart appears to weaken and change shape after an event of intense grief such as after a romantic break up or the death of a loved one.”

It’s not a rare syndrome either, Dr Jauhar says they see it many times a year at his hospital.

“After an intense moment of grief, they can develop shortness of breath, chest pain - symptoms that mimic a heart attack. When you do an ultrasound of the heart, you find that it has acutely changed shape into the shape of a takotsubo.”

He explains that the syndrome was first discovered in Japan and a takotsubo is a special type of pot used to trap octopus.

“It seems to change into the shape of this pot, with a very wide base and a narrow neck. We don’t know why this happens, but we do know that in most cases, the syndrome resolves.”

However, in some cases, people can develop acute problems which can lead to death.

“A broken heart is literally and figuratively deadly.”

It’s not just heartbreak that changes the shape of the heart, happy events can also cause physical changes.

“Why different emotional precipitants would result in different morphological changes is a mystery but it’s just a reminder, to me as a cardiologist and to anyone that has a heart, that beating organ is really a mysterious object.”

Dr Jauhar was, in part, drawn to the field of cardiology because of his own families history with congenital heart disease. His grandfather died suddenly before he was born and he says it had a profound effect on his father, who witnessed the death.

“When I was growing up, I was just obsessed with learning about the heart because it seemed like such an amazing and powerful thing. It could snuff out your life. You could be healthy and die, which is what happened to my grandfather.

“That power belongs to the heart only. No other organ can cause a sudden death, only the heart. Despite being vulnerable, the heart really toils. It’s such a hard worker.”

And it’s not just acute grief and heartbreak that can throw it off, more gradual emotional stresses, for instance in the workplace or at home, can be very damaging.

“Heart disease is not just biological, it’s social, political, and familial, and all these things need to be address if we’re going to combat the disease of this organ.”