Inspired to help refugees on the Greek Island of Samos, The Tent Collectors are gathering up left-behind tents, sleeping bags and mats left behind and sending them off to Samos. 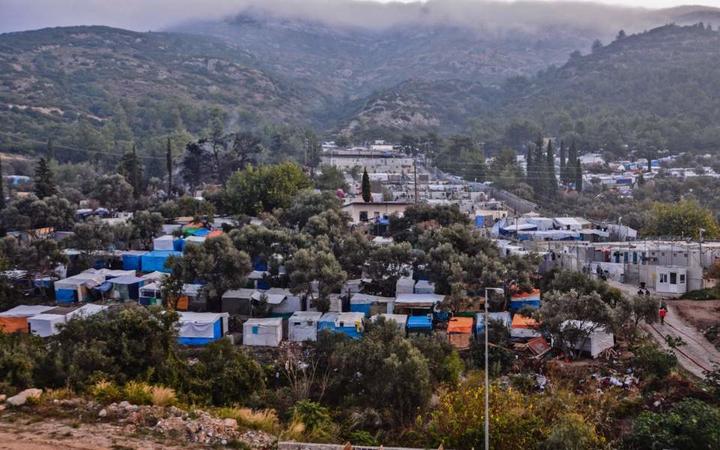 Sam Reynolds and his partner Kate Robertson have set up the charity in time for this summer's festival season.

The idea came about after Kate spent time on Samos as a volunteer, Sam says.

“On that island there are refugees flooding in from Syria, Afghanistan, and war-torn countries in that area.

“At the moment, there are 5900 people in a camp built to accommodate 650 people. So, it's pretty tough-going really.”

After Kate returned to New Zealand, the couple heard further misfortune had befallen the refugees on Samos.

“There was actually a fire in the camp, which destroyed what little a lot of the people had.

“At the same time, we'd already talked about this waste issue at New Zealand festivals with thousands of tents and sleeping bags being left behind. So, we just kind of connected the dots really.”

The Tent Collectors will focus on two festivals this summer - Bay Dreams in Hawke’s Bay and Soundsplash in Raglan.

“Then on the second day, we will probably go to the festival while we're there I guess, on the third we’ll do the actual collection of the campsite, bring it back to Hawke's Bay, clean it and store it.”

Cleaning out the tents might not be a pretty job, he says.

“You could say it's character-building pulling things out of tents. But again, these guys have nothing, those refugees over there. So, any shelter we can give them is a great help.”

The couple estimate they'll reclaim 400 tents and a similar number of sleeping bags.

“We're hoping to fill a 20-foot shipping container with tents and sleeping bags.”

It makes sense from a cost, environmental and humanitarian perspective, he says.

“Do you want to put 600 tents into a landfill? We’re trying to mitigate tents and plastics teams going into landfill.

“We've done the maths on it, it still works out one to be cheaper doing what we're doing and the waste minimisation part of it is hugely important as well.”

So far, about 18 volunteers have signed up for the project and the organisers on Samos are right behind the initiative too.

“Kate's already got those channels of communication open because she was obviously working there. And they were pretty overwhelmed …. they were very happy.”

Sam says he and Kate are happy to spend their time helping out.

“These refugees have nothing, literally nothing, and they're jumping on pretty dangerous boats to get across the water and then turn up on this island and hopefully given a tent and a sleeping bag. So yeah, I guess it's about helping others.

“We're in a pretty lucky situation. We do not we don't have to deal with this sort of stuff.”

Tent Collectors is looking for donations of gear and money, Sam says.

The money will go towards the logistics of collecting, storing and cleaning the tents and the cost of shipping the container to Greece. They estimate the total cost will be about $30,000.