A brief history of sneakers

Earlier this year, hundreds of Australians queued for hours ... for the right to splurge a few hundred bucks on a pair of shoes, designed by the rapper Kanye West

It was yet another example of the timeless appeal of the sneaker - arguably one of the great symbols of western capitalism - and of conspicuous consumerism. 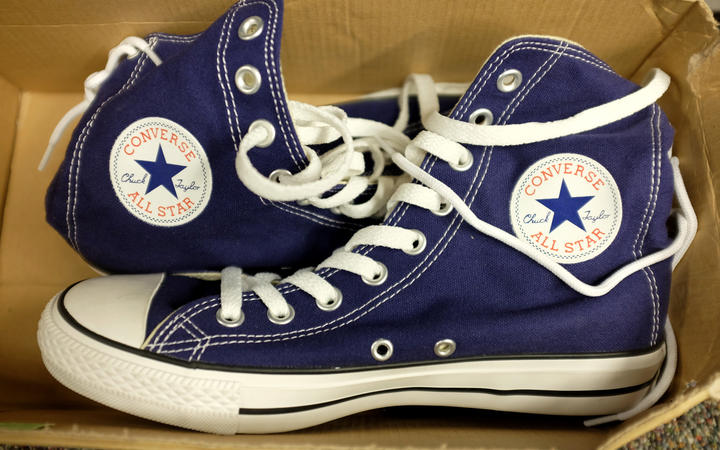 But in an age where companies' reputations can hang on their environmental record, where does this leave the humble sneaker heading into the future?

Emily Brayshaw is a lecturer in fashion and design at the University of Technology Sydney and she's written an article on the topic for The Conversation website. She joined Jesse Mulligan to explain more.

Designer fashion, nostalgia magnet - what's behind the rise and rise of the sneaker?

In June this year, hundreds of Australian shoppers queued – some overnight – to buy a pair of Yeezy Boost 350 V2 Black Static Adidas sneakers the moment they went on sale. Before lining up, customers had to register and go into a draw to determine whether they could buy a pair. The shoes sold for a few hundred dollars but are now being traded for up to A$3000.

This quest to obtain limited edition sneakers designed by rapper Kanye West is not an isolated phenomenon. People have long gone to extreme lengths to get their hands on the latest kicks.

There have been reports of sneaker violence since the 1980s.

For those wishing to form a more orderly queue, the internet has responded with news services and dedicated message boards to help people get the latest kicks. Other sites treat sneakers like stock market commodities.

But how does society’s sneaker love tally with our awareness of the environmental and human cost of consumerism? 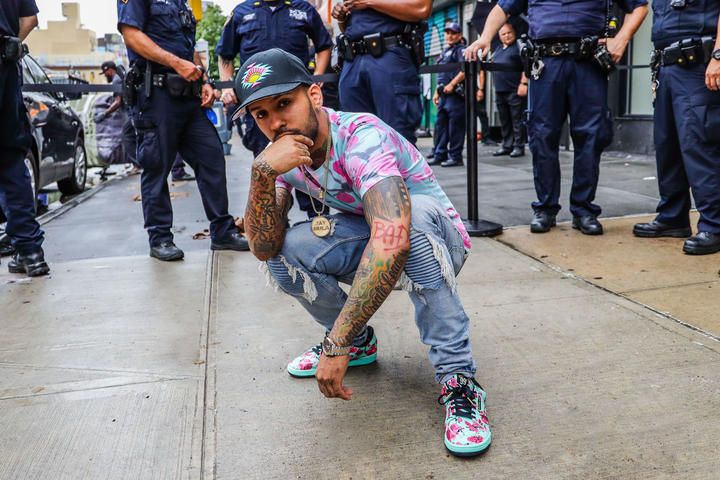 A pop-up store of the Arizona tea brand in partnership with Adidas was closed down by New York City Police (NYPD) because of the number of people who went to the site. Photo: AFP

The first sneakers appeared in 1830s England, when Liverpool Rubber bonded a canvas outer onto a vulcanised rubber sole, creating the original sand shoe for the Victorian middle classes to wear on the beach.

Different styles of the shoe were developed in the UK and the US throughout the 19th century to respond to athletic pursuits like running, tennis, jumping and sailing. The term “sneaker” was coined in the US in the 1870 to describe the shoe because it was noiseless. Athletes in Paris wore sneakers at the first modern Olympic Games in 1900.

The American pro-basketball player Charles H. Taylor, passionately promoted the sneakers designed by Marquis M. Converse in 1917. By 1923, Taylor’s improvements had been incorporated into the shoe, his signature added to their design, and Converse “Chucks” have remained unchanged since.

Since the 1970s, sneakers have been linked to skateboarding and hip-hop culture, including break dancing; urban pursuits that require a high degree of comfort and ease of movement. The explosion of hip-hop from the mid-1980s and its global dominance in the 1990s meant that sneakers quickly became a visual symbol of hip-hop and a symbol of its separation from the mainstream.

Run DMC’s 1986 track, My Adidas was as much about the band’s love for sneakers as it was about how quickly people judged black youth who wore sneakers to be troublemakers.

Likewise, when rave culture blossomed in the 1980s and 1990s, sneakers became the footwear of choice for the 24-hour party people who dressed to sweat.

The current nostalgia in sneakers extends to design imagery, styles, and colour combinations. In April this year, Adidas issued a limited edition version of the My Adidas Superstar 1986 sneaker. 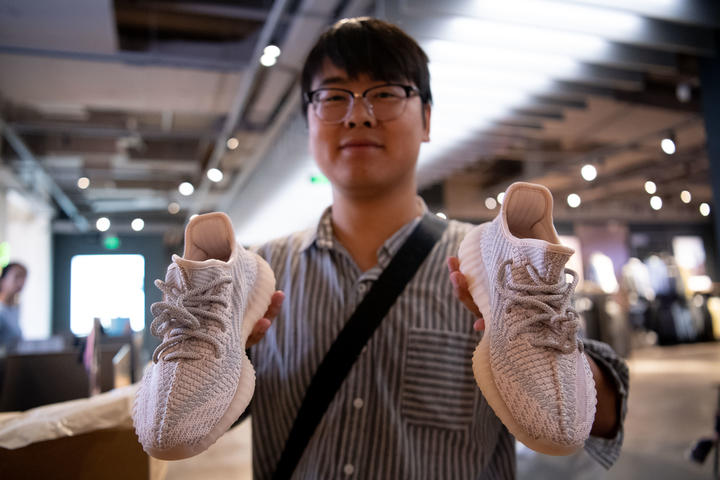 Balenciaga’s recent Triple S sneakers (priced at around A$1300) echo the platform sneaker trends of the 1990s, with the company’s CEO Cédric Charbit, noting “sneakers … blend nicely with the way we live”.

Where once 1980s women swapped their commuter sneakers for power heels at the office, people now wear their sneakers all day.

While many sneaker fans continue to prioritise style over environmental concerns, others are demanding transparency around the ethics and impact of production, leading to the rise of the sustainable sneaker.

Adidas has been making sneakers using recycled ocean plastic since 2015, but says it wants to go further. It launched the Futurecraft Loop in April, a sneaker made exclusively from 100 percent reusable Thermoplastic polyurethane that can be recycled again and again.

Adidas, Brooks, Reebok, and Salomon showed positive working conditions at their factories in a 2018 survey, but there was still a problem with low wages.

Sites like the Good Shopping Guide can help customers can make more informed choices. But sustainable fashion expert Mark Liu notes, “Sneakers are still extremely problematic because of all their toxic petrochemical components, glues and the amount of greenwash in the industry”.

One key to enduring sneaker love is scarcity. Adidas only released 1986 of their limited-edition My Adidas Superstar 1986 shoes. West also generates exclusivity with low production numbers – only 40,000 pairs of Yeezys are made worldwide for each drop and shops in Australia may only have 25 pairs of each incarnation.

The combination of rarity, and the myriad cultural meanings embedded in sneakers creates an emotional pull for collectors like DJ Jerome Salele’a that ties them to sneaker, hip-hop, skater and rave communities around the globe.