The film, due for release in February next year, is directed by Autumn de Wilde and stars Anna Taylor-Joy as Emma, Johnny Flynn as George Knightley with Bill Nighy, Rupert Graves, Miranda Hart, Mia Goth and Josh O’Connor making up a stellar cast. 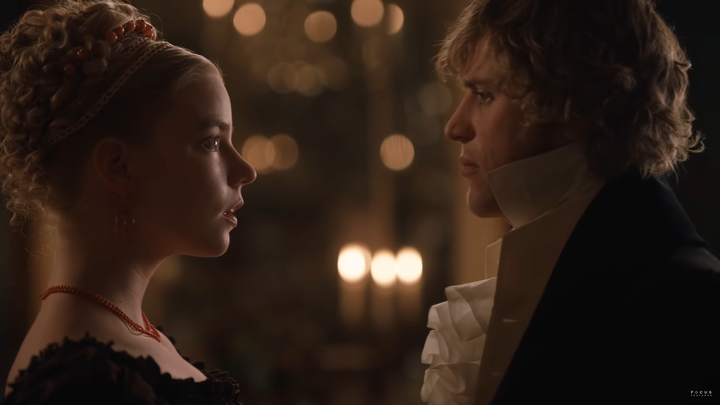 “You can never have too much of Jane Austen, let's face it. It’s absolutely fabulous that Eleanor Catton is doing it and I'm hugely intrigued to see what she does.”

Catton will bring something new to the much-revisited Austen classic, Harris says.

“Eleanor Catton is so smart I think she's going to do something really, really interesting. And of course, everybody who reads a book brings a different take to it.

“And hers is going to be a higher order take I'm quite sure.”

Emma is a heroine for the ages it seems, she still intrigues audiences 200 years after Austen created her.

“Emma is the heroine that Jane Austen said, nobody but herself would much like,” Harris says.

“She's rich and she's clever and she bosses people around and a lot of people recoiled from that.

“She tries to make matches for all her friends and she tries to do a makeover on young Harriet Smith. And she keeps getting things wonderfully wrong and you don't figure that out till the end of the book. So, it's a kind of detective story really.”

She may be spoiled and headstrong, but Harris says Emma is still a likeable character.

“She does realise that she's done all these things terribly badly and makes up for it, but she can be cruel and she can be difficult and she thinks she's entitled to organise other people's lives. So it’s a bit of a lesson to us all really.”

Back in the mid-90s Clueless, a much looser adaptation of Emma by Amy Heckerling and starring Alicia Silverstone, placed Austen’s flawed heroine in modern day Los Angeles - Harris says she loves the film.

“What I think was so clever about Clueless is that it brought it up to our time and place and put it in the language of Valley Girls. I must have watched it a dozen times and I still howl with laughter, it is just so smart. And it's translated into our language, our time to make it relevant.”

Catton’s screenplay is likely to be more literal than Clueless, and Harris says Austen’s books, while rich in dialogue, give few visual cues for a film adaptation.

“She does very little description of clothes or fittings or landscapes or anything like that. But in a film, you've got to fill a screen from side to side. And so often I find with the adaptations, there's too much stuff on the screen.

“The horses are galloping, and there's always a lengthy dance sequence, they’re in their carriages and their costumes. And that's all gorgeous in its own right - but that's what you have to do, and it can be a bit of a distraction.”