Being a Hollywood film producer requires nerves of steel and the foresight of an oracle to choose films that will engage audiences and directors that will bring that vision to life.

After more than 50 years, 52 Oscars nominations, including 12 wins, legendary producer Irwin Winkler can honestly say he’s got it sussed. 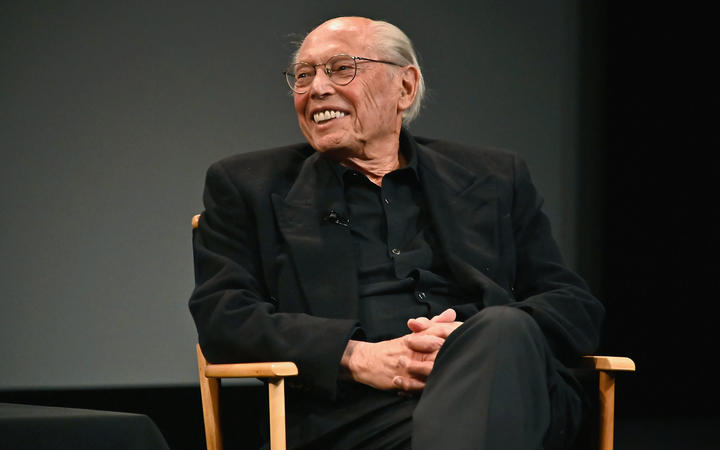 He’s the man behind films ranging from Elvis Presley rom-coms to the Rocky franchise to Raging Bull, The Wolf of Wall Street, and the latest Scorsese film The Irishman.

As a producer, he found himself time and again in choosing to fight for films that would be important and choosing ones that would break the box office. He shares his insights won over half a century in the film industry in his new book, A Life in Movies: Stories From 50 Years in Hollywood.

His entry to the industry sounds like a Hollywood story in itself. He rose from the mail room to the Oscar podium. He tells Jesse Mulligan his big break came from representing Julie Christie.

“I negotiated for her to do the role of Lara Antipova in Doctor Zhivago and that put me in touch with hierarchy at MGM who financed the film. One day, after a very difficult negotiation, the president of MGM, Robert O’Brien, said to me you, ‘you know, we don’t have any really young, forward looking, thinking on their feet, producers in Hollywood. Why don’t you get a script and if I like it, we’ll make you producer.’

He agreed, but didn’t have any scripts he felt were worthwhile. One of O’Brien’s executives called and said they had a script [Double Trouble] that would be a good vehicle for Julie Christie.

“Sure enough, I called Mr O’Brien and a couple days later he called and said he didn’t want to do it with Julie Christie.”

Instead, O’Brien proposed Elvis Presley for the role.

“I said, ‘that’s the best idea I ever heard’, and he said ‘how quickly can you get out to Hollywood’. And that was my entry.”

Winkler says Elvis was very professional on set, but didn’t have much interest in acting. It was the musical numbers that he really enjoyed.

“When he recorded the songs, he was really home. They were great fun, he’d order in pizza and beer for everybody – it was a party. He loved the singing part of it. The acting he did because he had to."

He says the role of the producer underwent a big change around 15 years ago when studios decided to spread the risk of financing films and began bringing in independent financiers.

“Some guy would show up from Las Vegas or Paris and say, ‘I’ll put up half the budget, but I want to be the producer – I want to be the guy that if the picture wins the Oscar, I go up and get it.’

“So, the role of the producer diminished with the advent of studio co-financing. As you will notice if you look back on the films Bob [Robert] Chartoff and I made, and the films that I produced when Bob and I went our separate ways, you’ll find, usually, there’s just one producer. Nowadays, and if you look at The Irishman, you’ll see eight or nine producers.”

He says the hardest part of being a producer is getting the script that a people want to do.

“No matter what your relationship is with an actor or a studio or a director, the first thing they’ll say is ‘let me read the script’ – and it’s the first thing I’d say frankly. To see if I’m comfortable with it artistically or emotionally." 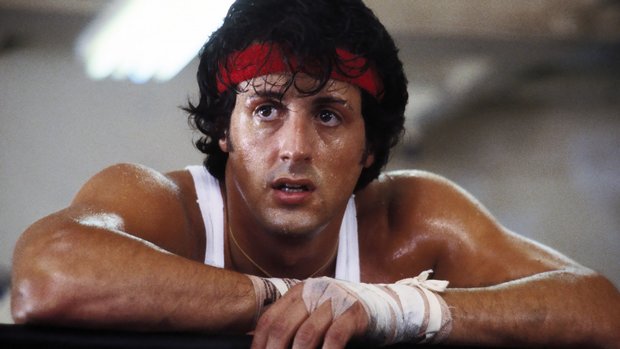 So how did a veteran producer end up backing Rocky, a film written by and starring someone virtually unknown - Sylvester Stallone.

“He made me an offer I couldn’t refuse. He said, ‘look, if you like this story, I’ll write this script for nothing - you don’t have to pay me - there’s just one demand I’m making; if you like it and you wanna make it, I have to star in it.’

Winkler came up against the studios who wanted Burt Reynolds in the film and had to mortgage his house to finance the film. It was a risk that paid off, with the film garnering the best picture Oscar.

He says the success of Rocky was partly down the state of the American psyche at the time.

“America had just come out of the Vietnam. We’d gone through Watergate, we’d gone through the youth rebellion, we’d gone through a really terrible period politically and socially in America. We came along and we said, if you believe in yourself, you can win, you can conquer anything and anybody. That’s what Rocky represented to the underdog, and America really felt that.

“If you look at the other films that were nominated, Taxi Driver, which is arguably one of the greatest films of that era, was obviously not an uplifting film. The same is true of Network, it was a hard, tough look at the television industry. All the President’s Men was about the downfall of Richard Nixon. We came along and said, you know, things can be good. It was contrary to everything that was going on and gave people a lot of hope.”

Rocky paved the way for another Winkler hit, Raging Bull. He says the studio were desperate for Rocky sequels, so they leveraged that by negotiating that if they do sequels, they would be allowed to make Raging Bull.

“We then made Rocky II, III, IV, V - a whole bunch of Rockies for them over the years - and Raging Bull stands out as one of the great films of the last couple of decades.”

Raging Bull was neither the first nor the last time Winkler worked with Martin Scorsese. The pair have a relationship which spans from the mid-1970s until today.

“He’s a man not only of incredible talent and vision, he’s a man who loves to take chances and risk his neck every time he makes a movie. That’s inspirational because it makes you want to throw away the leash of being complaint to what everybody thinks is the best way to do something and really follow your own instincts creatively.”

Winkler says he and Scorsese were lucky when they made Raging Bull because the studio was distracted and tied up with Heaven’s Gate. They were left own their own to make the film according their vision.

He says when they showed the finished film to the studio, the president went up to Scorsese and said ‘young man, you’re a genius.’ 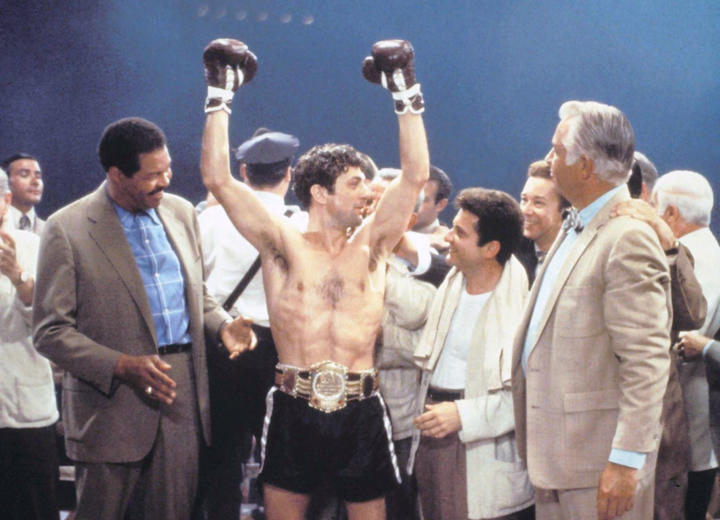 The Irishman comes out later this month and it’s a project Winkler firmly believes in.

“It’s about friendship and betrayal and where life takes you towards the end - what happens when it’s all over, when the party’s over and you have to live with yourself, and you have to look back on what your life was.”

After all this time in the industry, the magic of the movies still hasn’t worn off on Winkler.

“I’m thrilled with the reception we’re getting on The Irishman, and I’m looking forward to making our next film, Creed 3, and I’m just as excited as I was a long time ago. Not as needy, but just as excited.”