Can you really achieve anything if you try hard enough?

Meritocracy has not only concentrated wealth and opportunity in the hands of a few, it adds insult to injury by telling those excluded by the system that if they work harder they can make it too.

That is the central premise of a book The Meritocracy Trap by Professor Daniel Markovits, professor of Law at the Yale Law School.

Today’s meritocrats have entrenched themselves in society just as the aristocrats they replaced did, he says. 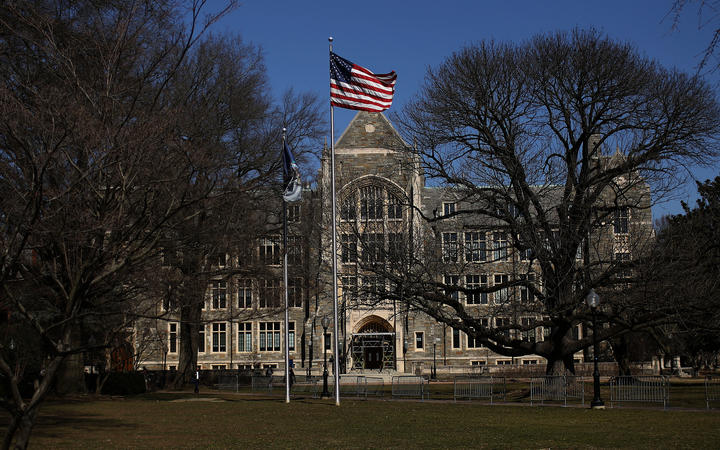 “And so now we have an elite that is made by the system that it knows how to master, and the current elite educates children with an intensity, investment, resource richness and skill that nobody else can match. And that excludes everybody else from advantage.”

And it all starts with education, Prof Markovits says. The US has become vastly unequal in the space of about 40 years as access to an elite education is effectively denied to working-class and middle-class Americans.

This chokes off social mobility, he says.

“What this means in practice is that social mobility is very low. In the US it's maybe a third as, for example, it is in Scandinavia or other parts of northern Europe.”

And then what meritocracy does, is it adds a moral insult to this economic exclusion, he says.

“Meritocracy then describes exclusion as a form of individual inadequacy or moral failure, or inability to measure up, and so it tells those who have been structurally excluded that it is their fault that they're excluded.

“And that's a particularly damaging and actually, in some ways, quite brutal way to treat people in the shadow of inequality.”

Prof Markovits says the rich are also trapped in a joyless, relentless system.

“The people who are most harmed by the system are those who are excluded, the excess investment that in the United States today rich families make in their children's education is the economic equivalent of a traditional inheritance of $10 million per child.

"And the middle class and the working class that can't make that investment, can't allow their children effectively to compete and that exclusion is the morally worst and politically most unjust.”

But he says the rich kids who get this investment although benefitting from it, are also subjected to it.

“An elite childhood in a meritocratic system is one in which from, even before school starts, the child is constantly pushed and prodded and manipulated and tested and told it has to measure up and shifted and deformed and caused to try to aspire to things that are hard to get.”

And once such children are through a highly competitive university education, the corporate world they then enter is brutal, he says.

“They go to jobs where they work all the time. You know, in finance, for example, bankers used to work bankers’ hours, which was a 10 to three business day.

"Today bankers work what they call the bankers nine to five, which starts at 9am on one morning, and ends at 5am on the next.”

Prof Marovits makes it clear it is the poor who suffer most in a meritocracy, but says the system works badly for all concerned.

“The grinding hours of this kind of labour at tasks and jobs that people don't really value, is itself a form of terrible oppression and exploitation, not of the sort that should give anybody outside the elite any political sympathy with rich people, but of the sort that means that this system does not serve the rich very well either in human terms.”

New Zealand is a much more equal country than the US, but that is no reason for complacency, he says.

“This kind of inequality tends to snowball. So, what happens is one generation gets this exceptional education and then gets very high-paying jobs based on it. And then those workers push to remake the economy in ways that favour their skills and so that wage inequality grows.

“And then of course, they have even more money to invest in their children. So their children get an even more special education. And they as workers get even higher wages, and the system snowballs out of control.”

“Something that can start as modestly unequal in the manner of New Zealand today, which is what the United States was like in 1970, can over the course of a couple generations become extremely unequal.”

Just how unequal is the US? Prof Markovits gives the example of his own Ivy League university.

“If you look at scores on the SAT test, which is the nationwide test that dominates college admissions, the Ivy League median in English is about 750. In a typical recent year there were 15,000 students who had a parent who had attended postgraduate education, who scored 750.

“If you ask how many students there were neither of whose parents had finished high school, who scored 750 the tail is so thin that statistics are no longer reliable, but if you grind out the maths, you get 32.

“So that's the extent of the inequality that the system produces. Both in who is in the elite, and in the academic achievement that this former stratification allows people to have.” 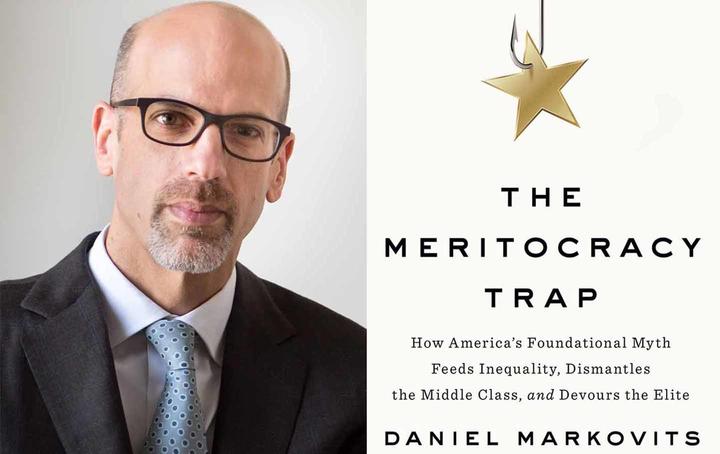 Recent controversies over the wealthy offering illegal bribes to get into to elite universities is a sideshow, he says.

“There's a perfectly, so to speak, honourable way of getting your child an advantage, which is paying for the best schools and the best tutors, providing a setting in which they get a lot of additional help. They do a lot of homework, they get a lot of supervision. And then at some point, they actually have better training than everybody else. And that's perfectly legal, but that's the most important way in which inequality perpetuates itself.

“Focusing on illegal forms of elite privilege doesn't ignore the legal forms but it disguises them because it makes people think that if we just had more and better meritocracy we'd have a fairer and more equal society, when in fact, meritocracy itself is the thing that is rigging the system. And the structure has to be addressed, not just the people who cheat.”

Whither the middle class?

The super-charged elite, spawned by a now warped form of meritocracy, has eaten the American middle class he says.

“In the United States it affects the middle class by slowly, but inexorably and grindingly, eliminating it so that an economy that in 1950, and as recently as 1970, was dominated by middle class jobs - these were jobs for skilled but not super-educated workers that paid respectable but not extravagant wages - has now become split into an economy with a small elite of superordinate workers, and a large mass of people whose jobs no longer provide either income or security or dignity.” 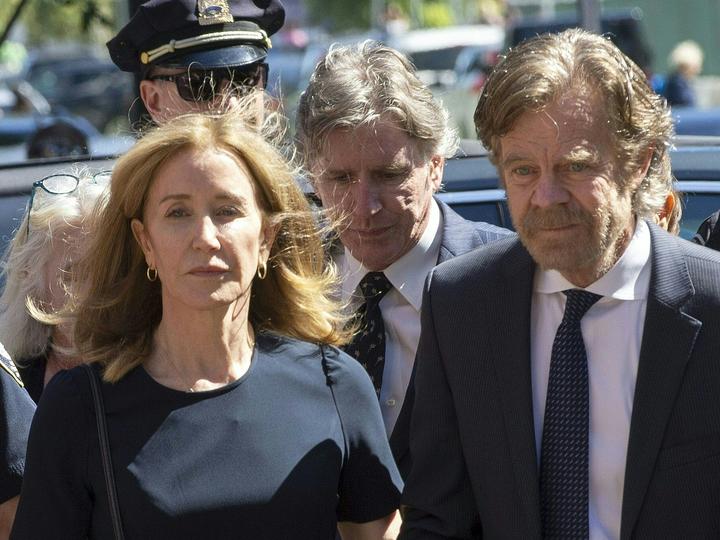 So why did non-elite, poor working-class voters vote for a multimillionaire in the 2016 US presidential election? Prof Markovits says because Trump despises the meritocratic elite as they in turn despise him.

“One of the things that that super-rich oligarchic populists are, is they're precisely not meritocrats. Donald Trump hates the meritocratic elite. He is despised by, and despises back, professionals, universities - the power structure of the society.

“When people who resent the elite accept his wealth, they're partly right in thinking it's not his kind of wealth that’s keeping them down, or keeping their children from advancing, it's rather the broad elite that Trump is also attacking.”

This is one way which meritocratic inequality galvanises middle class resentment to accept oligarchic rule, he says.

Another way is what he calls a “dark psychology to supposedly justified disadvantage”.

“When people are excluded from privilege, have their children excluded from real opportunities for economic and social advancement, and are told that it's their fault, it's natural to look for scapegoats and to lash out and a lot of the nativism and white nationalism that we see is the expression of this kind of resentment as supposedly justified inequality.”

And he says the myth of meritocracy poses a deeper threat to democracy.

“One of the ways in which the meritocratic elite protects its privilege is by using institutions and the rule of law to insulate itself from competition - by controlling legislatures, courts, universities, all the institutions that make a democracy actually function.

“And so when populist anger rejects the elite, it also rejects the rule of law and the difference between populism and real democracy is the populism is the instantaneous preference of the mob as captured by an authoritarian leader.

“Whereas real democracy is the will of the people deliberately, calmly and steadily expressed over time through institutions. But when meritocratic inequality undermines faith in institutions, it therefore also undermines democratic function.”

He believes we need to unwind the mechanisms of privilege which has created such inequality.

“The system that we've built up, grows through two movements: one involves the concentration of education in a narrower and narrower elite, and the other involves the remaking of work and the labour market to favour elite skills. And the way to unwind this system is to focus on each of those movements and try to set it into reverse.”

Education policy should “focus relentlessly” on reducing the gap between the education that the richest people get and the middle class get by opening up elite educational institutions to many more people, he says.

And labour market policy, in the US, should focus on supporting middle class work and on taxes that support mid-skilled workers.

“In the United States today, middle class labour is the most taxed factor of production. That's crazy for a society that is suffering a middle-class crisis.

“So there are a whole series of policies that focus on reducing the gap between the rich and the rest, in school and at work. And together those policies can undo the meritocracy trap.”