Sarfraz Manzoor on Bruce Springsteen and Blinded by the Light

As a Pakistani boy growing up in Britain in the late 80's, Sarfraz Manzoor felt isolation and alienation all the time.  Then a friend handed him a music cassette, and he found someone who gave his longing to belong and troubles as a poor, working class teenager a voice. Bruce Springsteen.

Growing up in a working class neighbourhood north of London, Springsteen and the E Street Band articulated Manzoor’s longing to escape his circumstances and sting of disapproval from his father, it also gave him hope, that life could be different. 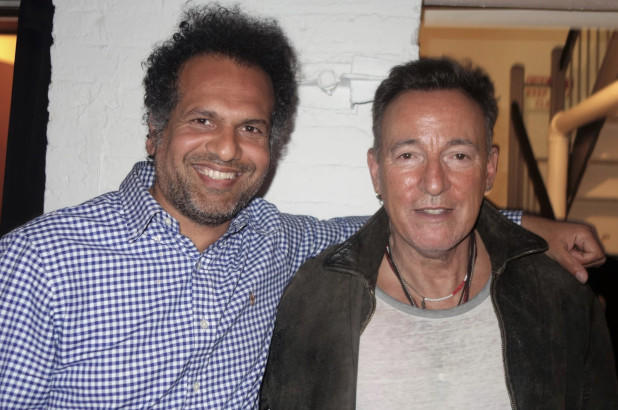 The first song he listened to had him hooked. In 1987, he listened to the live version of Springsteen’s The River, where the singer confesses about the turbulent relationship he’s had with his father growing up. And it was that honest story-telling that Manzoor says he felt a sense of connection with.

“I didn’t realise music could do this, I didn’t realise artists could be so honest and so real in what they did, and in The River … the first lines are ‘I come from down in the valley, Where mister when you're young, They bring you up to do like your daddy done’.

“Those lines just hooked me I was like I really want to know what happens next and I guess that’s what started it.”

Manzoor’s father was working hard in a car factory while his mother made dresses at home to make a living for the family. But Manzoor didn’t want to follow their path, he wanted to be someone bigger and Springsteen gave him that shimmer of hope.

“If you’re an immigrant from another country, especially if you’re not white you know, you go to these kind of countries and your culture and your family are telling you you’re different and you don’t really fully fit into this country and then also that’s what society is telling you as well.

“I just kind of wanted to have a more interesting life. I didn’t know anybody who did that, everybody who was in our social circle they were just taxi drivers, and working in factories and I was just like how is it possible for somebody like me to do something that’s interesting?”

Springsteen, who himself came from a working class background, was a hero in the eyes of Manzoor. Eventually he became the ultimate fanboy, analysing and pouring over the lyrics from the albums in his bedroom all day. 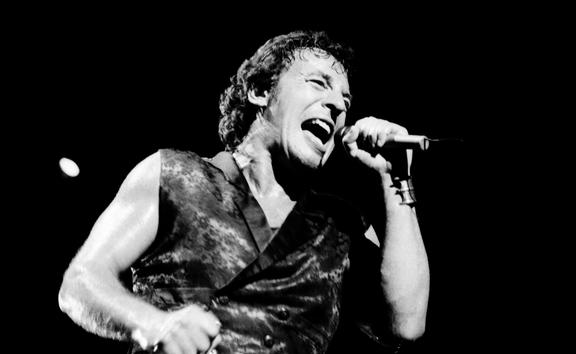 And the magic of his music didn’t wear off like trends in music often do. Manzoor ended up going to 150 concerts over a 30-year span until even Springsteen himself began to recognise his loyal follower.

“What would happen is that I’d be at the front row of all these places, in cities all over the world and all over Britain, because there aren’t that many non-white fans of Springsteen, especially that are crazy enough to be going to front row every time, he started recognise me.

“He’d always smile at me or point at me and sometimes he’d stop and shake my hand and what have you.”

As the years went by, Springsteen’s words sparked a fire in Manzoor and he chased after what he believed in, and subsequently wrote his memoir Greetings from Bury Park - in parallel to the album 'Greetings From Asbury Park'.

“Then I had this incredible moment where I actually met him, and I had no idea that he even knew the book existed, but he actually came up to me to tell me he read the book and loved it.”

It’s now being turned into a feature film with the help of Bend It Like Beckham director, and friend of Manzoor’s, Gurinder Chadha. 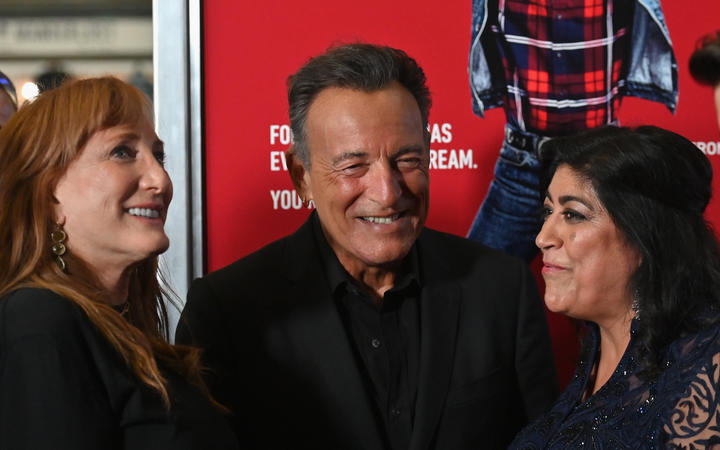 Guitarist Patti Scialfa with her husband, Bruce Springsteen, and director Gurinder Chadha chat as they attend the premiere of Blinded by the Light on 7 August, 2019 in Asbury Park, New Jersey. Photo: Angela Weiss / AFP

He spent the next couple of years working on the storyline and developing a script to tell a more focused story based on his life and settled on the ‘rites of passage’ angle – “just about being 16 and when the moment that music hits you”.

“We then had to say to Bruce is there any chance we could actually have the music for the film … From being the fan in the stadium, watching your hero, and now he’s somebody who’s basically blessed our film project.”

While the movie does talk about the inspiration from Springsteen, it particularly draws on the difficult terrains of a father-son relationship. Manzoor says it was hard to write and watch, especially since his father passed away before seeing the successful life of his son.

“Basically the film is about what it’s like to want to have more in your life and that battle we have to try and make our parents proud but at the same time follow our own dreams. Those are really universal things, it doesn’t matter which country you come from.

“It was very weird writing a script where you were bringing one’s dad back to life. And then to be on set and watch Kulvinder Ghir, who’s the actor who plays my dad, dressed exactly like my dad and he’s made to look like him, and it was really spooky.”

Even though he lost his dad when he was 24, Manzoor says his father’s life is being honoured through the film, with millions of people getting to know his parents and the sacrifices they made.

“The reaction all over the world has been ridiculous and people are finding their own connections to the story so I get messages all the time on Twitter, on Instagram and all sorts of places, they’re all saying ‘we’re not Pakistani, we’re not from England, but this is our story too’.”

Springsteen himself attended the premiere and watched it with his family and Manzoor.

“After that, he [Springsteen] sticks around, he comes to the after show party and then ends up singing six songs on stage … and I was like how incredible is this moment.

“That is an example of what an amazing journey I’ve had, to grow up in a town with my dad working in a factory, and feeling like there’s no hope of anything, and then fast forward 30 years … I mean Asbury Park watching a feature film about my life with Bruce Springsteen.”