Denny Hulme, the only Kiwi to win Formula One

Back in 1967, Denny Hulme became the first – and so far only – New Zealand driver to win the Formula One World Championship. 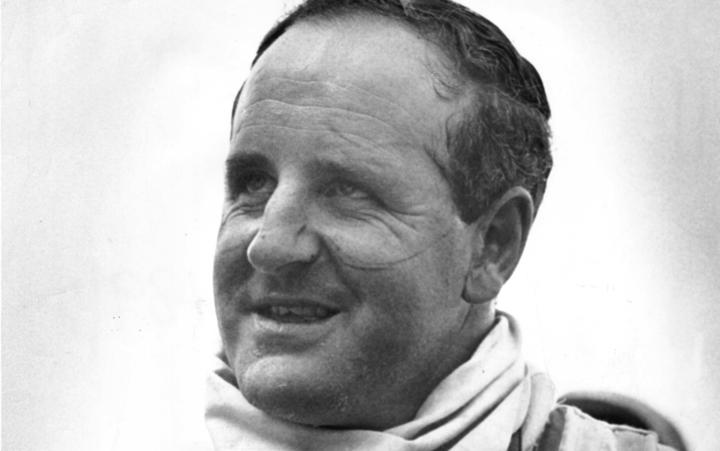 From a young age Hulme loved machinery and could turn his hand to anything, Clark says.

“Growing into his mid-teens, he’d just pick things up and some people can do it and he was one of those people who could do it. That served him very well when he got to Europe because he was not only the driver of the car, he was the tow car driver, he was the mechanic, he was the manager, he had to organise his entry fees … you had to do the whole thing.”

Hulme dropped out of high school and his father’s trucking business was essentially his life until he discovered racing cars, Clark says.

The racing great once talked about his first car and humble beginnings in an interview:

“The first I got interested was after I bought my first car, which was MG TF 1500, back in 1956 I think it was. But I didn’t do anything for a whole year. Then I went and joined a local car club in Tauranga, went hillclimbing [racing] and eventually I thought well maybe I’ll have a crack at some circuit racing.

“So I went to Ardmore it was then, and they had one special race for MG cars ... and I won the race. From there on, the family became very interested and were completely behind me and from that small beginning I became world champion, but it’s been a long road. It’s taken eight to nine years to do this.” 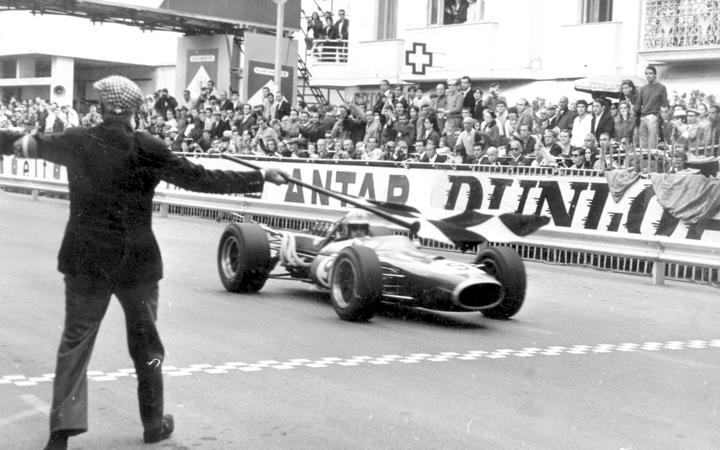 For Hulme, it certainly was a long road to success.

In the late 1950s, the young racer was sent overseas fellow driver George Lawton as part of the New Zealand Driver to Europe programme.

In Britain, a fellow Kiwi – who happened to be the manager of Hulme's future boss Jack Brabham – offered him a job as a car mechanic.

“I look back and think 'I wonder if at what point did [Hulme] actually wonder if this was ever going to happen for him' and would it be just as easy to jack it all in, come home say ‘well I gave it a go’,” Clark says.

Even before Hulme made his mark on the world stage, he had some quirks which didn't go unnoticed.

“He had a love of driving and racing in barefoot and he took the view that he could feel the pedal so much better if he was barefoot. Well, Denny and his bare feet have become the stuff of legend.

“The Brits couldn’t believe this … you always knew where Denny had gone because there would these big greasy footprints right through the showroom, and they got to the stage where they said ‘look, Denny, this has got to stop’.”

Jack Brabham was an Australian who had been to the New Zealand Grand Prix at Ardmore and won multiple times and seemed to have a liking for Kiwis.

He first adopted Bruce McLaren (who became a teammate in Brabham’s championship year of 1959) then adopted Hulme a few years later.

"They became teammates for two seasons and the return to power came when Formula One went to three litre-engines in 1966, and that was really the start of the big time for Denny.” 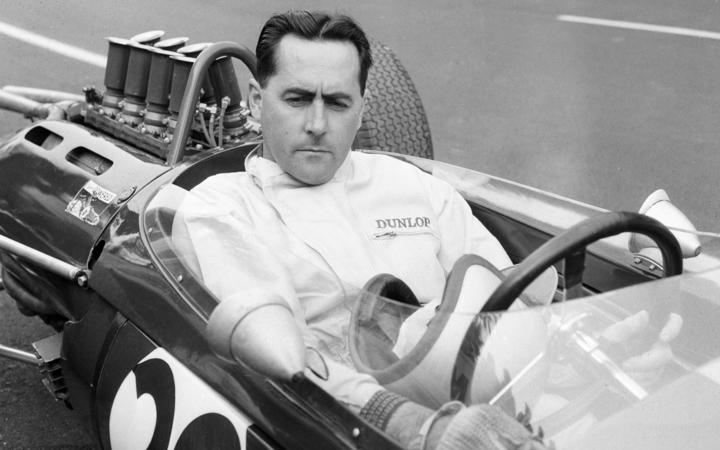 Before Hulme became a full-time member of the Brabham Formula One team, he raced in the Formula Junior with mixed results.

Then in 1963, he marked himself as a potential Grand Prix driver, Clark says.

“Even though Denny was a year and a bit older than Bruce, it took him a heck of a lot longer to get there. The extraordinary thing about Denny is, although it took him a long time to get into Formula One, once he got there it was as if he belonged.

“I think I’m correct in saying no driver in history has taken as few races as Denny to go from debut to world champion – that’s still relevant today, and includes Lewis Hamilton, and Sebastian Vettel and Fernando Alonso.”

In 1966, Hulme and Brabham were both well-positioned and in good shape to compete, Clark says.

That year, Brabham again won the Formula One world championship and become the first man to do so driving one of his own cars.

Even their cars were a clear signal of the engineering skills of McLaren and Brabham, Clark says, but the latest equipment went to the boss.

“Denny told me in an interview not long before he died that that didn’t bother him too much, because what he was getting was pretty much reliable, tried and true stuff, and he was comfortable with it.

“He went into the final round of the 1967 world championship in Mexico City as not only leading the championship but effectively in pole position to take the title, but in order to do so, he had to do something that no-one else ever in history had done and no-one in history has ever to do since.

“And that is, to not only beat his teammates, that’s happened plenty of times … but his teammate was his boss, his employer, and his name on the nose of the car and so it was a unique set of circumstances.”

It was an awkward situation, but Hulme and Brabham didn’t hold grudges, Clark says.

“[Hulme] spoke about that in that interview I did with him in late 1992 and he said yeah, things was a bit quiet between us but then you have to remember that Jack didn’t say much in the best of times anyway.

“[Hulme said that both men] knew what was happening, Jack was going for his fourth world championship, I was trying to win my first, there wasn’t a heck of a lot to be said but at the end of the race the hatchet had been buried, I was going my own way [to join McLaren’s team] … so it was as if, Denny said, the war was over, the treaty had been signed.” 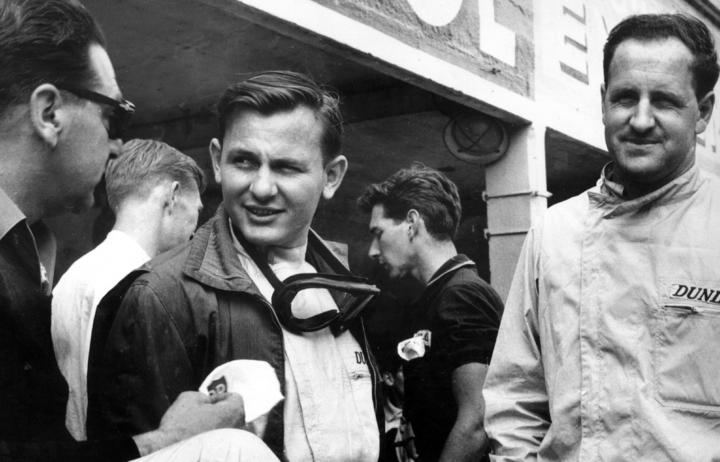 After his historic triumph, Hulme was still the same Kiwi bloke who kept to himself and focused on his work, Clark says.

“When he won the world championship in Mexico I asked him, ‘so did you head back to England and wait for all the applause and hoopla?’ and he said ‘nah, why would I be interested in all that stuff? I headed over to Riverside [California] for another Can-Am race. That was always my motto, look forward to the next race’. Denny was not the type who wanted the limelight at all.”

Although he did not win any subsequent world championships, Hulme came close to winning in 1968 and 1972.

He was victorious at the Can-Am race multiple times and received many accolades including an OBE, the Indianapolis 500 Rookie of the Year award, and the 1967 New Zealand Sportsman of the Year award.

“But I imagine most of them meant relatively little to Denny, he wasn’t a person that would’ve chased those sorts of things, it just wouldn’t have been of much interest to him," Clark says.

Hulme was devastated by the death of his racing teammate McLaren at just 32 years old, Clark says.

“Denny had been at Indianapolis in May 1970, he had burnt his hands terribly in a fire, and was unable to test the car and should’ve been in the car, testing it, the day that Bruce was testing it. And in fact, Bruce was substituting for Denny.”

“The shockwaves of Bruce McLaren’s death went right through the world and the motoring racing community because he was the last guy anyone would’ve expected to die in a racing car because he was so careful, so meticulous, and always seemed to be driving within himself. So the fact that they were teammates and best mates as well was hugely devastating to him,” Clark says.

Another setback came for Hulme when his teammate Peter Revson died in a test session in 1974 before the South African Grand Prix in Kyalami.

Hulme was one of the first people on the scene, Clark says.

“If Denny hadn’t made the decision to [retire] at the end of 1974 already, then I’m sure that what he saw at Kyalami that day was a massive contributing factor to what he ultimately decided to do.”

Denny Hulme was the first world champion to die of natural causes.

He died of a heart attack while racing in the Bathurst 1000 in Australia in 1992 but even managed to pull over to the side without crashing.

“When you think of what he’d been through and the number of close shaves and scrapes he’d had, and he managed to get through all of those and then died of a heart attack, as you say, at such a young age, it’s unbelievable.”