JFK's granddaughter on the environmental impact of consumerism

“Our problems are man-made, therefore they may be solved by man. And man can be as big as he wants. No problem of human destiny is beyond human beings,” said John F Kennedy on the subject of world peace in 1963.

Today, our world faces another global issue just as big – climate change – and JFK's granddaughter Tatiana Schlossberg is on a mission to help the world better understand what it all means.

The journalist (and daughter of Caroline Kennedy) has just written her first book Inconspicuous Consumption: The Environmental Impact You Don't Know You Have. 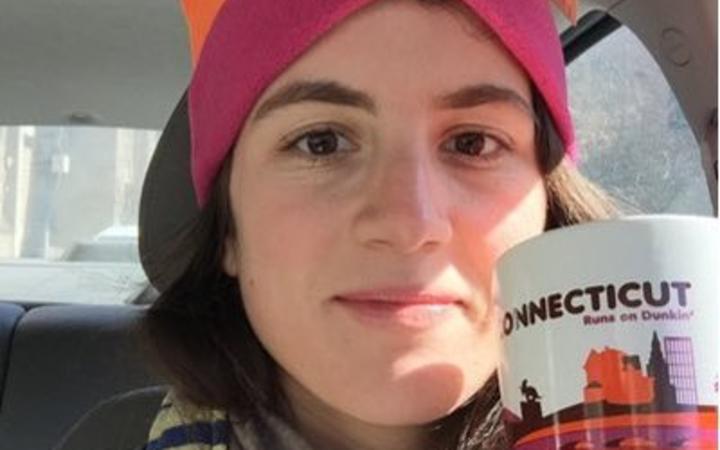 Reporting on climate change often makes it sound like a lost cause, Schlossberg says, and she actually felt more paralysed by the problems before becoming an environmental journalist.

"Reading about [climate change] just made me feel so anxious because I felt like there was just so much that I didn’t understand, and it all sounded really bad.”

“But as I learned more about it I felt that I could evaluate what politicians or business leaders were saying about what they were doing and whether or not it needed to happen, and being able to hold them accountable for that, and it made me feel much more responsible and empowered citizen.”

Although climate change is serious and scary, Schlossberg says, she didn’t write Inconspicuous Consumption to lecture people or make them feel guilty.

“I wanted to write the book in the tone that made readers feel like we were learning about all this together and they weren’t being lectured to and they weren’t being told to be scared and to crawl into a hole, that they should learn about the world and feel more engaged and empowered to be able to make better decisions and take action.

“I think understanding our role in this and the power that we have is really important, but I don’t want to point the finger at anybody. We didn’t set up how companies produce things but we can demand better from the companies.”

While people usually don’t like to hear about the things that they’d have to give up to reduce their carbon footprint, it helps if people are given the context, she says.

“One of the things that I hope people understand about the book is that if we realise what’s at stake and all of the different processes and the injustices or environmental crimes involved in producing then they might be more willing to make those sacrifices.”

Figuring out whether a product has been produced in an environment-friendly isn't a responsibility that should fall mainly on the consumer, Schlossberg says.

“These systems are so opaque to the consumer and we’re not told what goes into making a cashmere sweater or a pair of blue jeans or what’s going on in the global oceans to get that fish to us.

“Theoretically, the companies that are producing these goods do know about them and so it really should be on them to produce these things in less impactful ways or up to governments to regulate industries.”

Too often the conversation about climate change feels either tiny, getting rid of plastic straws, or like the Titanic, too big to turn, Schlossberg says.

She believes that understanding how everything – from watching Netflix to buying jeans – impacts the environment is the first step to changing our destiny.

“I wanted to bring climate change down to the scale of all of our lives and show how all of us are connected to the phenomenon of climate change, in one way or another, whether we realise it or not … whether it’s we’re watching Netflix and that’s burning fossil fuels to send that data to us from somewhere or the water that’s used to make our jeans is causing environmental problems in the Aral Sea region.”

She says in the United States the main infrastructure that powers the internet is located in Virginia – where 70 of global internet traffic passes through one county because of all the data centres there, including Amazon which hosts Netflix.

“The reality is those are parts of the country where they still get a lot of their energy from fossil fuels and so me sitting here and watching The Office might mean that natural gas or coals are being burnt to send me that information. To me, it’s a powerful example of how we’re all connected, and we can’t look at our actions in a vacuum.”

Fashion, too, has implications on the environment that people don’t often think about, she says.

“Cotton uses about three percent of reusable water on Earth, and it uses about somewhere between 15 and 20 percent of pesticides, so it’s a very thirsty crop and has lots of implications for biodiversity.

“One of the things I write about in the book is how irrigation for cotton-growing has destroyed this ecosystem in Central Asia around the Aral Sea. But denim in particular also uses a lot of water, producing a kilogram of cotton uses on average about 2,000 gallons of water, and producing a single pair of blue jeans can use up to 2,900 gallons of water.

“There are also lots of chemicals used and the water is not recycled and so these chemicals cause health problems for workers but they also get into the environment, that’s how bad it is.”

Online shopping has become an increasingly cheap way for consumers to buy things but no-one is paying the real price, she says.

“[Shipping] burns some of the dirtiest fuel with the most serious environmental implications, and so if there was a carbon tax, those ships might burn cleaner fuel or it might be more expensive and so we wouldn’t ship stuff quite as often, or ships wouldn’t go out half-full or empty.”

People wanting to change their habits should consider buying less, or buying second-hand items, and donate or recycle clothes instead of throwing them.

Despite learning more and more about the current state of the world in respect to climate change, climate strike action and youth movements give Schlossberg hope for the future, she says.

“That makes me really hopeful because the next generation is so radical and not willing to take ‘no’ for an answer, so I’m not somebody who says we should just assume that technology is going to fix this problem and that there’s really a lot to do in the meantime.”

“I think if my grandfather were alive, and there were lots of problems in his time, as well, then he would see climate change as a serious problem and a challenge but also an enormous opportunity.”