The secret lives of the world's most expensive painting

For centuries, the mystery of Leonardo da Vinci’s Mona Lisa captivated the world, but art historians are facing another conundrum with a controversial piece that’s believed to be one of the master painter’s creations.

It was considered the Holy Grail of the art world, a portrait of Christ called the Salvator Mundi that once graced the walls of royalty and then disappeared. It turned up in New Orleans in 2005, where sharp-eyed art dealers bought it for just more than $1000 and later it sold for $450 million.

But whether or not it was actually painted by da Vinci, and even its whereabouts today, is a complete mystery that’s turned art historians into detectives trying to crack the da Vinci code.

Ben Lewis searches for the origins of the art work and paints a picture of how greedy and unscrupulous the art world can be in his book The Last Leonardo: The Secret Lives of the World's Most Expensive Painting.

“It's a strange painting. It's one that sort of looks out at you and projects an aura of mystery. But we don't know how much of the effect is down to all the damage the painting has suffered over four or 500 years. And how much of it is down to the artist, potentially Leonardo da Vinci, who created it.” 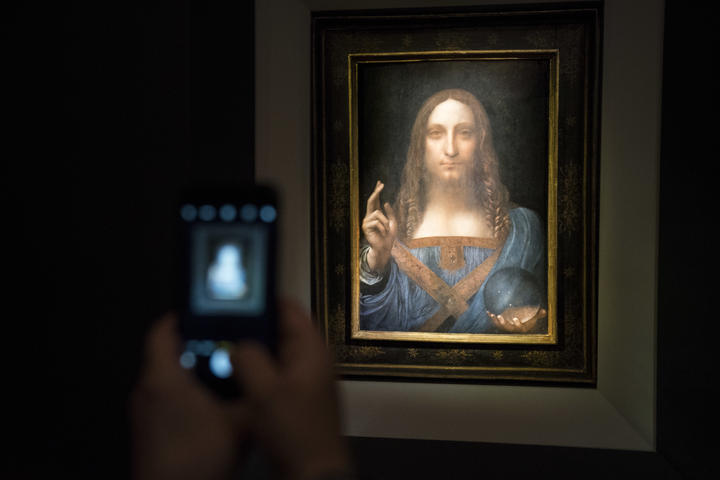 Adding to the puzzle, the Salvator Mundi’s owners prior to 1900 are not known for sure, but Lewis says it’s believed it’s been housed in a range of places – all the way from the palaces of French Renaissance kings, the palace of King Charles I, to storerooms and bargain basements, then in a British entrepreneur's house, and back to storerooms.

“It was kept in storerooms, it was considered a very poor work of art, like a copy of something by one of Leonardo's followers,” Lewis told Jesse Mulligan.

In 1958, it was auctioned for just 45 pounds and bought by an American executive, whose heirs later submitted photos of paintings they’d inherited – including Salvator Mundi – to renowned Christie's auction house. However, it was overlooked.

“Christie's are only the latest in a very long line of art dealers and distinguished art historians who overlook the Salvator Mundi, because between 1900 and 1950 all the great art historians and Leonardo experts of the day saw this painting, heavily overpainted, damaged, whatever, and none of them thought it was a Leonardo.”

Then two art dealers from New York stumbled upon it in an auction catalogue and bought it – each making an investment of under $US600.

But authenticating the piece as one belonging to da Vinci has its own problems.

“Leonardo would produce these sort of prototypes or blueprints, like the Mona Lisa, and he would spend years painting it and going back to it and fiddling with it and he'd keep it, and at the same time his studio assistants will be painting copies of the Mona Lisa, which would then be sold," Lewis says.

“So [it’s almost like] a technical practice where Leonardo creates these sort of genius prototype compositions and then the assistants paint lots of versions of them.

“Every art dealer worth his salt knows that Leonardo’s studio produced a number of versions of the Salvator Mundi … that he probably had little to do with, but from that springs the belief that maybe there was one - original one - that Leonardo himself painted, which has now been lost.”

As a result, the art community is divided over whether this controversial painting was created by da Vinci solely, or whether his assistants from his workshop did the piece and he laid some additional work on it.

“And there's no documentation for this painting, unlike most well-known Leonardo da Vinci [paintings], no contemporary sources or anything. So all you can go on is your eye, does it look like a Leonardo? Is that the way Leonardo painted hair? Does it have that smoky atmosphere, that spiritualism of a Leonardo painting? … These are the sort of questions art historians have argued about and, quite frankly, they can't decide.”

Lewis says that one strong argument that this is not a da Vinci painting at all is that it’s a flat composition – unlike his usual style of painting which displays a lot of movement and suggested narrative.

“The other problem is the orb which does not have the kind of refraction and reflections you would expect Leonardo to realise in an object like that, because he studied optics a lot. The orb is just so transparent it’s like it can hardly exist. It's very odd.

“There's a crack right down one side of Christ’s face, running right down the picture and you can see the wood exposed. And, by some estimates, only 20 percent of Leonardo's final layers of the painting are left on the painting, the most damaged part of the painting is the face.

“So you're sort of looking at this weird ghostly face wondering, is that damage or is that Leonardo's famous smoky sfumato technique?”

From the art dealers’ hands, the painting was then sold to a Swiss man for $US80 million, then to a Russian oligarch for $US127 million and now is in the hands of Saudi crown prince Mohammed bin Salman, who bought it for $US450m ($NZ655m). 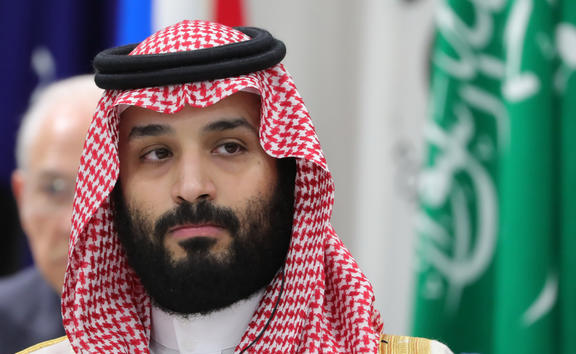 Lewis says the price shot up into the millions when the painting was exhibited at the National Gallery in London as a bona fide da Vinci piece.

“Basically by that point it had been authenticated by one of the world's most famous museums as a Leonardo, just turns out that historians, who met to authenticate it, didn't actually all agree that and that's a story in my book.

“All the stars have to align for a price like that … [The crown prince] was bent on ‘modernising his state’, and I think that he just thought it would be good to have a Leonardo, because if you're a ruler the next best thing to having a nuclear bomb is having a Leonardo da Vinci.”

No-one knows where the Crown Prince is keeping the Salvator Mundi, rumours have circulated that it could be in a lock-up in Geneva, Switzerland, or his yacht, or in France in preparation for the Lourve’s Leonardo exhibition in October, Lewis says.

“No-one knows if they're going to exhibit the Salvator Mundi or not. They said they asked for it. They asked the owner for it, but they haven't had a reply. I mean, I don't even know what that means. And I know that inside the Louvre, some curators want the painting in the exhibition and others don't," he says.

“For all we know that painting might disappear forever or for a very long time, because possibly the owner [could be] worried that actually he doesn't have a true Leonardo da Vinci and, you know, he's paid too much. That's one possibility, that he's worried that if he shows the painting, art historians will turn against it.”

But Lewis says it’s quite common with da Vinci’s paintings – as rare as they come, with only about 14 that can definitely be linked to him – for art historians to argue over attributions for years before coming to an agreement, if at all.

“I think attributions shift, and with Leonardo, they shift slowly over centuries, sometimes over a few decades, and this painting may be recognised as a Leonardo for a certain amount of time and then de-attributed and then the consensus might move away towards it being a studio work.”