Ben Elton on We Will Rock You: The Musical

Take the music of Queen, add a dystopian world where free thought is under threat, mix in the man behind Blackadder and The Young Ones, and you get a kind of magic.

We Will Rock You is a musical based on a book by comedian, screenwriter and author Ben Elton. It premiered in London in 2002 and is coming back to Auckland next week for a run at the Bruce Mason Centre. 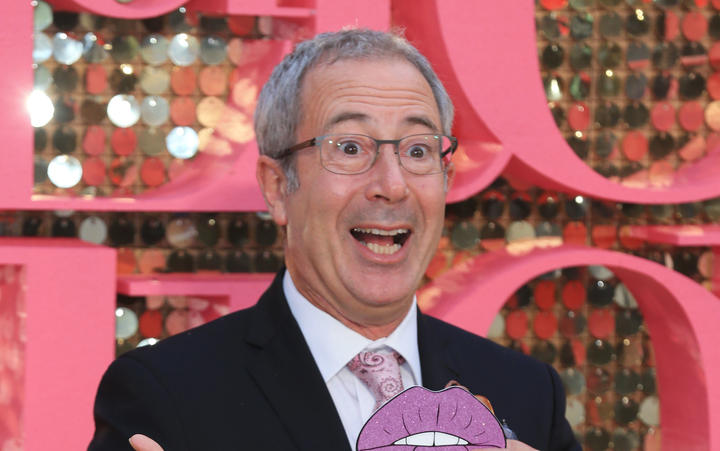 Between adding tweaks to the stage show, Elton has written his 16th novel, Identity Crisis, and he's back doing stand-up comedy on his first tour in 15 years.

If there was ever a song book made for the stage it was Queen’s, Ben Elton told Jesse Mulligan.

“They staged their own shows as pieces of theatre. Freddie was fascinated with theatre, as were Brian [May] and Roger [Taylor] they all were, design means so much to them.

“Queen’s music is also uniquely inclusive, it's very community-based. I mean, it's no surprise that a lot of their songs apply to sports events. I suppose they’re second only to The Beatles in the way they reached across generations.”

When he was approached in the late '90s by the surviving members of Queen to make a musical based in their music they were clear they wanted a comedy, he says.

“They said, if we're going to do a Queen musical with our greatest hits, we want it to be funny, because, you know, they always had a laugh and Freddie had a huge laugh and a great sense of humour,” Elton says.

The slightly “silly premise” of We Will Rock You, written 20 years ago, has proven prescient, Elton says.

“I suggested an Arthurian legend why don't we do Sword in the Stone, but let's make it a guitar. The axe buried in rock in a world where rock music is banned.”

“It's very silly, but there's a satirical edge to it because it's about people becoming increasingly isolated, listening to music online, and forgetting to write it and play it.”

In We Will Rock You music is all owned by a global conglomerate, he says.

“They ban musical instruments but there's this one instrument left - the guitar buried in rock.” 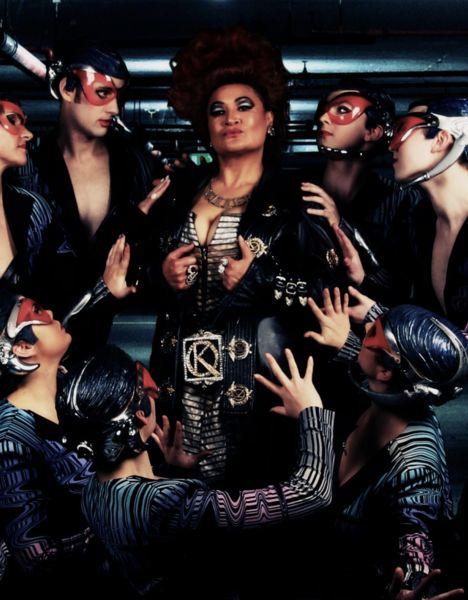 We Will Rock You has been staged numerous times over the years in numerous cities, but this latest New Zealand production is close to Elton’s heart, he says.

“I don't do press for all of them, I'm doing this because of Annie [Crummer]. And also because the New Zealand productions are uniquely spectacular.”

“Brian, Roger and I all met her on the same day, we auditioned her for the Australian production that I directed back in 2002. And you know, she just got the part instantly.

“I remember Roger turning to me and Brian and saying, ‘you know this woman has rock in her bones, she's a rock force’.”

Crummer and he subsequently struck up a friendship, he says.

“I just can't believe she's back playing the Killer Queen and I'm so pleased to be able to do a bit of press for her.” 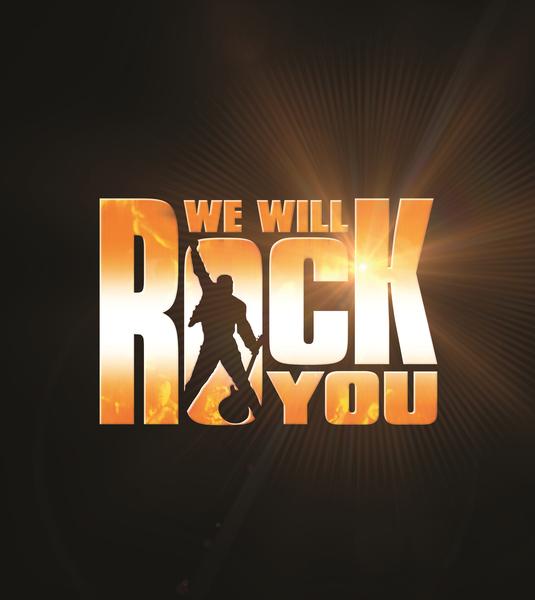 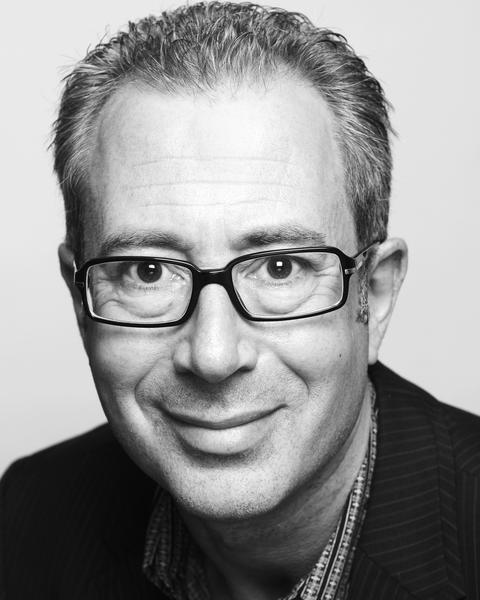 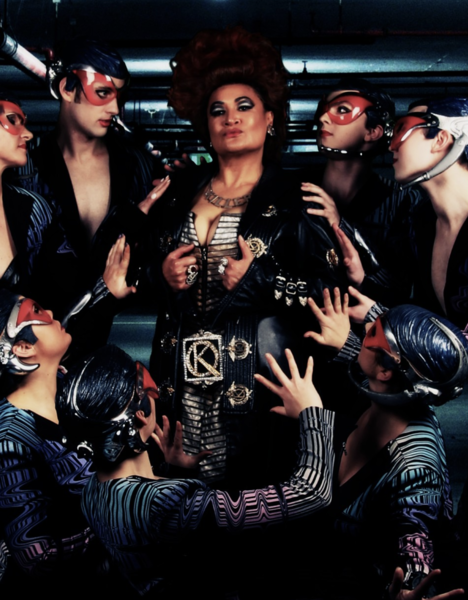 Annie Crummer in the play. I 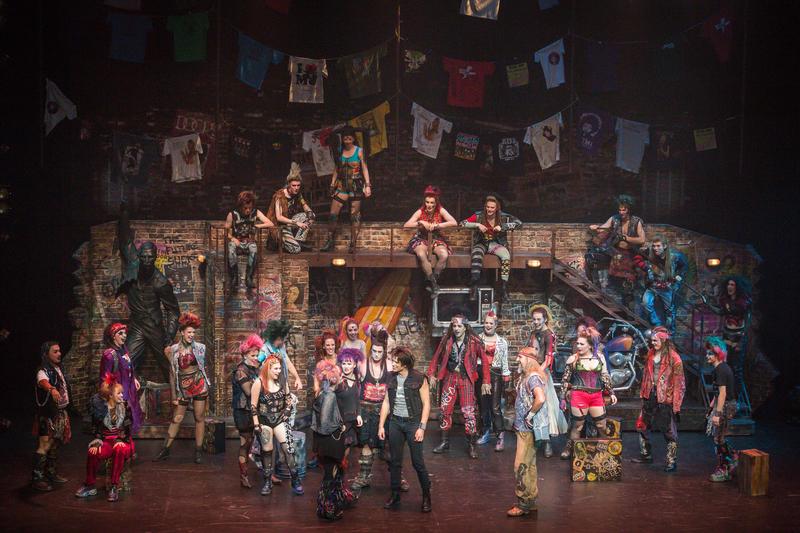 Elton’s first novel Stark, written in 1989, has also proven to be disturbingly prescient.

Stark was about a conspiracy by the world’s wealthiest people who plan to colonise the Moon, knowing full well the Earth is doomed.

“I was scared then but I wasn't as scared then as I am now, and certainly Stark was prescient. I wasn't the only person by a very long shot, but I wrote a book that seems to be more and more relevant, the idea very, very rich people seem to be literally fiddling while Rome burns, while the sun burns the planet.”

In Stark the rich built a spacecraft to escape, Elton suspects something similar, but nautical, is happening now.

“When I was young, only about three people had a super yacht, I mean you know Onassis had a yacht, that was famous you know? But now they’re parked up like car parks, there are hundreds and hundreds of billion-dollar yachts and I think they're floating offshore just waiting to, you know, watch us all die.

“It's very strange certainly Stark was quite a prescient story but I take no great satisfaction from it, let me tell you.”

Going back on the road, after a hiatus of 15 years, Elton says gives him pause for thought in an age of outrage, he tackled the subject in his last novel, Identity Crisis about “a world that appears to be in a convulsion of sort of communal mutual loathing.”

“Now we have a president who is the ‘outrager in chief’ so a lot of the outrage isn't real at all. It's being manipulated for powerful reasons by the Trumps and the Putins of this world.

“I think the media has to take some blame, the old media, because they're very lazy about quoting tweets. They say there's an outrage on Twitter and it's some couple of trolls basically ... they're kind of giving a megaphone to a heckler.”

The febrile political situation in the UK horrifies him, Elton told Jesse Mulligan.

“Words can't describe my loathing and contempt for Boris Johnson, but I will have a go when I'm on tour believe me.

“[Nigel] Farage is a much better man because at least he believes his drivel, whereas clearly Johnson is an entirely self-interested manipulator who's interested in himself. He’s not a Brexiteer at heart, he just saw his opportunity to lead the Tory Party.”

The stand-up comedian struggles to satirise the world as it is now, he says.

“Where do you start when you're a satirist? When somebody has literally gone so far beyond anything you could make up? He's [Donald Trump] literally tweeting conspiracy theories from the White House toilet, this is the president. If that was in a movie five years ago, we’d have said ‘Come on, man, that's just silly'.

“There’s an Australian phrase, maybe it's a New Zealand one as well, ‘you couldn't make it up’. Well, I think we've got to that point.”

You can find show times and tickets for We Will Rock You here.