Vic Tamati: Walking away from violence

Growing up in a violent environment, Vic Tamati took that baggage with him into his own parenting. And it wasn't until his wife was forced to take their six kids to a refuge to protect them from him that he sought some help for his anger.

He is now a success story and runs a volunteer network called Safe Man Safe Family  around the country.

Tamati says one of the main problems with perpetrators is that they don’t necessarily see themselves as inflicting violence. He, too, didn’t know it when he used to be violent towards his own family. 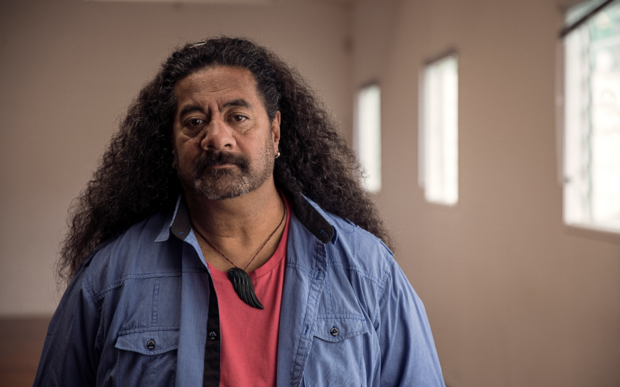 “All I knew was not to do what was done to me, and so I just thought I got a hiding with a machete so anything other than a machete was okay,” he told Jesse Mulligan.

“I made a promise to myself that if I ever had children, a family, a Mrs, girlfriend, partner, that I would never ever hit any of them with a machete, like it was done to me, and that anything else other than that was okay. Because to me, that was the ultimate, and most of our men have that.”

An incident with his youngest daughter was the catalyst for him to take action for a better life with his family. He says one day she was getting ready to go to school but was taking too long, and when he rushed her she told him no.

“I just looked around and just grabbed something, and just started smashing her and it was a shoe. And then when she kind of staunched up, I turned the shoe around and smashed her with the heel of the shoe.

“Social welfare and the school at the time, I don't think they knew what to do, so they just sent her home … because she was crying at school.”

Tamati says he told his wife what happened, and an argument started.

“When she [his wife] went in the room and had a look at the damage that I’d done, her mum just went right off, called me all the names under the sun, you know, ‘how could you do this to our baby?’ and I was arguing back … I just went to sleep and when I woke up, they were gone.”

They came back five days later to have a chat with him, with his wife telling him she was leaving with the children because she was scared he’d kill one of them.

I ended up under the chair wrapped around it, bawling my eyes out. Because I knew right then and there, something's wrong with the last 40 years and I have to fix it

“That's when my kids started saying what they had to say, they said that they loved me and they just didn't like how I get angry, and they could tell when I got angry. They could see my jaw going up and down, clenching my fist and all the rest of it.

Tamati talked through it with his family, and at the end promised them that if they stayed he would seek help to change his ways. However, he says he doesn’t blame his parents for the way he’s acted towards his own family, and hopes violent men get to understand that through his program and see change is crucial.

“So working with our men, we have to switch it up for them. We have to say to them that's what happened. But that was them and that was then, now is now, let's look at how we can change that up and make a better life for you. Because if you don't change, then nothing around you will change.”

He had a tough time at first trying to look for the right place that would help turn his life around, until he eventually found STOP and self-referred himself into the program. During the program, he says the facilitator asked if there was anything that would stop him from completing it.

“I looked at all these men in the room, looked them all in the eye, and I said to them, [if] any of you touch any of my kids, I’ll kill you, let's get on with this program, three weeks of this bullshit and I'm out of here. Because I'm a self-referral, not like the rest of you.”

Tamati probably didn’t realise at the time that what he said would take him to the hot seat near the end of the program.

“Coming to near the end of the program, the facilitator says to me, come to the front, I want you to take the hot seat.

“My brain just goes, here we go. That one last trick question where they fail you, always happens. And then he said to me on the day you started this program, you said that you would harm, in fact, you said you would kill anyone that touched your kids? And he said to me, well, this is my question. Shouldn't you have killed yourself?

“I lost it, tried to jump up him there and throw him out the window … [he] sat me back down. And he said to me, Vic, who touched your kids? Who gave your kids a hiding? I did. And what would I do to anyone that touched my kids … so why didn’t I kill myself?”

Tamati says it was an important moment of realisation that all the beliefs he had about what it meant to be a man were “all bullshit”.

“So if that was all bullshit, then where's my life? I ended up under the chair wrapped around it, bawling my eyes out. Because I knew right then and there, something's wrong with the last 40 years and I have to fix it.

“I've since found out along the journey, that there is a very fine line between what we call protection and what is violence. And that's where the safe man walks.”

Today, and despite Tamati’s journey, it’s still tough for him to comprehend what’s happened and come to terms with it.

“A lot of it is kind of like self-punishment, you know? Like, how could I be so freaking stupid? Why couldn't I figure it out in those 40 years? That’s enough time to bloody train yourself or get the message or go and get some help? How come I couldn't do it? And it’s because it was so entrenched.

“It’s like this dark curtain is in front of you, and you can only just see through the fibres of the curtain, that's all you can see … And as it pulls away, the reflection you see is yourself. And you stop wiping the mirror, and you look at yourself, and you see the muck and the shit on your face. You start wanting to clean your own face instead of trying to wipe the mirror.”

Now through his volunteer network, he wants to help men uncover their problems, usually resulting from their violent upbringings, and deal with them to be able to change.

“It's a matter of that man re-gearing himself, like coming away from being growing up in that environment … you have to uncover all of that stuff. You have to discover some tools and skills and then begin the journey to recovery.”

The program involves sessions, where each person shares their story and a list of their problems is made – that results in a customised program for the perpetrators and “not one that's prescribed for them”.

“And I mean, what I'd ultimately like to have as a means refuge, a safe place for these men. So that when the police get called out and the shit’s going down, hopefully we can go with them.

“When the shit hits the fan, the victims get help, the perpetrator gets help right then and there, because in a lot of cases the victims actually don't want him to be arrested. They just want the violence to stop.

“So all we want to do is take the perpetrator with us, if it's a male, leave the victims at home and try to have as normal a journey as possible, while we work with the perpetrator.”

They also have safe men and women, who are qualified and have life experience, and are prepared to deal with those situations. The network has also been going around the country, to police stations, army camps, and business, to discuss their program and how to bring about change. And Tamati is hoping for a bigger workforce that will involve more people, who have life experience with these problems, to address family violence.