New Zealand is one of the most wasteful places in the world, we produce more than three kilograms of waste each day.

But rather than wait around for someone else to fix the problem, a group of Raglan locals remortgaged their homes to take over the town's waste management system and they created an organisation called Xtreme Zero Waste.

They did that in 2000 and the enterprise is still going strong. 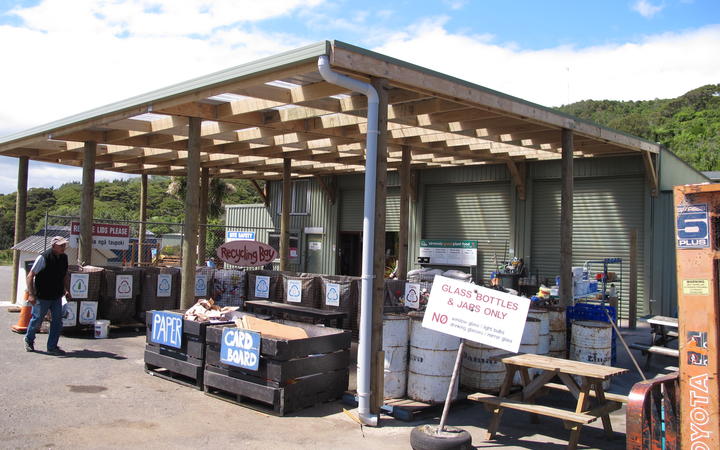 “Which means essentially of what you're throwing away on a weekly basis, 76 percent of that is diverted elsewhere - so reused or repurposed.”

That’s before the town’s recycling system kicks in, the Raglan scheme hand-sorts recyclables giving them a higher value to an end user.

It means that our product that goes out is at a premium, it’s cleaned and it's ready to be reused, you know, and go through to other plants and other processes to come back through our circular economy.”

People in Raglan soon got on board to change the way thy sorted rubbish at home, Butler says.

“We’re multigenerational now, so for the young kids coming through this is normal for them. And this has been one of the biggest things I guess, that you've got young kids telling you how things should be done which is super awesome - you know you're winning when you're on that sort of line.”

The repurposing of unwanted items is often a direct transfer from whānau to whānau, Butler says.

“On any given day I can see something turn up. It'll literally come out of one car and then the next car will turn up and it will end up going back into that car. It's gone from one whānau to another whānau in the space of a few minutes.

“I mean to me that's the real epitome of the circular economy working, when one house decides that something is not needed anymore, we would otherwise put this to landfill but the model we have is that one whānau decides someone else can use it and I see that in practice every single day.”

The landfill is on higher ground, over-looking the harbor, and protecting the harbor from run off was a prime motivation to move away from burying the town’s rubbish.

“We got a mandate from Eva Rickard here in Raglan, who is one very well known for taking claim and real responsibility of the land for Māori people here.

“And she told us that if we wanted to make a difference and clean the harbour up we needed to go up on that hill and close the landfill. Now that's essentially what that group of original founders went and did.

“They went up there in their own cars, their own vans and started collecting, initially at the very start just cardboard, and then it just evolved from into really taking care of that whole cycle of waste stream.”

Butler says one of the quickest ways to reduce waste volume is to embrace composting.

“We have set up a horizontal composting unit to do the collection and the full compost of all of Raglan's food scraps. That reduced straight away by 27 percent by weight of what waste comes out of a house per week.”