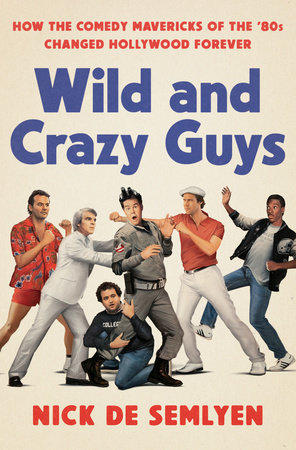 On his way to the first day of shooting for Ghostbusters, comedy legend Bill Murray opened the script for the first time and got away with it. Powered by their personalities and egos, comedians like Murray, Steve Martin, Eddie Murphy, Dan Aykroyd and Chevy Chase defined comedy in the 1980's. Their feuds and friendships produced comedy classics. Writer Nick de Semlyen explores the stories behind those movies in his new book, Wild and Crazy Guys: How the Comedy Mavericks of the '80s Changed Hollywood Forever