To be a successful writer in New Zealand, you have to retain a poets' sensitivity and have a hide as thick as a rhino. That philosophy has served poet, story-teller, author, playwright and teacher Apirana Taylor (Te Whānau-ā-Apanui, Ngāti Porou and Ngāti Ruanui ) well throughout life. 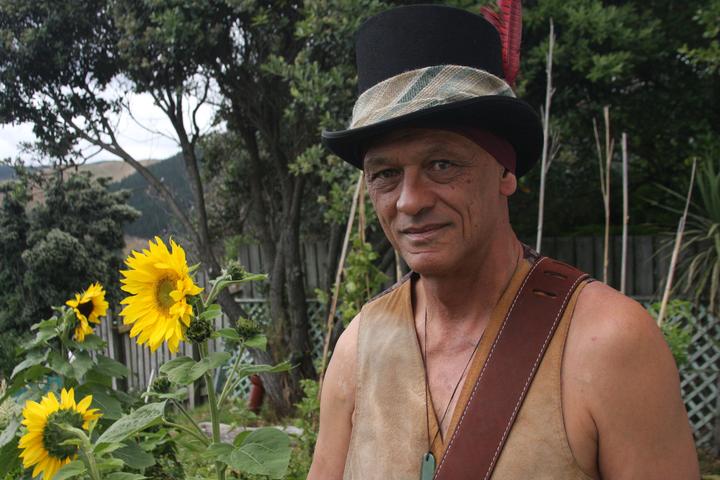 Growing up in Khandalla, Wellington, Taylor was surrounded by te reo “more than some households and less than others”.

“My mother was from north of Gisborne and when all the Māori were coming through to the cities and the great urban migration all the whānau, the extended whānau and anybody from Ngāti Porou, or whoever, came to live out at our place.

“So my house was often full of old Māori women, talking Māori, they were real characters.”

Taylor’s father was a journalist, had a way with words and was addicted to newspapers.

“He was a real magician when it came to the English language.

“I used to sneak into Dad’s room at night, when he brought his homework home, and tidy up some of his phrases and rework them a bit.”

Learning to read and write didn't come easy to Taylor, but once he got a handle on it, he found he had a gift for playing with words. He says what he experienced would probably now be called dyslexia, all of his siblings had it - they also all had an real ability to understand with depth once they started reading. They all grew up to be artists and his sister wrote the screen play for Once Were Warriors.

Writing was one of the only things Taylor enjoyed when he was young.

To me writing was like painting, I felt free to use words and I just loved it.”

University wasn’t his thing but he went because everyone said it’s what you should do. After going out at night he’d come back to his hostel and write things down, what he found in the morning was pages worth of swear words.

“Everybody said ‘you’re an angry young Māori’ but it was more than that, it was my artistic spirit trying to get out and I didn’t really understand it.”

One day he saw Alistair Campbell reciting poetry on TV and he thought to himself “Ah, he’s brown like me and if he can do it, I can do it, and that’s what I’ve always wanted to do.”

He locked himself in his tutorial room for a week with a pen and paper, covering the floor with so much paper that it looked like it had been snowing, he says.

He planned to write "the great New Zealand poem" that was 500 lines long and become a millionaire - he left the room with an 11-line poem.

He then began a long journey, walking from Palmerston North to Te Rerenga Wairua, he says.

“That’s where our Māori spirits go when we die, we go up to the top of the island, there’s a pohutukawa tree there, we climb down the cliff, we crawl out… and dive into the sea and go back to Hawaiki.”

He planned to climb down to the pohutukawa tree when he got there and write poetry.

“The cliffs were about 2 or 300 feet high, the pohutukawa tree is about halfway down the cliff and a hundred feet below that there’s these big rocks and the sea was smashing and roaring madly there and I thought, I won’t crawl out onto that tree and write poetry, I’ll wait till I’m about 60 or 70, then I’ll come back here and I’ll sit on the tree and I’ll write poetry.”

In the meantime he enrolled in the Wellington School of Journalism, going from the top of the class to the bottom because he was spending his nights at the YMCA trying to write poems.

He says he devours history books, but spoken history has always been a part of his life.

“We learnt the history of the musket wars not from a book but from mum when she stood around the stove in the morning staring the porridge and talking about the battles. She’s get a far off look in her eye and start talking about some things, when the Nga Puhi came down and things like that.”

His mother died when he was young, he says..

“When you have a parent that dies when you’re young you never get to know them as people because by the time you’ve grown up, you don’t have that person to continue the relationship with. She wanted us to succeed, she very much wanted us to succeed in the Pākehā world and when we went to school we had to be more scrubbed up, and dressed up then anybody, little things like that.”

She won a prize for her writing when she was in primary school - it was her claim to fame he says, a story about her pet pig.

He's told the stories of his life to thousands of school kids over the years. He says the key to the job is having a good story and mixing it up.

“I tell funny stories, but every now and then there’s a sad one so children can laugh and they can learn to deal with sadness in a safe way and if the audience trusts you, and it’s the same for all children the age of 5 to 500, the age doesn’t matter.”

He says the money comes and goes but when he looks out to the kids, of all backgrounds, he sees a light staring back at him. It stays with him.

“I might be a bit of a ratbag but I can say I’ve done this.”

Listen to Apirana Taylor reading four of his poems here.