Honest conversations are not easy to come by in China where free expression is discouraged.

Frank Langfitt, a National Public Radio correspondent who's covered China for 20 years, became a taxi driver in his spare time, offering free rides in exchange for free conversation about the big political and economic change happening there.

His new book offers a view of a complicated country from the backseat. It's called The Shanghai Free Taxi: Journeys With the Hustlers and Rebels of the New China. 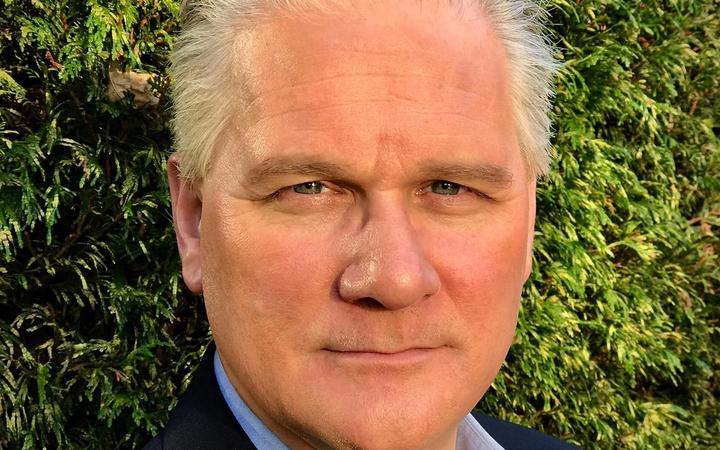 Two of the people Langfitt got to know, grew up on a small farm in a remote village, their parents were subsistence farmers. They are now lawyers, working in the tallest building in China.

“This is the kind of thing that in the United States, and probably in New Zealand, it might take two or three generations to make this kind of leap.”

Langfitt says most Chinese people are pragmatic, they may not like the censorship and they probably would like a lot more certainty and rule of law, but if the government delivers on the economy, they will put up with it.

When he started driving, Langfitt had no idea how things would play out.

“People would get in and they would start interviewing me. Instead of being a foreign correspondent trying to extract information from people in an authoritarian country, they felt like hey I’m in charge, I’m asking these questions, they were terribly, terribly curious.”

He’d explain he was a reporter and most people would be open to sharing their story.

“You can’t talk about sensitive subjects publicly [in China] … this was an opportunity to chat about things that were sensitive to people. I basically was patient and waited for them to bring up topics.

“In many cases, I got to know these people over four and five years.”

Everyone from a pyjama salesman to factory workers and psychologists caught a ride in his cab.

“A lot of people up and down the socio-economic ladder, so I got a lot of different points of view of what was happening in China.”

Chen, the pyjama salesman, told Langfitt that he sent his family to the United States. While China had never been wealthier, Chen wanted to take his eldest daughter out of the country because she was suffering under the education system; her teachers hit her, she had a tremendous amount of homework and her eyesight was beginning to fail.

“He also wanted to have a second child and he was banned from doing that because of the one child policy, which was the rule of the time but has since changed. He basically had an exit strategy.” 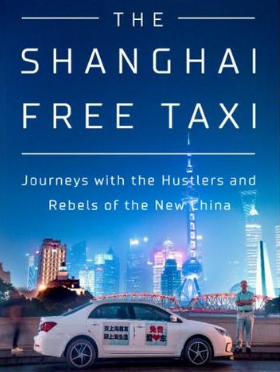 Chen’s wife went to the United States to make a life for herself. Sometimes she would sleep in her car and her daughter would go into McDonalds in the mornings to wash up before school, says Langfitt. After a few years of knowing each other, Chen opened up about the time when his wife was forced to have an abortion in the early 2000s.

“She was basically hauled out of her apartment one night, taken to a hospital, strapped down, and they forced an abortion on her. There was nothing she could do about it. She described it to me when I was sitting in their kitchen in Los Angeles, and it was a very painful conversation, and it helped explain why they didn’t want to have anything to do with the government anymore and to live under that system.”

The money isn’t enough for people in China anymore, says Langfitt. Now people are looking for meaning in their lives, and are tired of the exhaustion, competition, expensive healthcare and housing.

Max the barber yearned for a kinder, gentler China. He was forced to leave his village because many of his friends were junkies.

“He lived at the edge of the golden triangle, which was a heavy opium growing area, and so his brother made him leave..."

Eventually Max was able to become successful in Shanghai but having left his parents behind, felt that he owed a debt. He ended up cutting the hair of elderly 'shut-ins', people who rarely leave their homes.

Langfitt says there’s more charity work in China now then there would have been in 1997, now that people have more money and are less worried about making ends meet every day.

One of the more disturbing scenes he witnessed was when he realised there were Buddhist people who came to the middle of the financial district to release fish into the river banks. But down the stream people with fishing poles would wait in order to catch them to sell.

“One night I went out to watch them do this and it was low tide in the river and there was a man in waders standing in the river intercepting the fish as they floated downstream.”

Driving the highways in Shanghai is not at all like driving the motorways in the US, Langfitt describes it as a game of inches.

“I was always very careful to make sure I edged myself around and just make sure I didn’t hit anybody, because the last thing you want is conflict, but also when it comes to the rural areas, there really are no rules at all in my experience.”

There was a time when he was driving on a super highway and noticed a man miss his exit. The man did a u-turn and drove back to it, toward oncoming traffic. “It was like watching a Diehard movie...that kind of thing is not out of the ordinary.”

It’s not for the faint of heart, he says.