In the Rainbow: true stories of young LGBTQ Kiwis

The real-life stories of young New Zealanders give light and shade to In the Rainbow  – a new TVNZ web series directed by teenage filmmaker Rose McMahon.

The show's seven episodes are set in the fictional bayside town of Te Ahu, which means 'the light' in te reo Māori. 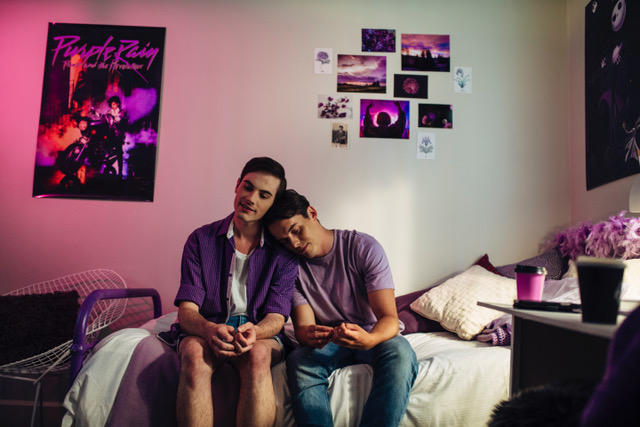 A still from In the Rainbow Photo: Supplied / TVNZ

Some of the stories depicted in the series were told anonymously, Rose (17) tells Jesse Mulligan.

Each episode was then scripted and performed by actors – 90 percent of whom are LGBTQ, she says.

One of Rose's favourites is Episode 3, in which a young gay guy discovering wartime letters from his grandfather that reveal he was also homosexual.

You can watch all seven episodes of In the Rainbow here.

Rose McMahon​ hopes to produce a feature film version in 2020.