On inauguration day, in the hallway of the state capital, Barack Obama waits. On either side of him stand security guards and staff, and Obama has his eyes closed. It’s the second before he walks out to the podium. And it’s one of Time Magazine photographer Callie Shell’s favourite photographs. 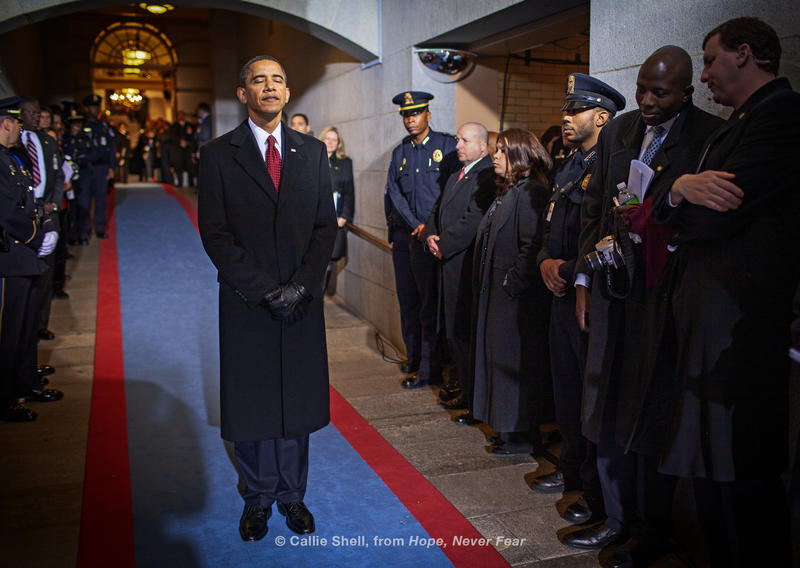 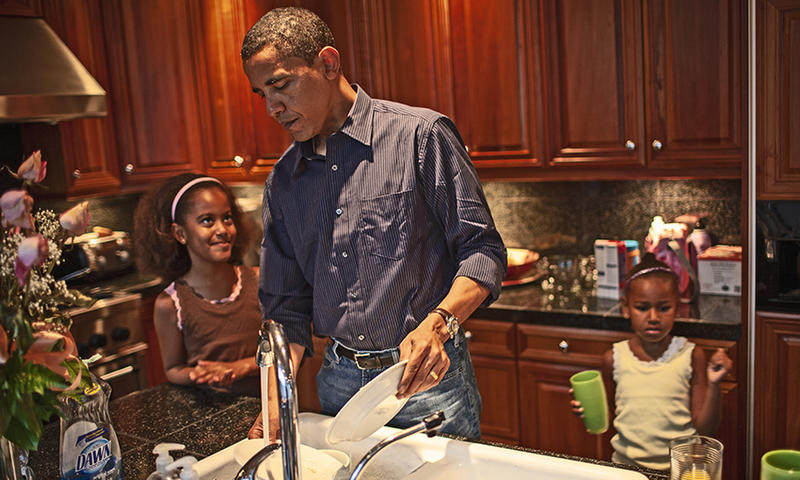 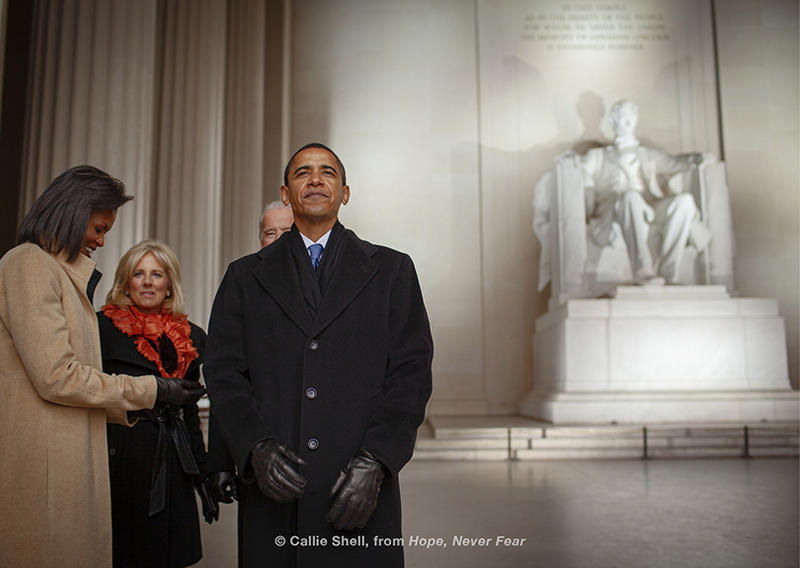 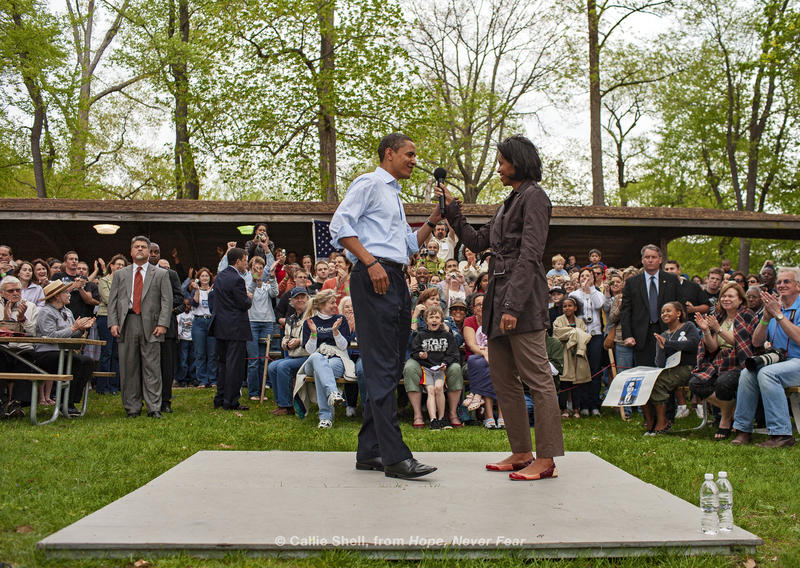 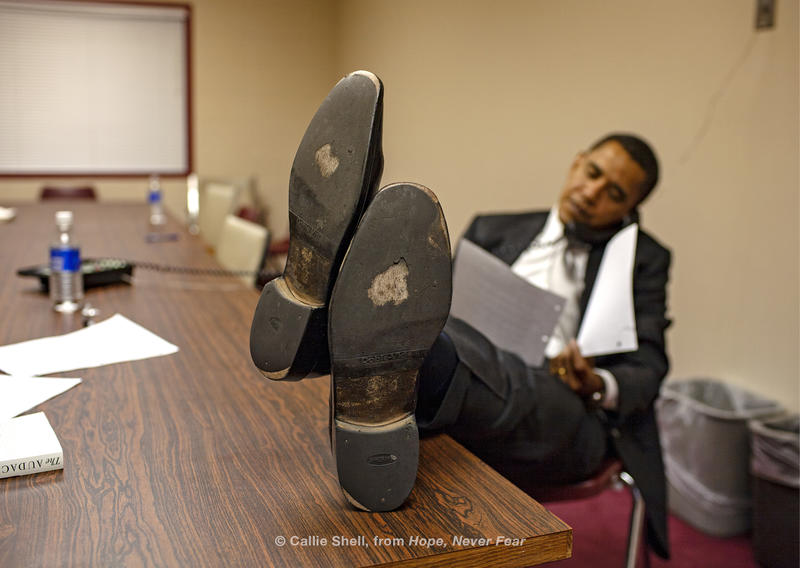 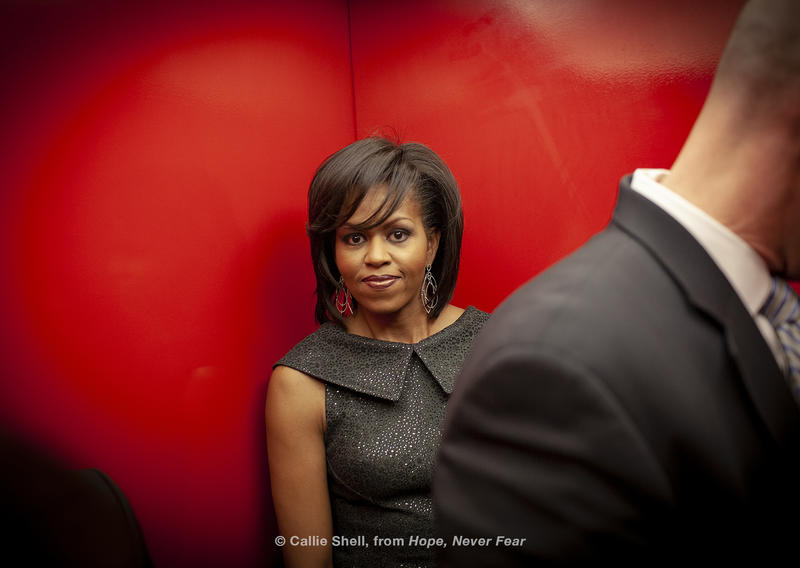 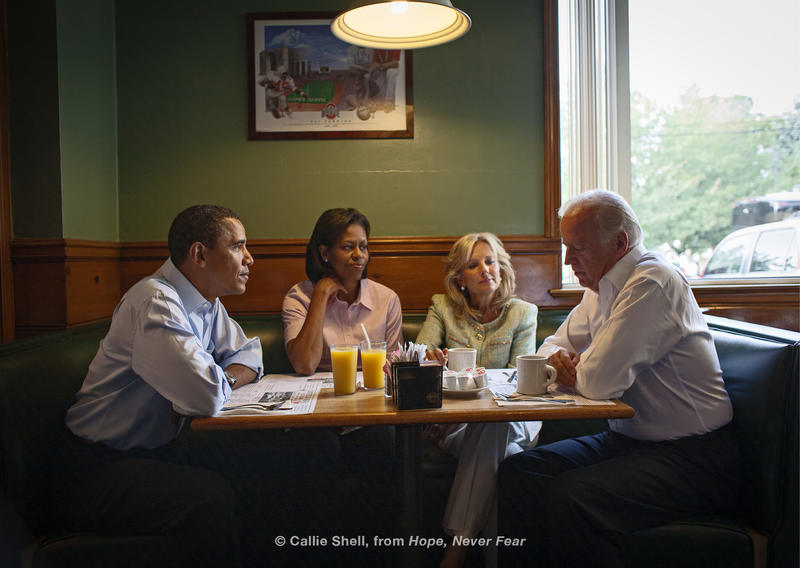 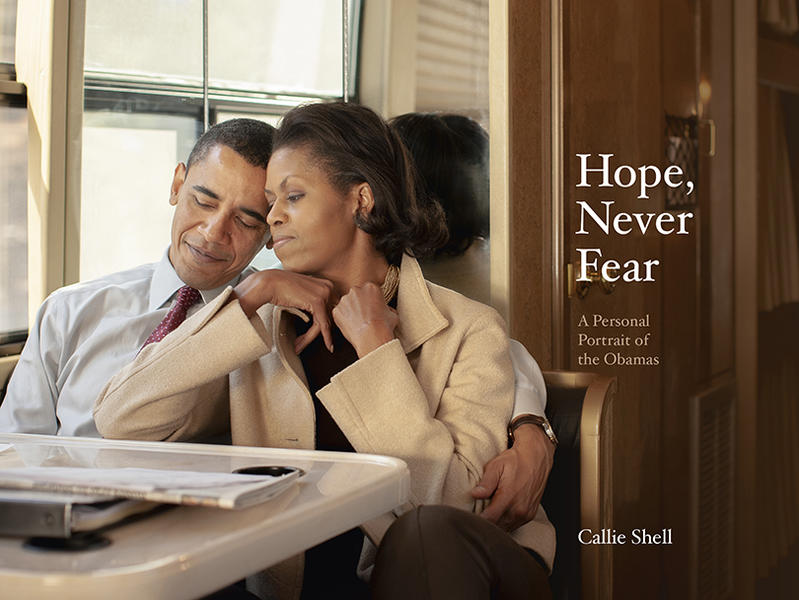 Barack and Michelle Obama are arguably the most famous couple in the world, and Callie Shell was with them since the beginning of their fame.

Her new book, Hope, Never Fear, features photographs from her time with the couple, alongside quotes and detailed notes. The award winning photographer wanted to show people where the Obama’s started – what life was like before the presidency.

She had been photographing Senator John Kerry at a rally in Chicago when she met Barack Obama for the first time. People were enthralled by him, she says.

Recognising Obama’s impact on people, and having photographed four presidential election campaigns previously, she asked Time Magazine if they’d be interested in a profile on him.

First photographing Obama in 2004, before he was elected to the Illinois State, she then followed him and Michelle to the White House - taking intimate shots of them behind the chaos of the presidency.

“I usually try to meet a candidate, if I can, before anybody else cares about them or knows about them,” Shell says.

Trust is very important. Shell spends countless hours with her subjects, earning their trust and making them feel comfortable, in order to get two or three good shots.

“You’re taking [photos of] people who aren’t used to having a photographer around them every day,” she says.

“I’m usually so nervous trying to make a photograph that I don’t even hear half the information, the private times. I think sometimes you learn more just by watching people, I think with Obama it was easy to figure out who he was just by the way he interacted with people, he seemed so generally interested in them.”

Shell and Obama would often talk about their kids, who they both missed while on the campaign trail. It was these conversations, together with Shell’s insistence that she could put her camera down any time someone was feeling uncomfortable, that helped build trust.

“The image of Michelle Obama asleep on Barack Obama’s shoulder, and I’m amazed how many times people ask me if I set that up and I’m like no she fell asleep, I knew at that point she trusted me if I took a picture, she knew I was there.”

Shell says the road to the White House is gruelling

“Most people just see politicians talking and standing at a podium so my desire is to show people how in the United States, people can run two years or more… a campaign is very gruelling, you’re away from your family for weeks, sometimes months, you do five or six rallies a day, you’re up by 5 in the morning and you sometimes don’t finish till 1 or 2. So I want people to see what these people are doing to earn their vote.

“I’m there to show people who they really are.”