Journalist Anna Merlan has been accused of being both a lizard person, part of a secret alien race taking over the world and a CIA agent.

It's just another day at the office for someone who has spent years immersed in the world of conspiracy theorists. 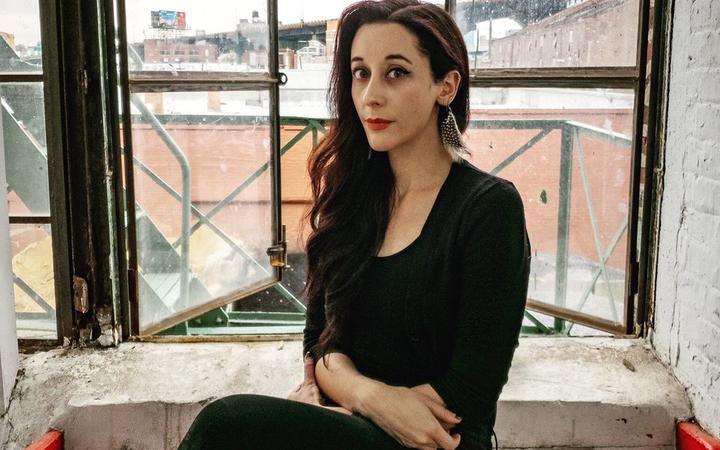 Conspiracists believe in UFOs or that Hillary Clinton was involved in a paedophile ring run from a pizza restaurant. Others believe Big Pharma is peddling vaccines for its own profits or that no one was actually killed at the Sandy Hook school shooting - such ideas are pervasive and on the rise, she says.

Merlan explains why in her new book, Republic of Lies: American Conspiracy Theorists and Their Surprising Rise to Power.

She told Jesse Mulligan conspiracism has a seductive allure for the powerful and powerless alike.

“It works for people who are socially and politically and economically disadvantaged, because it gives them someone to blame in a narrative to talk about how things got that way.

People who subscribe to conspiracy theories crave order, she says.

“I think conspiracy theories for a lot of people give order and purpose and meaning to their lives, it helps them explain whatever situation that they found themselves in.

“There are a lot of studies that show that conspiracy theorism mirrors religious faith, it's a similar kind of ordering of the world, a way that you choose to perceive things.”

And such beliefs, deeply held, are hard to shift, Merlan says.

She describes the emotions that drive, for example, the anti-vaxxers, as a kind of “trauma”.

"It's a form of saying the government has done so many outrageous things for so long that have eventually come to light, how can we ever trust them again, isn't anything possible? And really, that is a hard thing to answer.” 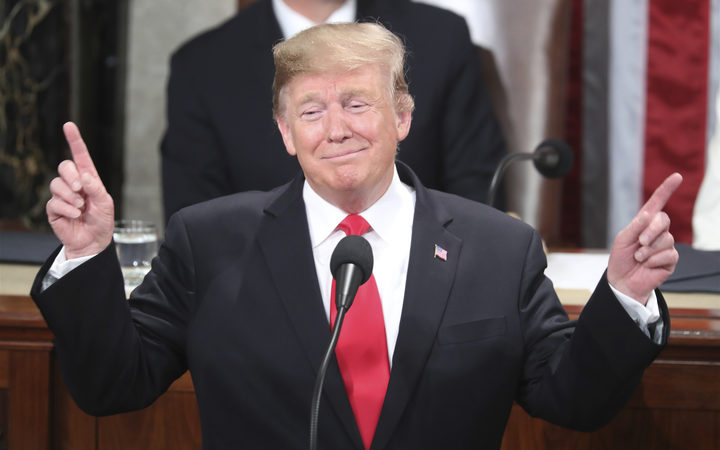 “He first started getting attention for more than just being kind of scuzzy real estate guy when he started pushing the birther claim; the idea that President Obama was not born in the USA.

“And so that was the first time when he really managed to sort of impact politics on a national scale. President Obama had to hold a press conference to release his long-form birth certificate to rid himself of this disgusting, racist lie.”

As president, Trump uses conspiracy theorising to demonise his enemies and rally his base, Merlan says.

“To sort of imply that anything that is not going right, the promises that he doesn't keep, are the result of an enemy or the deep state for instance, so it's really a pretty useful sort of primer on how conspiracy theories work in the hands of somebody who is an aspiring authoritarian.”

While conspiracy theories are a natural outgrowth of our impulse to question power, and hold people in power to account, Merlan says at the edges the consequences are serious.

“We see that with a global resurgence in measles that UNICEF attributes, at least in part, to organised viral misinformation campaigns.

So yeah, there are a lot of sort of good things about conspiracy thinking and the way that it is an extension of our natural curiosity and resistance towards authority. But it is also has really negative effects - it's not wholly one thing or another.”

While the internet and rise of social media has undoubtedly super-charged the conspiracy theory machine, finally we are seeing social media giants start to take the problem seriously.

“We can see Google, YouTube, Twitter and Facebook, we can see all these services, trying to figure out belatedly how to keep their platforms from spreading hate … those sort of responses have been delayed, they've been sort of confused, they are not always the best responses, but it is at least now a subject that is on the table.”

And notable conspiracists such as Alex Jones, who have benefitted from social media, are also getting their false ideas challenged.

“Alex Jones, for instance, has been doing what he's been doing since the late 90s but it's really in the last couple years that he's facing a lot of very critical journalism.

"He is the subject of a number of lawsuits, including by a group of Sandy Hook parents who are suing him for defamation for saying that their children never died or never existed.

“So we're seeing, you know, a kind of interesting push-back. But as long as we have a conspiracy theorist in the White House, it's really hard to say which way things are going to go.”