One in four teenage girls in New Zealand has been asked to text a nude photo of themselves.

Dr Lisa Damour, a psychologist and best-selling author and regular contributor to The New York Times, says the standard message of ‘just say no’ is too narrow and girls need to be equipped with a more subtle verbal tool kit. 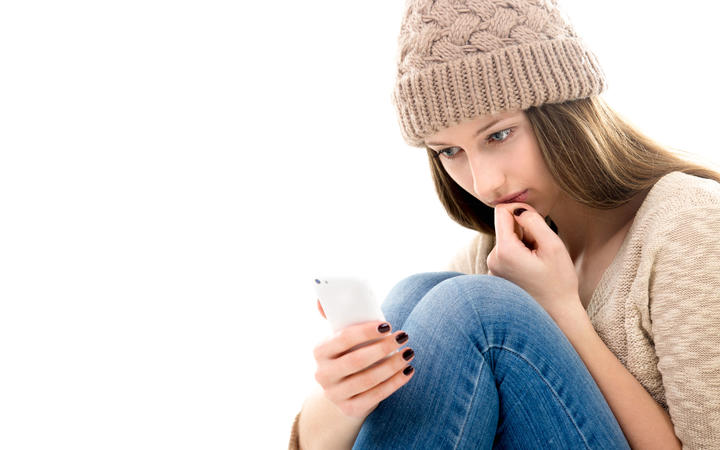 And ‘just say no’ ignores the reasons why teenagers are asking for nudes and sending them in the first place.

Dr Damour put into context sexting, anxiety and the chaos that comes with the teenage brain in the age of social media in a conversation with Jesse Mulligan.

“I think that today's teenagers face a whole bunch of pressures that we were spared and certainly social media is one of them.

“Teenagers love to be connected to their friends, they want to stay connected and yet even when things are going well, those connections are stressful and they're stressful also if they are happening after school and deep into the night and early in the morning.”

One of the things previous generations had was a break from interaction, she says.

“We went home and things shut down for a while.”

Girls have always been more susceptible to anxiety, but modern expectations have loaded them up with further pressures, she says.

“But even as all of this has been added to their plate, nothing's really been taken off. The culture makes it clear that we expect them to be good looking and that their appearance matters a lot.”

A “huge amalgam of forces” are bearing down on girls, she says.

The motivations for asking for nudes and sending them are complex.

“I think at its most benign, and I don't think there is very much of it that's benign, it's sort of an early flirting ritual.”

Although that exploration comes with a distinct gender power imbalance.

“A lot of the time there's a power differential, so it's not at all unusual for an eighth-grade boy to send a text to a seventh-grade girl ... and right there already, I think you have a girl who feels like she doesn't really have the power to say no. Or that there will be social consequences for saying no.”

“If she firmly refused to send a nude photo, she was called a prude, her social connections diminished, her social rank diminished. So, if she didn't send the photo there were negative consequences.

“And then of course if girls do send nude photos, often there are tremendous negative consequences, the photo gets passed around, and she's in trouble maybe much more than the boy who has asked for the photo is in trouble.”

“The standard advice we give young women is about being very, very clear about their wishes … if their romantic partner wants to do something they don't want to do, they just say ‘no’.”

This overlooks the often complex situations in which young women find themselves, she says. A woman might like the man they’re with, but not want to do a certain thing.

“Just saying ‘no I don't want to do that’ would be taken as an injury, it would seem too abrupt, too aggressive for that kind of friendship or relationship that the young woman wanted to maintain.”

At other times a straight ‘no’ might make an anxious woman feel less safe, she says.

“They were worried that if they issued a very direct ‘no’, that it would be seen as a hostile act maybe putting them in danger."

That's not how humans say no in Western culture, she says. Linguists say a very direct and blunt ‘no’ is often seen as antagonistic thing.

Just as we might avoid an invitation by citing a previous, and entirely false social commitment, young women use similar strategies to avoid situations they are uncomfortable with, she says.

“If they are safe and they're in a bar and some guy touches them in an inappropriate way and they want to break out the hammer and give him a very direct and aggressive ‘no’ - absolutely - you know that should be at the young woman's disposal.

That allows the girl to still say no and say so unequivocally, she says.

“But a gentler form that may be something they may be more likely to use in a relationship that they were trying to maintain.”