Neal Shusterman has written more than 30 best-sellers for children, teenagers and young adults.

His books tackle big topics from climate change to mental illness and Shusterman says he wants his readers to gain new perspectives on our world by writing about other ones. 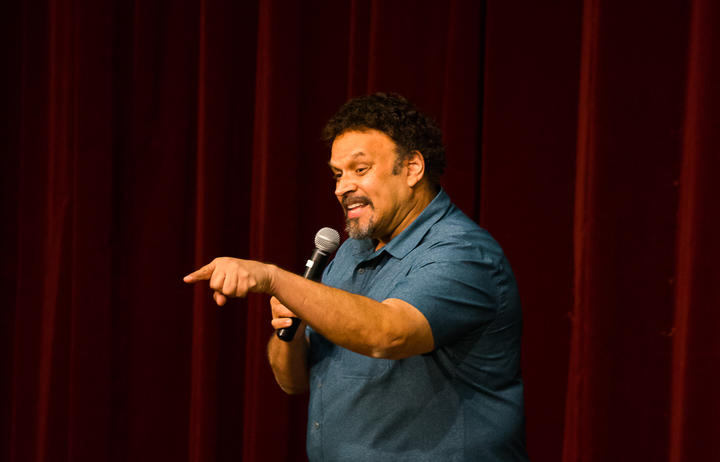 He says he never writes down to his teenage readers.

“They're honest, they're an honest crowd, and you can't pull the wool over their eyes, you can't sugar coat things. I find it very important not to write down to teenagers, but to really expect them to, to grasp difficult concepts and to and as I said not sugar coat things because they know when you're talking down to them, and that's when you lose the respect.”

By tackling thorny topics Shusterman says they open up opportunities for dialogue between young adults and their parents.

“Kids think a lot more deeply than we give them credit for … a parent will come to a book signing or an event and say, ‘you know, until I discussed this book with my daughter or my son, I never knew my kid thought that deeply.

“And it's really nice to see these books connect parents with kids and allow them to talk about issues that they might not be able to breach in regular conversation, but because it's over a book, they can talk about these things.”

“Unwind is about a society in which teenagers that are deemed to be out of control can be used to harvest their body parts, but the catch is all of them must be used, begging the question so they then still exist?

“It's questions about identity, but it's also questions about society abdicating its own responsibility and making decisions like this and how by making that decision, by sort of looking the other way and allowing things to happen. We end spinning into a dystopian society.

"Throughout history, civilized people have done some pretty terrible things to other human beings because they were able to rationalize it, I wanted to show how that happens, and I thought this science fiction story was a good way to show that.”

Climate change is tackled in Dry, a book he wrote with his son Jarrod.

“Jarrod and I wrote Dry because we felt that we wanted to address climate change, but on a very personal level. The story is basically about what happens when Southern California runs out of water and it's not a story that takes place in some science fiction future, the story basically takes place now.

“Something has happened that has caused the water to be turned off. And when you have 24 million people and no source of freshwater, you know, the stores sell out of water within minutes, you can't get water to that many people fast enough to stop people from dying of thirst, so what we realized we were writing was kind of a zombie apocalypse story.

“And the story is about four teenagers who are trying to survive this, this water apocalypse.” 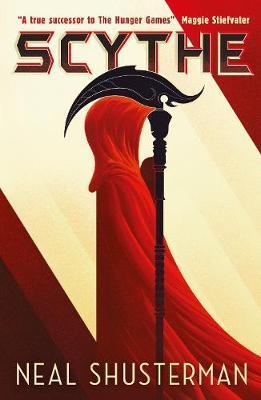 Challenger Deep was inspired by Shusterman’s eldest son, who was diagnosed with schizophrenia when he was 15.

“At one point during his illness, when he was struggling to tell the difference between what was going on in his head and what was going on in the real world, he said to me, ‘Dad I'm at the bottom of the ocean, screaming at the top of my lungs, and nobody can hear me.’

“And I knew I had to write about that feeling, the idea that you are so lost in your own mind, it’s as if you are at the bottom of the ocean, in the deepest place in the world, at the bottom of the Mariana Trench, which is called Challenger Deep. How do you find your way back from that place?”

His son contributed to the book’s artwork, Shusterman says.

“A lot of the artwork that he came up with, that he did when he was in the hospital, to sort of really inform the story. There's two aspects of the story, There's a fantasy about a kid on a pirate ship and at the same time, the same kid is starting to lose touch with reality and has to be hospitalised and then you realize that the ship is a delusion.”

He says he gets many emails from readers, often making observations about the real world triggered by subjects raised in his books. Unwind in particular, he says, resonates with teenagers.

“These are the types of things that might have just flown right past them but since they read the book, they are noticing things, they're seeing red flags in the world that they might not have seen had they not read the book. And so that gives me hope.”