He challenges the idea that humans are the only creatures with the capacity for love and hate, shame and guilt, disgust and empathy.

In his new book Mama's Last Hug: Animal Emotions and What They Tell Us About Ourselves, Professor de Waal lays out the case that we are much closer emotionally than science has traditionally accepted.

In a video posted by Jan van Hooff emeritus professor of behavioural biology at Utrecht University and co-founder of the Burgers chimpanzee colony, a dying chimpanzee called Mama smiles when she recognises the professor and she reaches out to pet him and comfort him.

It makes a powerful case, says de Waal, that animals do not function on instinct alone.

"You see many of these encounters between chimps themselves or between primates in general. This case is between a human and a primate and that always makes a bigger impression on people. 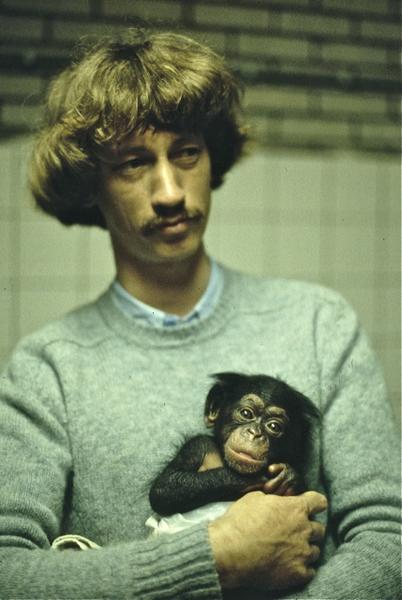 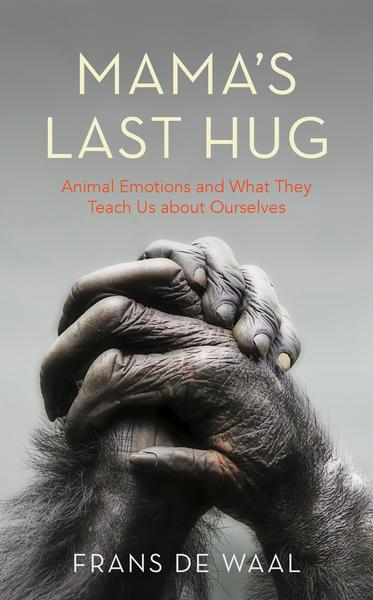 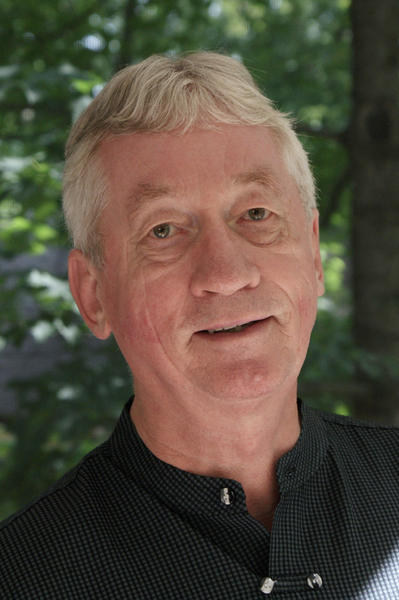 "What happened in this case is that people were so surprised about how human-like the expression on Mama was, on her face, and her gestures and how she calmed him down."

The colony, in which Mama was a matriarch, was established 40 years ago.

"That colony was very special because it was the first big colony of chimpanzees. Until that time zoos kept chimps in small cages, maybe three or four chimps together because chimps were known to be aggressive and everyone said you cannot keep more than one male - even though in the wild we know you can have 10 males, sometimes even 20 males, in a group of chimpanzees. So why couldn't we do that in captivity?"

Once the colony had sufficient space it flourished, he says.

"I studied everything that went on in the chimp colony."

"That's something that we can easily measure, and now I think there are 400 studies of reconciliation on all sorts of animals - dogs, horses hyenas and dolphins many, many animals after fights they come together and they have some friendly encounter. They make up and they restore their relationship.

This behaviour is akin to forgiveness, he says.

"I assume that primates can do that, because I assume that in order to reconcile and come together and kiss and embrace as chimps do after fight, they have to sort of turn some emotional knob. Like I was afraid, and I was hostile, but now I'm going to be friendly.

"So they have to shift the emotion and that's a very interesting process that they can do that and it must be very similar, I would think, to forgiveness."

So can animals express hope? de Waal believes they can based on observations of planning behaviour.

"For example, chimpanzees they will collect tools and then travel for three hours and then use those tools to fish for termites or to open a beehive.

"So that means that three hours before they were collecting the tools, they must have been planning something. So yes, there must be hope involved, because what is the emotion that drives you to do these things?"

Emotions, such as shame, that have been thought to be particularly human can also be seen in animals, he says.

"When we are ashamed we hide our face, we lower our eyes, we make ourselves look small, we want to sink into the ground; that looks very much like a submissive display in the primates.

So behaviourally, it looks very much like the sort of behaviour that we see in primates who are in trouble with somebody else, or with the group as a whole.

"And so my thinking is that all these emotions, even the ones that we consider very, very complex like shame and guilt, can be found in other species."

Outrage, or a sense of unfairness, is another emotions he says has been observed in research.

He says if one gets a reward that is less interesting the aggrieved monkey will make his feelings clear.

"You can give two monkeys for the same task pieces of cucumber, they're perfectly fine with that, they will do the tasks 30 times in a row. But now you give one of the two grapes - grapes are so much better than cucumber.

"Now the one who gets cucumber becomes upset, even though normally that monkey has no trouble performing the task for cucumber, If the other one gets grapes, they become upset, they throw the food away, they refuse the task and just sit in the corner."

More sophisticated notions of fairness can be seen in apes, he says.

He says this is because they, just as humans, have evolved in cooperative societies.

"They understand that if they don't have equal outcomes, they get into trouble with each other."