A previously undiscovered early recording of 'Blue Smoke', the song that launched New Zealand's recording industry, has been unearthed. 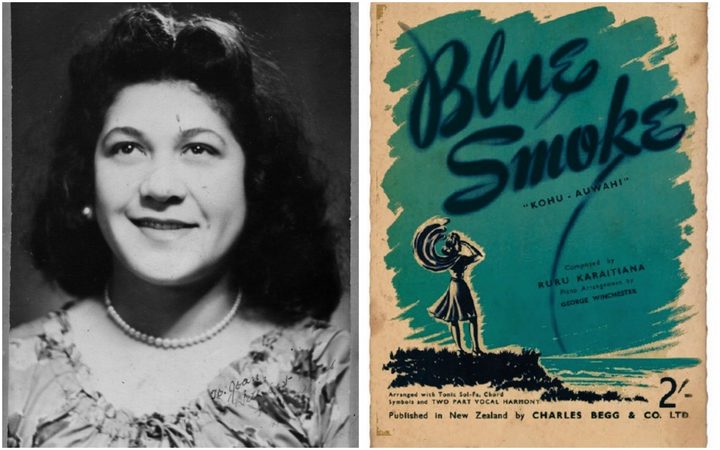 'Blue Smoke' was the first record wholly produced in New Zealand. As well as being composed recorded, and pressed here, it was distributed by a New Zealand record label.

The 1949 record featured Pixie Williams and the Ruru Karaitiana Quintette and was released on the New Zealand-owned label TANZA – To Assist New Zealand Artists.

But the song was actually written nearly a decade earlier, during World War II.

There are anecdotal accounts of it being sung by soldiers. A handwritten version of the lyrics was found in the pocket of the famous Māori V.C. Moananui-a Kiwa Ngarimu, when he was killed in 1943.

Music historian Chris Bourke found mention of 'Blue Smoke' in newspapers from the war when he was researching his book, Blue Smoke: The Lost Dawn of New Zealand Popular Music 1918 to 1964.

The song's writer – Ruru Karaitiana – was a soldier of the Māori Battalion and was shipped home wounded in 1943. It's presumed he and other returning soldiers brought the song back with them.

There are a couple of late-1940s radio recordings of it, but now finally, New Zealand's sound and vision archive Ngā Taonga has verified a recording which proves it was being sung in New Zealand during the war.

How the recording was uncovered

This year is Otago University’s 150th anniversary, and the team at Ngā Taonga had been delving into their archive to find recordings to help commemorate the occasion.

They found an acetate disc with the label, “Items by capping students. Recorded from a broadcast at 4ZB.” 4ZB was the Dunedin's commercial radio station.

There’s no date for the capping recording, but on the other side of the disc is a recording of an assembly at King’s High School in Dunedin, at which the rector announces Adolf Hitler's death. 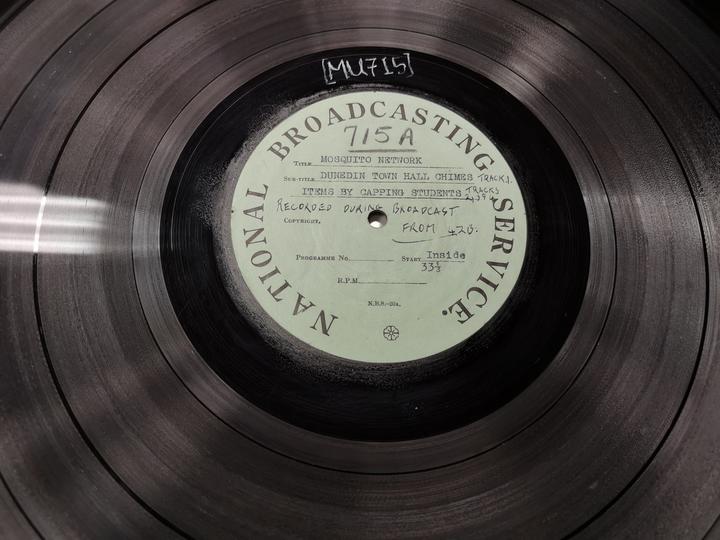 The 16-inch acetate disc on which these items were recorded in 1945. Photo: RNZ collection, Ngā Taonga Sound & Vision

So back to the other side:  “Items by capping students” – the team at Ngā Taonga think the performances on it were from 1945’s Capping Concert, which was a big event in Dunedin, held over four nights.

It seems 4ZB invited some of the cast to come in and record items for broadcast to soldiers on the ‘Mosquito Network' – temporary radio stations set up to entertain forces in the Pacific. 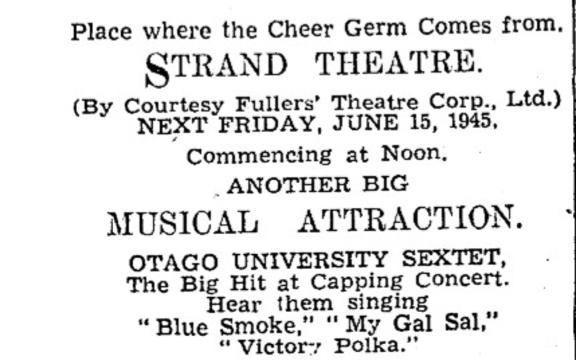 The Otago Capping Band perform several items and then finally at the end of that side of the disc, a male sextet sing 'Blue Smoke', with piano and muted trumpet.

Ngā Taonga found newspaper ads for concerts by the Capping Sextet in June 1945, with 'Blue Smoke' listed as one of their items, so they're confident it's them on the recording.

The Otago University Sextet is quite an institution and recently celebrated their 100th anniversary with a concert and reunion.

So this disc is the oldest-known recording of the iconic Kiwi song 'Blue Smoke', written by Ruru Karaitiana in 1940 and performed by the Otago University Sextet in May 1945 for radio broadcast.

Proof that it was popular and being sung in New Zealand four years before it was famously recorded by Pixie Williams and released by TANZA in 1949.